There was some unexpected 11th-hour drama in the OPEC+ meeting, with the members deciding to delay a decision due to disagreements between some nations. 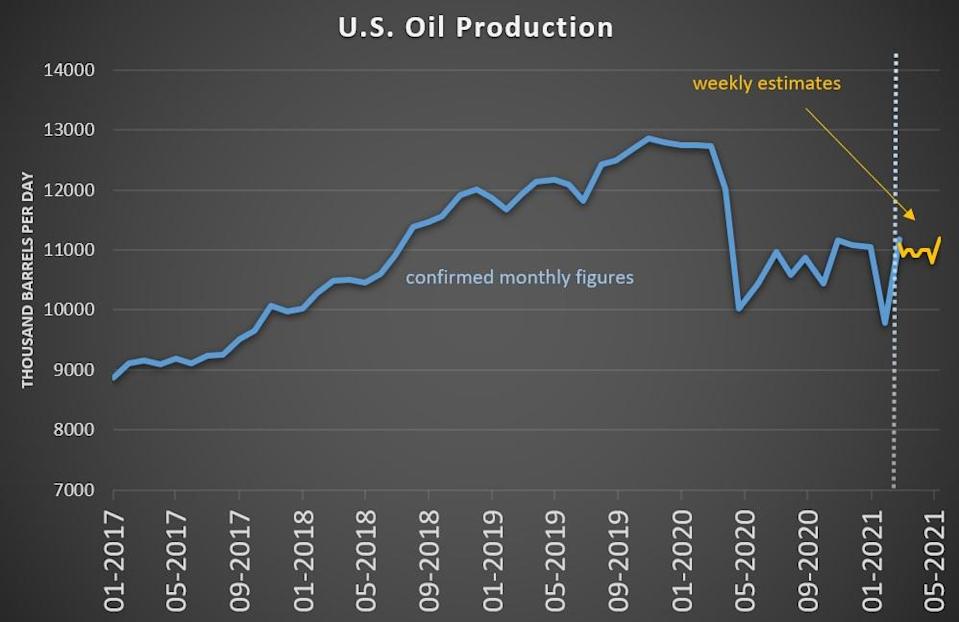 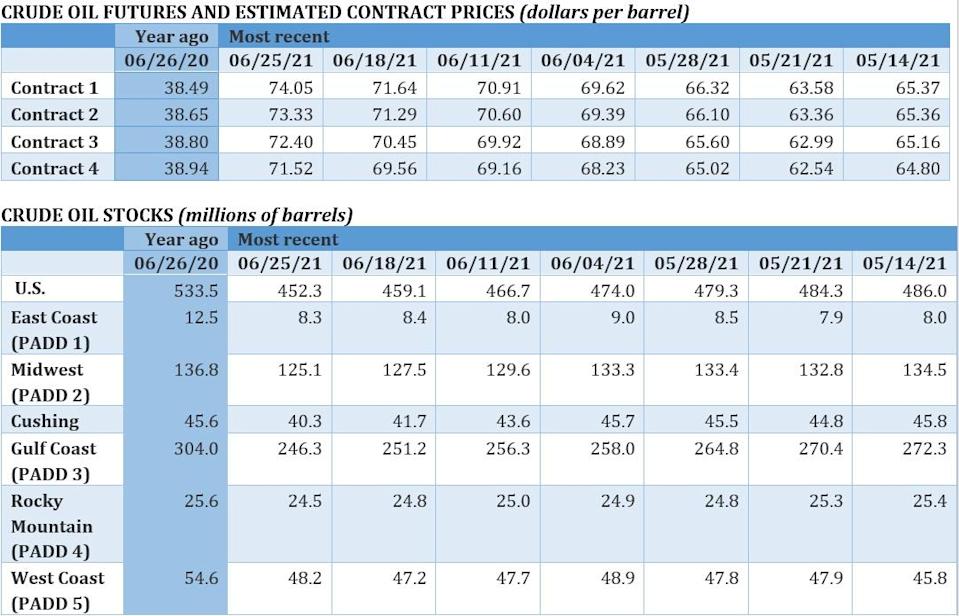 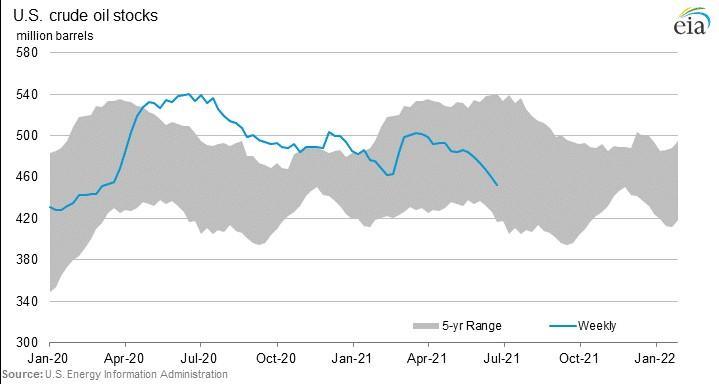 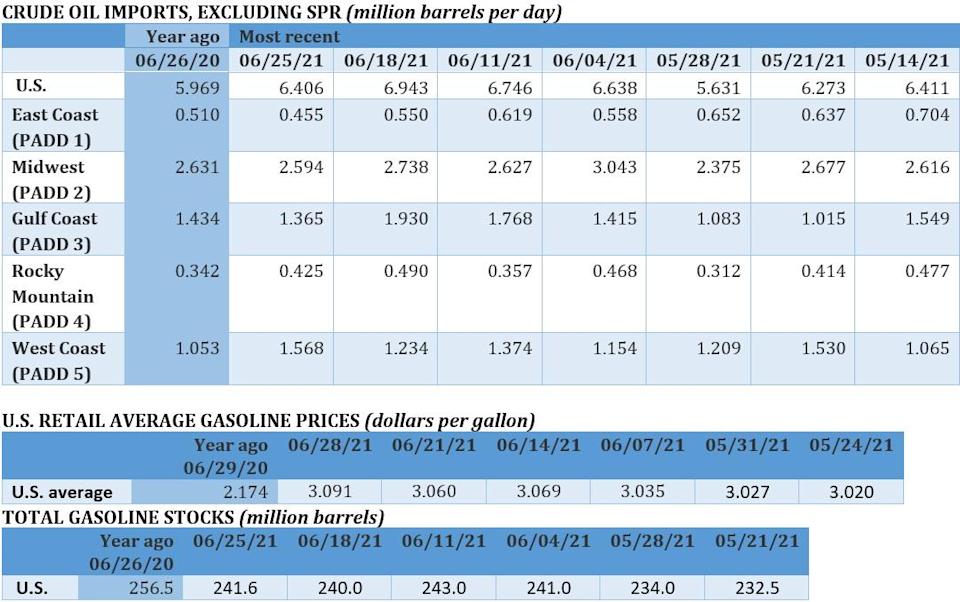 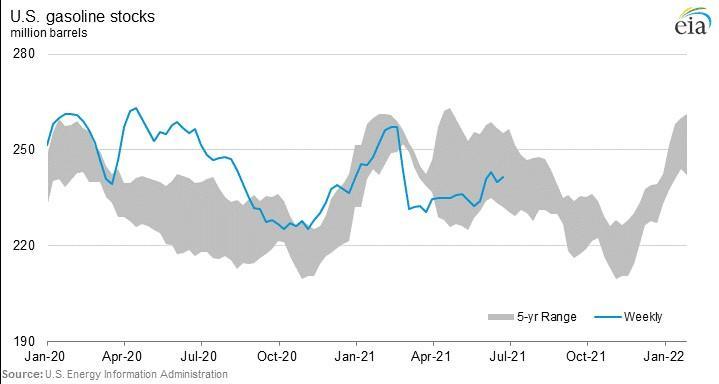 The OPEC+ meeting resulted in some unexpected 11th-hour drama, delaying a decision that was expected on Thursday. Oil prices slipped on the news.

But the outcome could still be a bullish one. The size of the proposed production increase was lower than most analysts had expected, coming in at an average monthly addition of 400,000 bpd, whereas expectations had been for 500,000 bpd. But there is also a possibility that OPEC+ might not add any barrels to production. The group meets again on Friday.

UAE delays decision. The UAE delayed a deal as it demanded a higher production quota. “Negotiations today will be difficult as OPEC+ knows that if the UAE is allowed to produce from a different base, other members may protest,” Rystad Energy said in a note.

India’s demand back to 90%. India’s gasoline consumption has rebounded to 90% of pre-virus levels as motorists took back to the roads with Covid-19 curbs being eased

ExxonMobil caught on tape. An ExxonMobil (NYSE: XOM) lobbyist was caught on tape suggesting that its support for a carbon tax was a ploy to head off more restrictive measures. He also acknowledged that the company supported front groups to muddy the public perception on climate change. On Friday, CEO Darren Woods wrote in a post disavowing the comments and reiterating support for certain climate measures.

Shadow lenders take over U.S. shale patch. Banks have started to cut their exposure to the U.S. shale patch. While traditional lenders are cutting their losses and de-risking energy loan portfolios, alternative capital providers are stepping up to scoop up U.S. energy debt at a discount and take part in debt or equity transactions that could give them returns sooner than a loan would for a bank.

Canadian oil sands expected to grow. The 590,000 b/d Trans Mountain Pipeline expansion and the 370,000 b/d Line 3 expansion by Enbridge (NYSE: ENB) opens up room for the increase in Canadian oil sands production, according to IHS Markit. The 10-year forecast still calls for 3.6 million b/d, up 22% from the fully restored, post-Covid-19 pace of 2.95 million b/d.

Gas producers want higher prices for “green gas.” U.S. natural gas drillers are trying to market “green gas” or “responsibly produced” gas for a markup of around 5%, but so far there are few takers.

EPA underestimating methane leaks. The Environmental Protection Agency (EPA) has underestimated methane emissions caused by oil and gas production by as much as 76 percent, according to a new study.

Utilities need $500 billion to make grid resilient. The heat dome led to blackouts in the Pacific Northwest, in a preview of what is to come with rising temperatures. One study says that U.S. utilities need to invest $500 billion to upgrade the electric grid and harden it for a warming world.

Freeport LNG optimistic on FID. Freeport LNG could sign sufficient long-term contracts by the end of the year to sanction a proposed fourth liquefaction train at its Texas export facility, according to S&P Global Platts.

Chevron considers sale of some Permian assets. Chevron (NYSE: CVX) is considering a sale of two collections of Permian assets for as much as $1 billion.

Shell, EDF and Ørsted win offshore wind in NJ. NJ awarded approvals for 2.6 GW of offshore wind this week, handing out permits to Shell New Energies US and EDF Renewables North America, as well as Ørsted.

Global gas prices soar. Global prices for natural gas are at multi-year highs, with high temperatures driving up demand for power generation in the northern hemisphere for air conditioning and as traders in some regions replenish stocks ahead of winter. European gas markers TTF hit multi-year highs, as well as the important JKM marker in Asia, which jumped above $13/MMBtu.

Shortage of EV metals. Reuters does a deep dive into the long-term trajectory of metals markets as the EV boom accelerates.

Peru’s oil industry bouncing back. The growing likelihood of the socialist candidate winning has sent a shudder through Peru’s political establishment, the business community as well as mining and oil industries. There are signs, however, despite the political turmoil Peru’s petroleum industry is recovering.

By Michael Kern for Oilprice.com