There’s certainly plenty of reasons to believe Nvidia (NASDAQ:NVDA) stock is overextended right now. Traditional valuation metrics are just about as high as they’ve ever been for the chip giant. Its price-earnings ratio sits above 90 currently, worse than roughly 83% of industry peers. 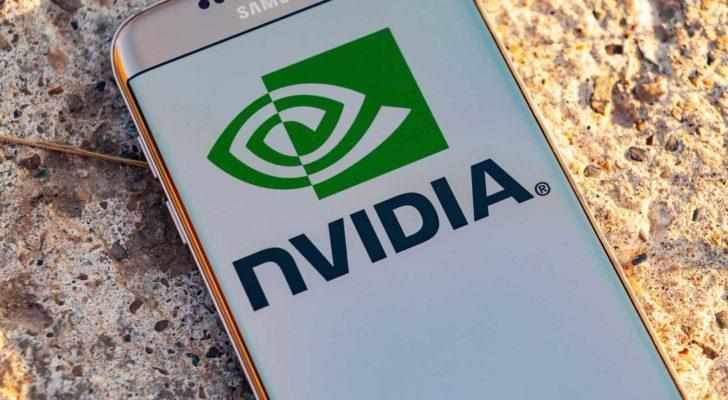 But guess what? It doesn’t matter long term because there’s many more reasons to believe it’ll rise. There may be a temporary cooling period, but company prospects are as bright as ever.

I’d say that NVDA stock has every right to have moved as high as it has over the past five weeks.

There was very little bad that could possibly be said about Nvidia’s Q1 results. Revenue was up massively from a year earlier, and 13% on the quarter. Net income more than doubled over the past year, and 31% on the quarter. The overall business and financial picture were stellar.

And on a business-by-business basis things were equally positive. Gaming revenues were more than double where they were a year earlier. And each of Nvidia’s data center, professional visualization and automotive businesses also realized revenue growth as well.

Just about the only arguable dull spot was that cash flows from operations declined 9% from the previous quarter. Even that could be explained away in that the company made a $317 million investment in capital expenditures.

On those results NVDA stock has been tearing upwards from $546 in mid-May to hitting $800 this week. The price chart indicates that shares might run sideways for a bit, but most believe it’ll continue upward.

If most believe it’ll continue to rise, what then might cause it trouble?

One of the major concerns about Nvidia moving out of the pandemic is that its gaming revenues may falter. The bearish thesis is that as the pandemic wanes so too will gaming pulling Nvidia down in the process.

Gaming did contribute $2.76 billion to Nvidia’s $5.66 billion of revenues in Q1. But that argument relies on the idea that gaming only became popular because we were cooped up due to the pandemic. It’s just as easy to believe the trend is here to stay and that the pandemic simply added fuel to the trend.

Then there’s the idea that Nvidia should drop because it’s overpriced.

That Nvidia is technically overvalued is likely news to no one. As I mentioned at the beginning of this article, it carries a very high P/E ratio. The company’s other valuation metrics are equally skewed. Nvidia’s price-book and price-sales ratios are both among the lowest 5% in the semiconductor industry.

But these concerns are nothing new and the fact remains that Nvidia has been on a long upward trend since the end of 2018. Those who have bet against it over the last two-and-a-half years have lost.

Investors will continue to be willing to pay richly for a dollar of its earnings and many multiples of its book value as long as it remains hot. Many believe Nvidia is going to stay up.

There’s one simple way to gauge whether investors believe Nvidia’s prices will go down. It’s one we often associate with low-priced, volatile meme stocks rather than NVDA. That’s short interest.

Short interest volume for Nvidia is down over the last month by 6.29%. So those investors clearly abandoned the idea that shares would go down.

Clearly Wall Street believes that will be exactly what happens. In the last few days analysts from Wells Fargo (NYSE:WFC), Tigress Financial, and Raymond James (NYSE:RJF) raised their price targets to between $875 and $920.

There are far more people believing in NVDA than not. The same old narratives follow it but those who invest in those will be fighting against a greater tide.