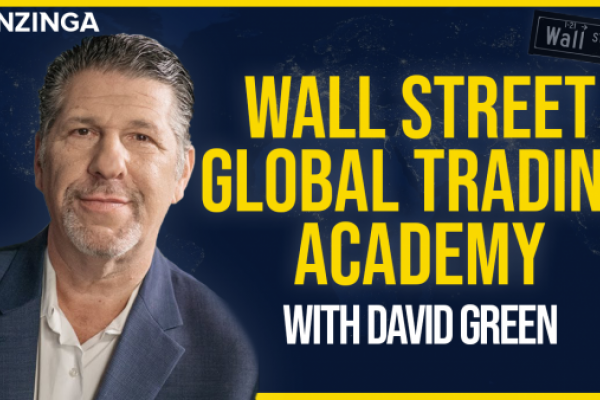 David Green, host of Live Trading With David Green on Benzinga, pointed out the strong trend in NVIDIA's stock on Monday's show.

“I want to be long NVIDIA,” Green said. “We will get a lot of action once we have earnings coming out.”

Live Trading With David Green is a morning trading show in which David live trades the open on Benzinga. The show airs Monday-Wednesday at 9:25 am ET on BenzingaTV.

Stocks Discussed On The Show

Green also discussed GameStop Corp (NYSE: GME), saying that he was not willing to short the stock at current levels.

“It looks like a better buy than a sell right now,” Green said.

Green also said he was long Roblox Corp (NYSE: RBLX), saying the stock was tough to trade, but that he liked it at current levels (around $75 a share). Additionally, Green explained that he was long Virgin Galactic Holding Inc (NYSE: SPCE), via selling puts.

“SPCE came down right to our pivot levels at $27.60, I would be fine owning stock at that price which is why we sold puts right at that level,” Green said.

Green mostly executes quick day trades, both on the long and short side. When a stock hits one of his pivot points he initiates a buy order with a tight stop loss.

Watch the full episode in the clip below, or click here to watch.

Benzinga’s Wall Street Global Trading Academy follows Wall Street Veteran David Green as he live trades at the market open breaks down what he is trading today. The show streams live Monday-Wednesday at 9:25 am ET on Benzinga's Youtube, Twitter, and Twitch.

David Green is a 30-year veteran of Wall Street, including 13 years as a specialist on the floor of the New York Stock Exchange. Since retiring from the floor, Green spends his time helping retail traders. Green built a full-fledged trading course, Wallstreet Global Trading Academy, with fellow floor trader Peter Tuchman. To learn more about the course, click here or follow it on Facebook.