Nike stock could surge another 50% after monster earnings report: analyst

Nike's stock is shaping up to be a slam dunk in investors' portfolios for the foreseeable future after a blowout earnings report Thursday evening sent shares soaring, most analysts contend.

"[Nike] shares should rise another 50% from here," said Jefferies analyst Randal Konik in a research note to clients. Konik rates Nike as his top pick with a $200 price target.

Added Konik, "Nike is one of the best brands on the planet, the global consumer is very strong, the company is furthering its connection with its consumer through tech, and the company's distribution model is moving away from wholesale. All this means NKE should see strong absolute and relative revenue growth, rising margins and accelerating EBITDA$ [earnings before interest, taxes, depreciation and amortization] and free cash flow."

Hard to argue with that stance.

The footwear giant reported record sales in North America for its fourth fiscal quarter. Sales surged 141% from last year, and 29% compared to the fourth quarter of 2019 (aka pre-pandemic). Digital sales soared 147% from the fourth quarter of 2019. Even China sales — where Nike has been swept up into consumer protests over its stance on Xinjiang — increased in all product categories in the quarter (led by a 34% increase in equipment sales). Jordan brand sales rose an impressive 31% to $5 billion in Nike's just completed fiscal year. 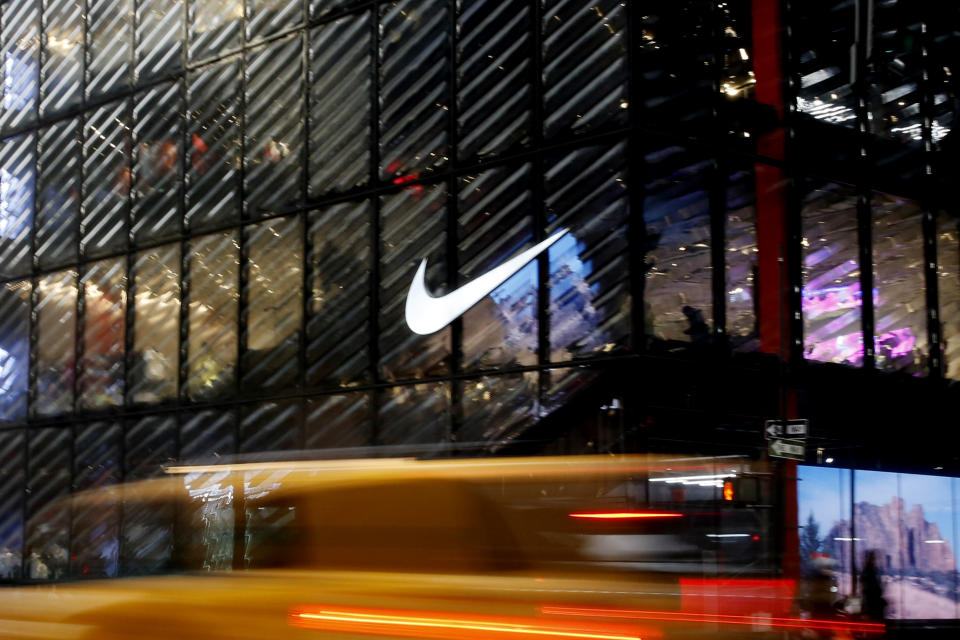 NEW YORK, NEW YORK – FEBRUARY 22: A Taxi crosses in front of the Nike store on February 22, 2021 in New York City. NIKE, Inc. (NYSE: NKE) will trade ex-dividend in the next days as NIKE’s earnings have been almost flat over the past five years. (Photo by John Smith/VIEWpress via Getty Images)

Siegel reiterated an Outperform rating on Nike and issued a $174 price target.