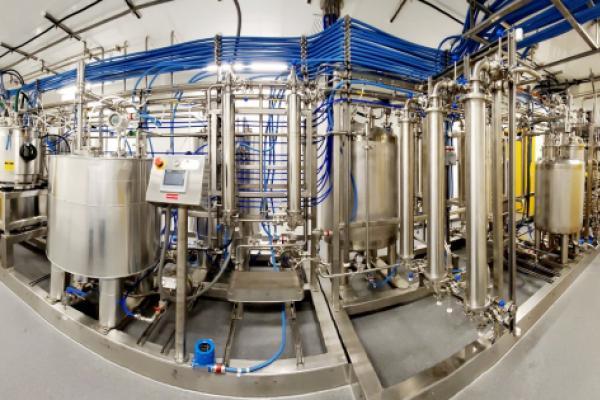 As the United States federal government continues to look at the option of national cannabis legalization, there are now only two states which haven't been given limited access. As a result of the U.S. government dragging its feet on federal legalization, large multinational companies are investing in Canadian licensed producer partnerships to understand cannabis and develop intellectual property to deploy in a federally legal system.

Doing so will presumably give these companies a competitive advantage once cannabis is legal on a federal level in the United States. Since its inception, one Canadian company hyper-focused on this issue is Nextleaf Solutions (CSE: OILS)(OTCQB: OILFF), a Health Canada licensed processor and technology company obtaining patents at lightning speed for the extraction, distillation, and delivery of cannabinoids.

Nextleaf, a Vancouver, B.C.-based company, owns one of the largest portfolios of U.S. patents in the industry and just announced the launch of its Specialty Molecules Division to focus on developing and commercializing novel psychoactive compounds. The division is being fueled by the company's existing intellectual property (IP) portfolio, including the manufacturing of CBD-O-acetate and the recently announced U.S. patent for the synthesis of THC-O-acetate.

Nextleaf expects to announce a future R&D and innovation agreement with a large strategic partner operating in the cannabis or pharmaceutical space. The initial focus of the Specialty Molecules Division will be to commercialize more complex cannabinoid-based treatments that may provide a therapeutic alternative to opioid-based medications.

Patent Acquisition is an "Arms Race"

Nextleaf, which has been in operation since 2017, observed that 7 of Canada's top 10 cannabis-patent holders are multi-national pharmaceutical companies, including Pfizer (NYSE: PFE), the recently acquired GW Pharmaceuticals (NASDAQ: GWPH), and Merck (NYSE: MRK). Nextleaf is now one of the largest owners of cannabis patents in the world and recently announced the issuance of its 15th U.S. patent and now owns 80 globally, with another 30 applications pending.

Nextleaf CEO Paul Pedersen recently admitted to Forbes.com that patent speed isn't just a strategic decision; it's a necessity for industry survival and one that's easier because of the company's north-of-the-border geography. "We really believe it's an arms race — a land grab — right now. But more importantly than that, there is a lack of prior art at the U.S. patent office when it comes to cannabinoids because it's federally illegal. And I think this is a huge advantage for Canadian companies that can do R&D legally."

Patents and a Prohibition-Era Brand Offer a ‘Glacial' Sized Opportunity

Nextleaf isn't happy just touting its research as the company announced it will launch an award-winning prohibition-era brand to enter the consumer-branded products arena. Glacial Gold is a previous category leader in specialty concentrates and extracts at an accessible price for its consumers. The roots of the brand are in British Columbia, and its initial launch in the province is expected this quarter, with the goal of going nationwide throughout Canada by the end of the year. Nextleaf's entrance into consumer branded products comes at a time where Canadian LPs are being acquired by large companies for their market share.

Even with its patent strategy centered around the U.S., the Canadian company is expected to hold firm to its roots. Nextleaf has made it clear that the federally legal jurisdiction of Canada will continue to be the hub to validate its technology for application in emerging cannabis jurisdictions worldwide.