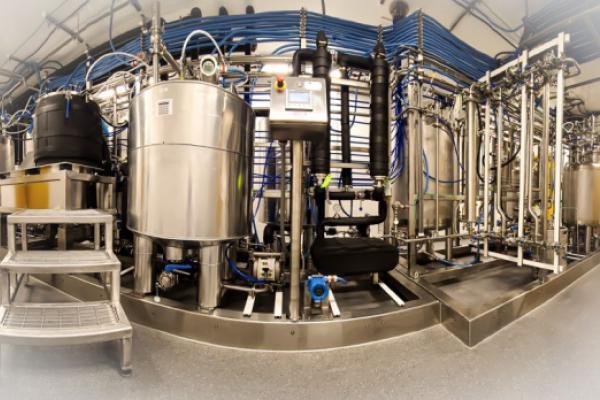 Only two states in the U.S. haven't awarded their residents even limited access to marijuana. As a reaction, cannabis companies are in a patent sprint to ensure they have the right processes and equipment in place for what is believed to be an any-time-now go-ahead from the federal government for nationwide legalization. And those engaging in the race are not all from the U.S. Count Canada's Nextleaf Solutions (CSE: OILS)(OTCQB: OILFF) as a company that is obtaining patents at lightning speed to move dry cannabis and hemp biomass to a standard cannabinoid.

Nextleaf, a Vancouver, B.C.-based extraction company, owns one of the largest portfolios of U.S. patents in the industry and just announced the launch of a Specialty Molecules Division to focus on developing and commercializing novel psychoactive compounds. The division is being fueled by the company's existing intellectual property (IP) portfolio, including the manufacturing of CBD-O-acetate and the recently announced U.S. patent for the synthesis of THC-O-acetate.

Nextleaf expects to announce a future R&D and innovation agreement with a large strategic partner operating in the cannabis or pharmaceutical space. The initial focus of the Specialty Molecules Division will be to commercialize more complex cannabinoid-based treatments that may provide a therapeutic alternative to opioid-based medications.

Patent Acquisition is an "Arms Race"

Nextleaf, which has been in operation since only 2017, recently issued its 15th U.S. patent and 80th globally, with another 30 applications pending.

Nextleaf CEO Paul Pederson recently admitted to Forbes.com that patent speed isn't just a strategic decision; it's a necessity for industry survival and one that's easier because of the company's north-of-the-border geography. "We really believe it's an arms race — a land grab — right now. But more importantly than that, there is a lack of prior art at the U.S. patent office when it comes to cannabinoids because it's federally illegal. And I think this is a huge advantage for Canadian companies that can do R&D legally."

A ‘Glacial' Move Into the B2C Space That's Anything but Slow

Nextleaf isn't happy just touting its research. The company has also pulled a prohibition-era name out of mothballs to enter the branded consumer products arena. Glacial Gold is a previous category leader in specialty concentrates and extracts and now under Nextleaf operations.

"In alignment with our B2B extraction and processing business, this launch into B2C branded products allows us to fulfill the value of our IP through commercialization, diversify revenue streams and utilize the cannabis plant to its full potential," said Pederson. "Our established advantage in processing efficiency and low-cost, high purity cannabinoid ingredients translates easily into manufacturing Glacial Gold products at scale."

With the patent move into the U.S., don't expect the Canadian company not to hold firm to its roots. Glacial Gold will be sold in only two Canadian provinces, and Nextleaf has made it clear that Vancouver will continue to be the hub to validate its technology.