GameStop doesn’t really need any help to ignite any sort of rally in the stock market these days. Nonetheless, a nod by the company’s chairman during the annual shareholder meeting in Texas today certainly didn’t hurt. According to reports, GameStop Chairman Ryan Cohen presided at the meeting, and he was quick to give credit where it was due, calling the WallStreetBets crowd “special” and saying,

“We’re fortunate to have such a special group of investors holding the company’s shares. You guys inspire us to think bigger, fight harder and work longer each day.”

Cohen isn’t your average company chairman. He is an activist investor who only entered GameStop stock because he wanted to see the company take a different direction. After joining the board, he was nominated to the top spot in April amid a management shakeup.

Cohen, who is also the co-founder of Chewy, is known for pushing the company to sell its brick-and-mortar locations in light of a shift in the gaming industry to a digital model. He officially becomes chairman of the GameStop board today.

GameStop appears to have a second wind with Cohen at the board helm and the Reddit investor crowd in tow. The chairman reportedly discussed a new strategy for the gaming retailer but kept the details close to the vest. One thing that is clear is that he is focused on driving shareholder value, which suggests that investors could ride this train for the foreseeable future.

Meme stocks are a mixed bag today. While GameStop is on a tear, yesterday’s darling Clover Health is a different story, with investors taking profits and sending the SPAC-related stock 10% lower. 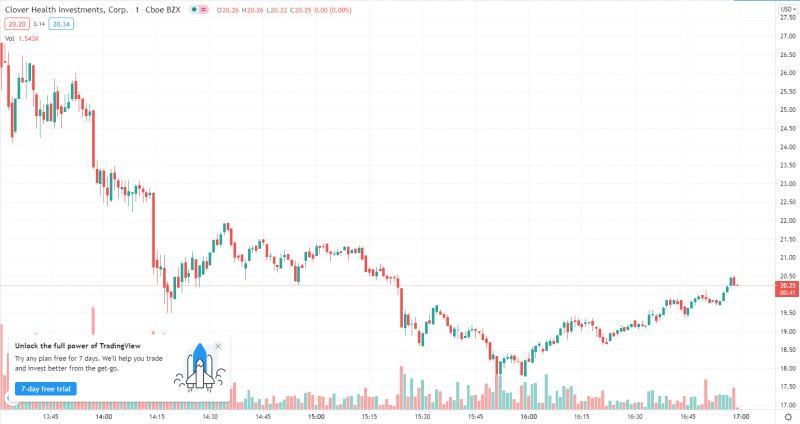 While it isn’t unusual for meme stocks to be volatile as retail investors and hedge funds wrestle for control, just yesterday Clover shares soared 85% and became the latest target of the WallStreetBets crowd. If Clover investors are hoping for similar gains they have seen with GME or AMC shares, however, they will have to be patient.

Clover Health is up 25% so far this year, which by usual standards is outperforming the S&P 500. But GME and AMC stocks are up a much more impressive 1,500% and 2,300%, respectively, leaving their newest club member in the dust.