Dallas, Texas-based New Concept Energy (NYSEAMERICAN:GBR) is far from the most well-known energy resource development businesses. And prior to 2021, it’s probably fair to say that many financial market traders had never heard of GBR stock. 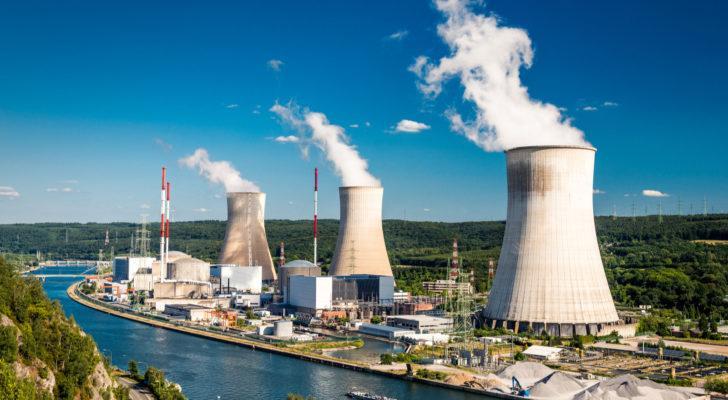 For one thing, it’s a tiny company. The last time I checked, New Concept Energy had a market capitalization between $28 million and $29 million.

Besides, as we’ll see, GBR stock was stuck in a range for many months – until the meme-stock speculators took control.

It’s a volatile stock that’s not really appropriate for large position sizes. Still, we can construct an argument in favor of owning a few shares, as long as you’re fully aware of the risks involved.

So, let’s start with the basics. New Concept Energy, despite the name, actually isn’t new as the company has been around since 1978.

New Concept Energy turned its focus to energy-resource development in 2003, and today it’s a fully integrated oil and gas producer.

Geographically, the company concentrates on North American oil and gas drilling and exploration projects, and more specifically on properties in the Appalachian and Utica Basins.

Even though the company is rather small, apparently New Concept Energy is on the lookout for new projects.

In particular, company is seeking projects with low to minimum risk (which is understandable), in the range of $10 million to $30 million.

These can be onshore and offshore projects “with current production or shut in wells.”

Heck, there’s even contact info listed to submit exploration projects. Anybody got $10 million to spare?

Flippant comments aside, there’s no clear reason why New Concept Energy shares should fly to the moon.

And indeed, throughout much of 2020, GBR stock stayed between $1 and $2. No offense, but I’d say it probably belongs there.

The next thing you know, on Jan. 28, 2021, InvestorPlace contributor Sarah Smith reported that New Concept Energy shares went up 600%.

To make sure that I wasn’t hallucinating, I dug deeper and found that GBR stock did, in fact, make a 6x move to the upside.

Surely, there must have been terrific news happening at New Concept Energy. Right?

Not so much. As Smith observed, there wasn’t any clear explanation for the sharp move in the stock price – except that it might be a r/WallStreetBets rally.

These Reddit-fueled run-ups are notorious for losing steam quickly. It’s rather difficult for most traders to time their entry and exit points in these situations.

I can’t prove that r/WallStreetBets was responsible for the rally to nearly $31 in GBR stock. All I know is that some price chasers got punished, as the share price fell below $4 in April.

That wasn’t the last time an almost inexplicable (and perhaps, inexcusable) price run-up occurred with this stock.

As InvestorPlace contributor Chris MacDonald reported on June 21, GBR stock briefly doubled in price, possibly due to a “changing of the guard among meme stocks.”

More cautious investors will probably want to look beyond the memes and focus on how New Concept Energy is actually faring as a business.

Moreover, the company had cash and cash equivalents of $43,000.

The good news is that those numbers aren’t negative. On the other hand, they’re rather minuscule.

Finally, I’ll end with this. On a trailing 12-month basis, GBR stock has a price-to-earnings ratio of 13.7.

That’s reasonable, and suggestive of a decent value as long as you’re aware that you’re dealing with a really small-scale company.

There’s nothing wrong with buying a handful of New Concept Energy shares and hoping for another Reddit-driven run-up.

Just understand that this isn’t an actual investing strategy.

It’s more of a lotto-ticket play on a tiny company – small enough that social-media traders can actually manipulate the share price at any given moment.