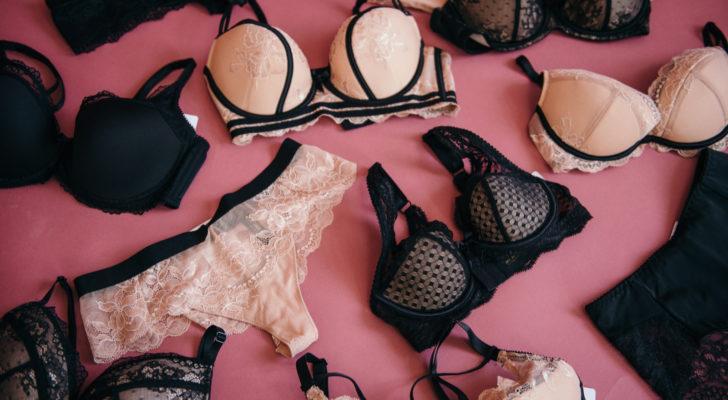 Lingerie on a pink background.

Respectfully, my colleague has lost his mind. Here’s why I feel this way.

As I write this, NAKD is trading around 67 cents. A long way from $1, the price it needs to maintain for 10 days to maintain its Nasdaq listing.

It’s got until Oct. 25 to meet this requirement of the exchange. That’s a little over four months. Not much time at all.

Despite facing a second potential delisting in less than two years, Sirois believes that NAKD stock is more interesting than it’s ever been.

Oh, I don’t know. It might have been a little more interesting in November 2018, when Naked Brand announced that it had closed its acquisition of FOH Online Corp., the exclusive licensee of the Frederick’s of Hollywood brand for global e-commerce business.

Naked Brands paid $18.2 million for the company. This includes the forgiveness of $9.9 million in long-term debt held by Naked Brand. To pay for the acquisition, Naked Brand issued 3.8 million shares at $2.20 per share.

Two Ways of Looking at This

On the plus side of the ledger, if I’m the former owner, I no longer have $9.9 million in debt hanging over my head. In hindsight, they probably should have taken 100% in cash, but that’s water under the bridge.

From Naked Brand’s perspective, it’s got a lot riding on the acquisition. Having your transaction partner angry with you more than two years later because NAKD stock hit the skids is not the reputation you want to carry around.

That’s decent, if not spectacular, growth.

If NAKD has any chance of moving higher than a buck, Frederick’s of Hollywood has got to perform exceptionally well.

Maybe it will. Maybe it won’t.

The E-Commerce Space Is Competitive

My colleague said something in his article that made me think he was somewhat half-hearted in his recommendation of Naked Brand.

“The e-commerce space is competitive, and it will not be easy for Naked Brands to carve out a niche against its entrenched competition,” Sirois wrote on June 15.

“However, let’s imagine that it announces next month that it has acquired a new, complementary brand in the sector. No one will care about how the company got to where it is now, but only about where it’s going.”

On the one hand, he acknowledges that the e-commerce industry is very competitive. It sure is.

As I said in my May 21 article about Naked Brand, I referenced an article that said Amazon (NASDAQ:AMZN) generated $415 million in 2016 sales in the men’s and women’s underwear category. That’s 18 times the sales of its Frederick’s of Hollywood business.

Five years later, Amazon’s underwear sales are likely to be closing in on $1 billion.

In the next breath, he’s basically stating that an acquisition announcement that checks some of the boxes is enough to wash away Naked Brand’s sins.

I’m pretty sure the former owners of Frederick’s of Hollywood wouldn’t quite see it that way. They’ll only be happy if their shares are made whole.

I don’t see that happening.

The post Naked Brand Doesn’t Have Any Good Ways to Top $1 in the Next Four Months appeared first on InvestorPlace.