Must be a ‘professional investor’ to do well picking stocks: Legendary investor Bruce Greenwald

Berkshire Hathaway (BRK-B, BRK-A) CEO Warren Buffett and Vice Chairman Charlie Munger earlier this month set off fierce debate over the need for expertise in stock trading when they sharply criticized popular trading app Robinhood, with Buffett comparing it to a casino that takes advantage of people's "gambling instincts."

In response, Robinhood said, "People are tired of the Warren Buffetts and Charlie Mungers of the world acting like they are the only oracles of investing."

Now another legendary investor, Columbia University Professor Emeritus Bruce Greenwald — whom The New York Times once called "a guru to Wall Street's gurus" — says success in stock trading requires professional skills and specialized knowledge. Most investors are "not equipped" with the discipline to fully understand the details of each trade they make, he added.

"To do well, to be on the right side of the trade, you have to be a professional investor," Greenwald tells Yahoo Finance Editor-in-Chief Andy Serwer.

"I'll say something that, ironically, should absolutely dominate the investment world and doesn't," he adds. "Which is, if I'm going to be on the right side of the transaction more often than not, I probably ought to be a specialist."

"You don't have internal medicine guys doing orthopedic surgery. Medicine, law is highly specialized," he says. "If I've spent my whole life trading onshore South Texas Gulf Coast oil leases, and that's all I do, you fly in from Germany and buy an oil lease from me, who do you think made money in that transaction?"

For nearly three decades, Greenwald taught a popular course at Columbia University on "value investing," which identifies stocks trading at a price lower than their book value, and patiently waits for them to rise. The approach owes its worldwide renown to its most famous advocate, Buffett, who occasionally spoke as a guest in Greenwald's course.

Story continues'You have to be incredibly disciplined'

Apps like Robinhood drew criticism from SEC Chair Gary Gensler earlier this month because they allegedly "gamify" stock trading and raise a potential conflict of interest for market makers that profit from the execution of high-volume trades.

But Robinhood considers itself a much-needed trading platform for small investors who often lack affordable and easy access to the stock market.

While many Americans hold at least some investment in the stock market, the majority of assets are owned by a small group of the wealthiest people.

A Gallup poll released last June found that 55% of Americans say they have money invested in the stock market. But the richest 10% of U.S. families own 84% of overall equity holdings, according to a New York Times analysis of the Federal Reserve's 2019 Survey of Consumer Finances. 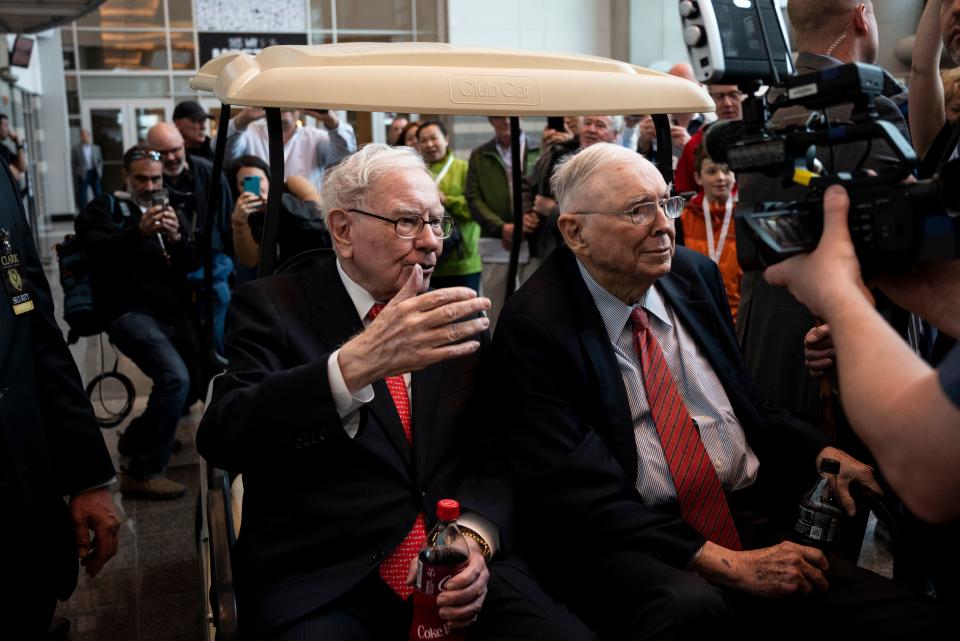 Speaking to Yahoo Finance, Greenwald warned that everyday investors lack the wide-ranging knowledge to make savvy trades across different sectors of the economy. A dentist could hit on trades in dental companies, he said.

"The problem," he adds. "Is once the dentist does that in dentistry, he decides he's a market genius. And he decides he can do it every place."

"Now you have to be incredibly disciplined about why you're the person that's going to be on the right side of the trade, and most private time investors are not equipped to do that," he adds.

He advised traders to put their money in stock indexes that spread out their investments and remove errors of judgment.

"If you just buy the index, you can't be on the wrong side of the trade," he says. "And it prevents you from over-investing in the glamour stocks."