MicroVision Stock Is Poised Right Between the LiDAR Extremes

If you want to speculate on Light Detection and Ranging (LiDAR), a technology for making cars autonomous or at least safer, the place to be has been MicroVision (NASDAQ:MVIS). 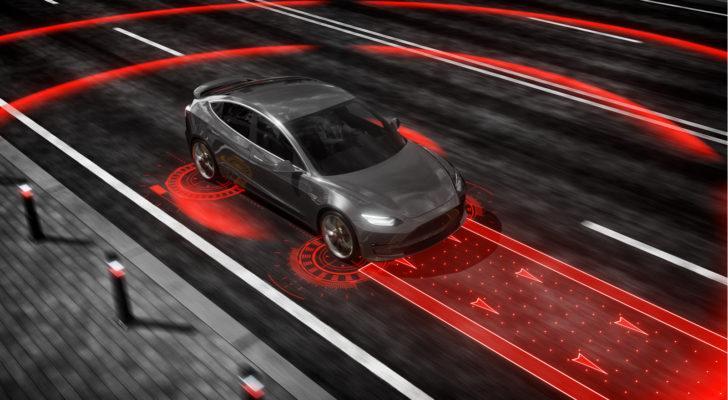 This doesn’t mean MicroVision has what will be the standard solution. But it’s certainly where the action is, the volatility and the wild price swings that get hearts pumping and the chatters chattering on Reddit.

Just this year MicroVision shares have been as low as $6 each, and as high as $26. The price can turn on a dime, while rivals Luminar Technologies (NASDAQ:LAZR) and Velodyne (NASDAQ:VLDR) remain in narrow trading ranges.

Coming into Memorial Day weekend, MicroVision is poised right between the extremes. You can get it for under $16 a share. That’s gives it a market capitalization of $2.5 billion. Talking about sales and profits is silly because, for all practical purposes, there aren’t any.

What MVIS Stock Has

MicroVision has been around since 1993. Its technology is a micro-electrical mechanical system (MEMS) scanning mirror it calls PicoP, originally developed for projected and interactive displays.

These markets have steadily drifted away. Sales peaked at $17.6 million in 2018 and were just $3 million in 2020. Instead, speculators are focused on what the company calls its MEMS-based consumer LiDAR engine, first demonstrated in 2019.

MicroVision CEO Sumit Sharma was talking up the system last October and offered an update in February. At the time, he said MicroVision units would have a range of 250 meters and could be produced, at scale, for about $1,000 each. In April, MicroVision announced it had samples available, which it could sell as early as the third quarter of 2021.

Why MicroVision is Volatile

MicroVision, on the other hand, has been public for 25 years. This means that when traders on Reddit decided its system had a chance, they could really move the stock. This stock was worth just a few hundred million last December, when it traded near $2. The market cap was well over $4 billion at its April peak.

Fate Held by Others

The fate of MicroVision, and of all LiDAR companies for that matter, is tied up in the decisions of a handful of auto makers. The auto giants, from General Motors (NYSE:GM) to Volkswagen (OTCMKTS:VWAGY) to the Chinese, aren’t just going to ask whether systems work. They’re going to ask, how much can I get it for, and what margins can I get from it?

Tesla (NASDAQ:TSLA), which is the practical leader in this space, has long preferred a system of cameras, radar and ultrasonic sensors. Elon Musk called LiDAR a “crutch” in his 2018 earnings call.

News that Tesla is even testing Luminar sent hearts fluttering throughout the space. But this is just a few test units, and it’s not MicroVision’s system.

I prefer betting on a broad market, with lots of decision makers, to a rigged one.

Any market with just a few buyers is rigged by its nature. It’s an oligopsony, just as a market with just a few sellers in control is an oligopoly. An oligopoly can be highly profitable for the sellers. I own Pepsico (NYSE:PEP) and I drink Coca-Cola (NYSE:KO). An oligopsony, by contrast, is great for the buyers, and in this market MicroVision is a seller.

I agree with Louis Navillier that MicroVision has potential. But I’m going to stay with Thomas Niel, on the sidelines, because its fate is in just a few hands.

On the date of publication, Dana Blankenhorn held a LONG position in PEP. The opinions expressed in this article are those of the writer, subject to the InvestorPlace.com Publishing Guidelines.

Dana Blankenhorn has been a financial and technology journalist since 1978. He is the author of Technology’s Big Bang: Yesterday, Today and Tomorrow with Moore’s Law, available at the Amazon Kindle store. Write him at danablankenhorn@gmail.com, tweet him at @danablankenhorn, or subscribe to his Substack newsletter.

The post MicroVision Stock Is Poised Right Between the LiDAR Extremes appeared first on InvestorPlace.