Microsoft Is Essential Infrastructure, So Buy and Hold MSFT Stock for the Long Term

The most essential infrastructure in America can be described in one word. Microsoft (NASDAQ:MSFT). Forget roads. Forget ports, whether air or sea. Forget broadband. It’s Microsoft’s cloud network, software, and engineers that keeps America going and growing. So what does this mean for MSFT stock? 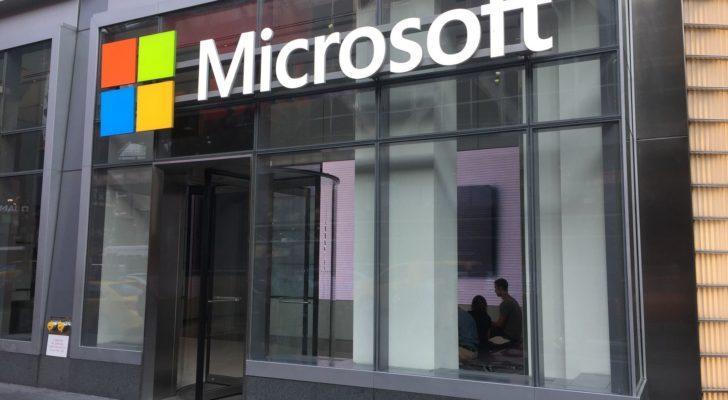 Image of corporate building with Microsoft (MSFT) logo above the entrance. tech stocks

Microsoft today is more important than AT&T (NYSE:T) and IBM (NYSE:IBM) combined. It’s also four times more valuable than they are, combined. But its importance lies beyond market cap.

Microsoft is on pace to put over $20 billion into capital spending this year. It’s part of $150 billion in cloud spending, mostly by just four companies.

Before we worry about fixing bridges or tunnels, give a thought to Microsoft’s software. It admits this is the primary vector through which America’s enemies are now attacking it.

Can Microsoft Be Made Safe?

In the new era of Cyber War, Microsoft is also our primary line of defense.

Microsoft’s latest warning concerns a Russian group dubbed Nobelium. They are using a Windows-based group e-mail program called Constant Contact to conduct phishing campaigns against 3,000 organizations. Once a single user is compromised, the whole organization and everything it touches becomes vulnerable.

Microsoft will announce a new version of its Windows operating system later this month. Windows 11 could deliver a new app store and more integration with the Xbox game platform. These could both make a positive impact on future revenue. That revenue and profit hit may not all be reflected in Microsoft’s current stock price.

Yet that price is very high. Microsoft is already worth almost 12 times annual revenue and 33 times earnings. Bears suggest it may be overvalued because of big government. World leaders are now focused on extracting more tax revenue from the company. A recent report on how it avoided Irish taxes by routing its money through Bermuda may come back to haunt it.

CEO Satya Nadella still isn’t a billionaire. But he has built a legacy that puts founder Bill Gates in the shade. He did it by embracing something Gates fought against for decades, open source.

Microsoft resisted open source because its benefits flow primarily to users. Nadella’s reversal on this transformed the company. Computing was something companies like IBM took away from their clients. For Microsoft, computing is a collaboration. This has become Microsoft’s strength. Given how people are human, it has also become computing’s weakness.

Microsoft is not a stock you buy or sell. It’s a stock you hold , the way you do your bank account or your house.

Despite what looks on June 4 like a bearish chart pattern, Microsoft stock is up 32% over the last year. It’s up 90% over the last two years. It’s up 383% over the last five years. Weakness is a perfect opportunity for accumulation by conservative investors.

Microsoft today is America’s primary economic engine, its infrastructure and its national defense. Every effort by partners, customers, and government must be exerted to defend it. Defending it means defending our economy.

How Nadella charts Microsoft’s way through this challenge will determine how well your investment does. Just know that when you’re buying Microsoft stock, you’re buying more than just a software company.

On the date of publication, Dana Blankenhorn held LONG positions in MSFT. The opinions expressed in this article are those of the writer, subject to the InvestorPlace.com Publishing Guidelines.

Dana Blankenhorn has been a financial and technology journalist since 1978. He is the author of Technology’s Big Bang: Yesterday, Today and Tomorrow with Moore’s Law, available at the Amazon Kindle store. Write him at danablankenhorn@gmail.com, tweet him at @danablankenhorn, or subscribe to his Substack https://danafblankenhorn.substack.com/.

The post Microsoft Is Essential Infrastructure, So Buy and Hold MSFT Stock for the Long Term appeared first on InvestorPlace.