Microsoft (MSFT) closed out the trading day on Thursday with a market capitalization of more than $2 trillion. It was the first time the company closed at the price, putting it alongside Apple (AAPL) as the two major tech firms with market caps above $2 trillion.

Microsoft crossed the threshold for the first time on Tuesday, before settling back below $2 trillion to end the day. Apple closed out Thursday with a market cap just above Microsoft's at $2.22 trillion. Google parent Alphabet (GOOG, GOOGL), Amazon (AMZN), and Facebook (FB) meanwhile have market caps of $1.67 trillion, $1.73 trillion, and $973 billion, respectively.

While its rivals have faced increasing antitrust scrutiny, including lawsuits by the Department of Justice and Federal Trade Commission, and a raft of new antitrust bills, Microsoft has largely escaped the newfound tech reckoning unscathed. 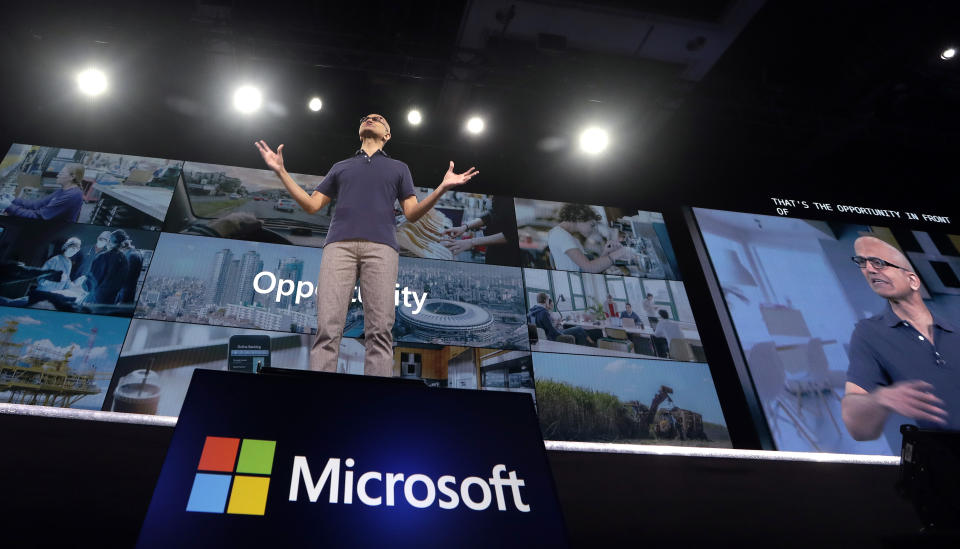 Like Amazon, Microsoft's growth prospects are pegged to its cloud platform Azure, which has been a major driver for the company over the past few years. In 2020 alone, the company's cloud business pulled in $48.36 billion, making it one of Microsoft's most profitable segments.

The company has also benefited from the increase in consumers and businesses seeking out laptops and desktops as a result of the pandemic.

The news of the $2 trillion closing follows the debut of Microsoft's Windows 11 on Thursday, the latest version of the company's flagship operating system. The new OS features an improved look and feel, enhanced multitasking and gaming capabilities, and a revamped app store. Microsoft also announced that it will allow developers to collect all of the revenue from app sold through the store, a shot at both Apple and Google, which collected 30% of that revenue.

Much of Microsoft's good fortunes have been linked to CEO Satya Nadella, who took over the company from former CEO Steve Ballmer in 2014. Just last week, Microsoft announced that it would name Nadella chairman of the company's board.