The round values 2TM Group, Mercado Bitcoin’s non-operating parent company, at $2.1 billion, ranking it among the top 10 unicorns in Latin America.

The funding comes just months after São Paulo-based Mercado Bitcoin’s Series A round (of an undisclosed amount) in January of 2021, which was co-led by G2D/GP Investments and Parallax Ventures, with participation from HS Investimentos , Gear Ventures, Évora and Genial. JPMorgan and DealMaker. 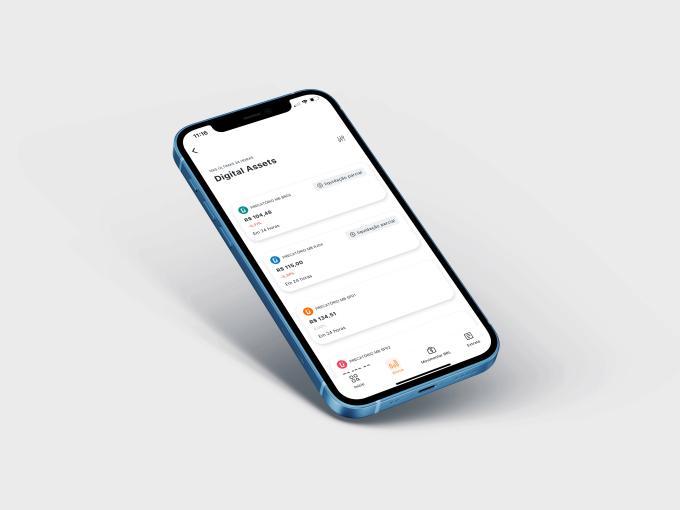 It also comes after an impressive first half of the year for the company. Between January and May 2021, Mercado Bitcoin says that about 700,000 new customers signed up to use its services, bringing its customer base to 2.8 million. That’s more than more than 70% of the entire individual investor base on Brazil’s stock exchange, according to the company. Also, during the first five months of the year, Mercado Bitcoin saw its trade volume surge to $5 billion, which is more than the total volume it saw in its first seven years combined. It’s also 11 times the volume experienced during the same period in 2020.

Founded by brothers Gustavo and Mauricio Chamati in 2013, Mercado Bitcoin was the first crypto exchange in Brazil. The company has been profitable since 2018, and until January 2021 had been bootstrapped from inception, reinvesting its cash generation into growth and portfolio expansion, according to CEO and 2TM Group Executive Chairman Roberto Dagnoni.

“This makes us a somewhat unique case in the ecosystem and among our fintech peers in general – few companies have managed to reconcile over 100% year-over-year growth with a positive bottom line,” he told TechCrunch, describing Mercado Bitcoin as “the crown jewel” of 2TM Group.

The holding company owns a number of other entities such as Meubank, a multi-asset wallet and account service currently waiting for a Brazilian Central Bank license; Bitrust, a qualified digital custodian and Clearbook, an equity crowdfunding platform, among others.

In 2019, 2TM Group became the first company in the world to tokenize public debt assets. Then in 2020, the company issued Futecoin, the world’s first digital asset based on FIFA's solidarity mechanism.

“We have also tokenized or distributed private debt, carbon credits and a variety of utility and DeFi tokens,” Dagnoni said. This year, Bitrust will extend the first Latin America based Digital Custody service.

“There is a lot more to come, and the series B round will be a relevant factor in supporting continuous innovation,” Dagnoni added. While he declined to reveal the amount of the Mercado Bitcoin’s Series A round, he said it allowed the company to invest around $40 million in expanding its operations in Brazil this year.

Latin America’s digital transformation is making up for lost time

Today, Mercado Bitcoin has about 500 employees. That compared to around 200 a year ago. By year’s end, Dagnoni projects it will have a headcount of about 700.

Besides hiring, he said that Mercado Bitcoin/2TM will also use the new capital toward expanding its service offerings and investing in infrastructure “to meet the soaring demand for crypto in the region.” In particular, the company will be focusing on acquiring new customers and product listings as well as expanding to other countries such as Mexico, Argentina, Colombia and Chile “through a combination of M&A and greenfield operations,” according to Dagnoni.

So what exactly has driven so much growth for Mercado Bitcoin? Dagnoni believes there are a number of factors behind it.

“Millions of people around the world are realizing that digital assets and cryptocurrencies are both innovative in their technological foundations and are efficient in storing of value, and Brazil is no exception to this trend,” he said.

Also, the country has seen some of the lowest interest rates on record, which he said has fueled the development of the alternative assets industry.

“Crypto is taking advantage of this trend, which is also on display for other asset classes, such as VC and private equity,” Dagnoni said.

And finally, he believes that the fact that Brazil’s financial services industry is so concentrated has spelled opportunity for fintechs in general in the country.

Paulo Passoni, managing partner at SoftBank’s SBLA Advisers Corp. (which manages the SoftBank Latin America Fund) described Mercado Bitcoin as a “regional leader in the crypto space” that is “tapping into a huge local and regional addressable market.”

He added: “At SoftBank we look to invest in entrepreneurs who are challenging the status quo through tech-focused or tech-enabled business models that are disrupting an industry – Mercado Bitcoin is doing just that.”

SoftBank has been active in Latin America as of late. In early June, the Japanese investment conglomerate said it would invest "up to $150 million" in Grupo Bursátil Mexicano (GBM), a 35-year-old investment platform in the Mexican stock market.

SoftBank pours up to $150M into GBM, a Mexico City-based investment platform