Geo Group (GEO), a company that owns and manages private prisons, saw shares soar by as much as 73% intraday on Wednesday for the stock's biggest one-day gain on record. Shares pared some advances after reaching as high as $11.00 apiece and were trading around $9 as of 11:55 a.m. in New York.

Traders on platforms including Reddit have recently been seeking new stocks to push higher, broadening their scope beyond consumer-facing firms like GameStop (GME) and AMC Entertainment (AMC). Many of these investors, communicating on forums like Reddit's r/WallStreetBets, have piled en masse into stocks popular with short-sellers in an effort to catalyze a short squeeze, with those betting against gains in the stocks hurrying to cover their positions and pushing the share prices still-higher.

Some of the latest comments on new posts in r/WallStreetBets were filled with messages like "CLNE to 15" and "So Fresh, So CLNE" as users touted potential new candidates for a rally late Tuesday into Wednesday. The stock hit an intraday high of $14.50. 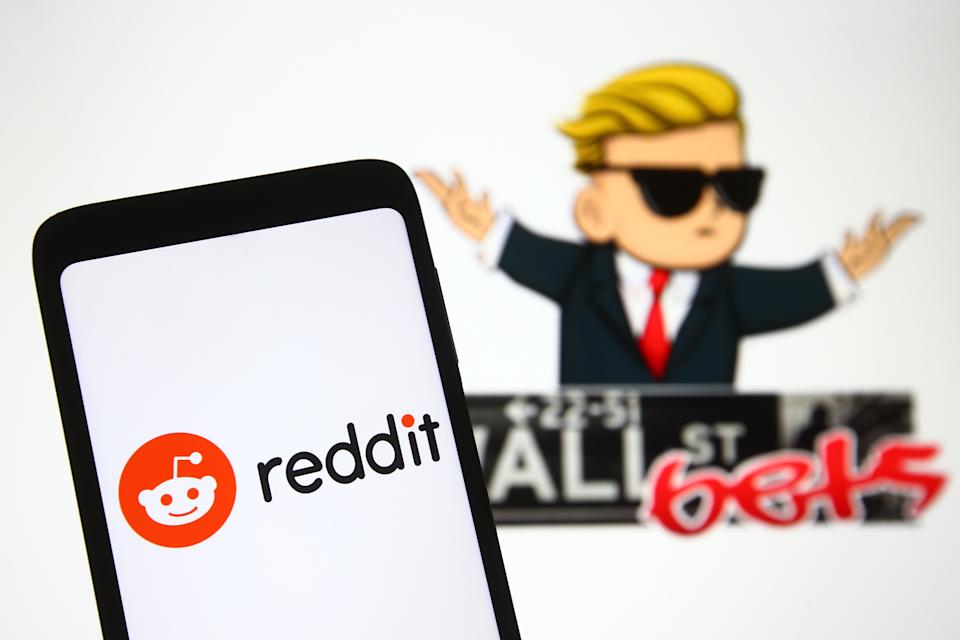 UKRAINE – 2021/02/08: In this photo illustration a Reddit logo is seen on a mobile phone screen in front of WallStreetBets (WSB) logo of a subreddit where participants discuss stock and options trading. (Photo Illustration by Pavlo Gonchar/SOPA Images/LightRocket via Getty Images)

Geo Group's stock also shared a similar profile to the original Reddit-fueled darlings. Geo Group's short interest comprises about 37% of its float, according to S3 data cited by Bloomberg on Wednesday. And the company also endured events earlier this year that sent the stock lower and made it more attractive to short sellers, after President Joe Biden signed an order to limit the government's use of private criminal detention facilities in a move that would impact Geo Group's federal partnerships.

Meanwhile, some of the other stocks that had been the subject of considerable online trader interest earlier this week already fell out of favor with some traders. Wendy's, the first fast food chain to become a notable meme stock this week, saw shares slide 11% intraday on Wednesday after jumping 26% a day earlier. The move lower also coincided with two downgrades from Wall Street firms Stifel and Northcoast, with analysts at both firms noting that the stock's valuation seemed difficult to justify after the rally.

Shares of ContextLogic (WISH), the parent company of e-commerce site Wish, also gave back some gains after soaring 50% on Tuesday. Shares of health insurance company Clover Health (CLOV) also fell 15% after an 86% jump a day earlier.