Meet the Woman Making History on Wall Street This Week

Today marks a very big day for Vintage Wine Estates. Not only is the wine producer going public with a $690 million IPO, but the company’s president Terry Wheatley will also be making history as the first woman to take an American multi-hundred-million-dollar producer public.

“I might be the first, but I’m not going to be the last,” Wheatley told Worth. “I look at my career and the time spent to get where I’ve gotten, and I’m mentoring young women now. Their careers are accelerating so much faster. There aren’t the hurdles that I had coming through the industry and when I describe them to them, they’re, I don’t want to say surprised and shocked, but some of the wars that I’ve been through, they don’t have to fight those battles. We fought them for them, so now their careers are accelerating I think twice as fast or three times as fast as what mine did. So, I won’t be the last woman taking a company, a multimillion-dollar company public. There will be more after me and probably in a rapid pace because more and more women are rising to the C-suite level.”

Related The SPAC Phenomenon: Are SPACs Here to Stay? 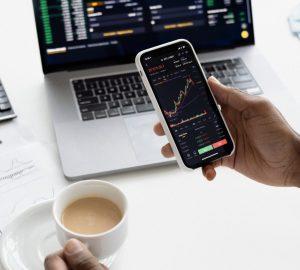 Wheatley’s career started when she was 21 at Gallo Winery. She was then recruited to Sutter Home, which is now Trinchero Family Estates. After rising through the ranks there, she struck out on her own. “It was time for me to quit trying to sell other people on what my vision was; I just needed to do it myself,” she says. So, in 2008, she gathered some friends and started Canopy Management, which housed brands of their making, including Middle Sister Wines—a wine brand that was launched at Target. Over five years, Wheatley grew the company to 300,000 cases and then sold it to Vintage Wine Estates, where she became SVP of sales and marketing after the acquisition. Four years later, Wheatley was appointed president of Vintage Wine Estates, and the dream founding partner and CEO Pat Roney had of taking the company public started to percolate.

“It was a vision Pat shared when I came to the company…that he would like to someday take the company public,” she says. “And now we’re realizing his dream, and it is going to be great for the company and for the future because imagine right now is probably the most unprecedented time in the industry for acquisitions because there really are so many people that struggled through the pandemic, and I think with the money that is coming through the public market, we will be able to acquire, maybe even at a faster rate than we’ve done. We’ve done 20 acquisitions in the last 10 years. So, if we just do what we’ve done in the last 10 years, it will be a tremendous success story. Even bigger than we already have.”

As Wheatley tells it, Roney’s dream started to take shape after the pandemic broke out, forcing wineries to close up their tasting rooms, wine clubs and restaurants.

“We had been preparing, but we just escalated the process so we could get there faster,” Wheatley says. “He’s run the company kind of like his private investment company and to access the capital that we needed to be able to acquire at the pace that we now have laid out for ourselves required a lot of additional capital. It was always a dream, but he just really ramped it up, knowing what was coming, and now it’s here.”

In the last year, SPACs have seemingly become an overnight sensation with many companies using them to take their companies public—Vintage Wine Estates is no exception.

“Two years ago, if someone said ‘SPAC,’ I would think that you were putting some kind of putty on the wall or something, it’s like a SPAC? What’s a SPAC?” Wheatley says laughing. Initially they were working with Cowan Banking Group to go public. Their initial timeline would’ve had them going public in September 2021. But they were approached by SPAC group Bespoke Capital soon after they began the process, and ultimately, they are the ones taking Vintage Wine Estates public this week.

Related The Ethical Cellar: Orange Wine Is the New Rosé 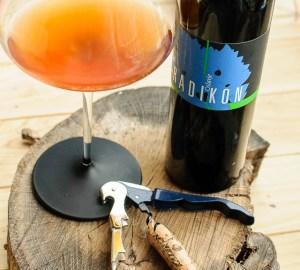 “[Bespoke Capital] changed the economics of their deal and paired it back so they weren’t taking the big slice out of the pie that I think a lot of these SPAC sponsors have done,” she says. “So, they thought to make the deal work, they had to change the structure, and they did. But the other part that we found so attractive is they had originated in Canada as a cannabis SPAC, but the real attractive part was the chairman of their SPAC is Paul Walsh, who was the CEO of Diageo for 13 years and raised like $80 billion dollars for their shareholders. He is a marketing visionary. During his tenure there, he did incredible acquisitions and did a roll-up strategy with them, kind of like parallel to what our vision was. And then their two partners, both Mark Harms and Rob Berner…had been one of the major investors in Vinventions. They are one of the largest wine closure companies, so corks, capsules and the like. So, they had studied the wine business from their investment side, and so you combine those three guys. They had raised $360 million for their cannabis SPAC, and then the bottom fell out of the cannabis side in Canada, and they needed to pivot quickly. So here is a war chest of guaranteed money. If we’d have gone public the traditional way, we would have probably raised, I’m guessing maybe $150 to $200 million. Well, this had $360 million on the table, you gained three people—two with incredible financial experience the capital markets—Paul Walsh would come in as our non-executive chairman of the board. I mean, it felt right; the culture was right. They had a war chest to bring to the table. They understood the wine business, and there’s not a lot of financial people that do.”

This week is sure to be a big one for Vintage Wine Estates as it charts a new chapter in its business. As we said our goodbyes, Wheatley said it best: “It’s going to be a fun, wild ride.”

The post Meet the Woman Making History on Wall Street This Week appeared first on Worth.