Mark Cuban Thinks Valuing Dogecoin Is Easy. Is He Right?

Mark Cuban, the billionaire owner of the Dallas Mavericks, recently tweeted and blogged about Dogecoin (CCC:DOGE-USD) and investing in cryptocurrencies. 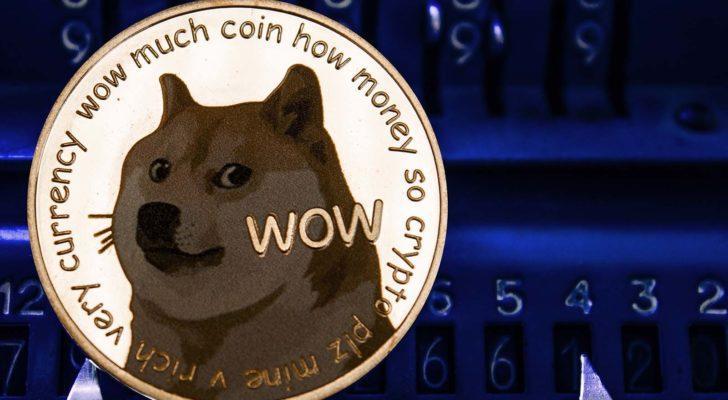 A concept image of Dogecoin (DOGE) with the Shiba Inu and text on a gold token.

According to Yahoo Finance, Cuban wrote, “There is an incredible amount of competition. So much in fact, many, if not most will not work. They will not get enough users or generate enough fees to succeed … Crypto is brutally competitive.”

He went on to say, “[A]ll other things being equal, I’m taking crypto every time.”

A big supporter of Dogecoin, Cuban believes that it’s easy to value the coin and the business behind it. Is he right? Let’s see whether he’s on to something or merely blowing smoke.

The Value of Dogecoin

Cuban believes you have to know why you’re investing before you buy. Dogecoin is no different.

“Are you investing because of some video you saw on TikTok, or a video you saw on YouTube, or a friend told you?” Cuban told The Daily Beast in a recent interview. “Those aren’t good enough reasons. Part of the fun in investing is doing the homework, finding out companies, and seeing if it’s something you agree with — and believe in.”

I strongly concur with Cuban’s statement. However, agreeing with or believing in something is far different from knowing how to value it.

Most Chartered Financial Analysts (CFAs) finish the three-year program with a rock-solid understanding of discounted cash flow (DCF) valuation analysis. CNBC’s Bob Pisani used DCF in a March 2021 article to explain why tech stocks were getting hit harder than stocks from other sectors.

At the time, investors were spooked by increasing interest rates. As a result, they reevaluated the ability of their holdings to generate future cash flow growth.

Over five years, Pisani showed that Company A, with 0% cash flow growth, didn’t lose as much of its present value as a tech company growing cash flow 10% per year over the same period.

“Companies relying on future cash flow growth experience much greater risk as rates rise, and that has been the part of the market that has really driven returns in the stock market,” Peter Tchir, head of Macro Strategy at Academy Securities, told Pisani in March. “That is why some parts of the market, like the Nasdaq 100, which is heavy in technology stocks, is getting hit much more than the Dow Jones Industrial Average, which has less companies expecting outsized growth.”

How to Arrive at a Value

How can a DCF models be used to find an intrinsic value for Dogecoin tokens? A LinkedIn article from 2018 holds some clues, including a formula:

Because I’m not a DCF expert — not even close — I can’t say if the author’s arguments are worth their weight in gold or coal dust. However, the author surely believes that all things can be solved through mathematics.

But they also have an advanced understanding of DCF valuation analysis. Cuban seems to suggest you can grab any person off the street, and they’ll be able to value Dogecoin right down to the penny.

I suppose it’s possible. But given how little is known about the factors that influence a cryptocurrency’s utility, I have a tough time believing this to be the case. Cuban, whom I admire, has the resources to figure this stuff out. The rest of us don’t.

As cryptocurrencies go, I actually think Dogecoin’s utility makes it a possible future winner. Tokens that deliver utility and not just a store of value will be the cryptocurrencies we’re talking about in the next five to 10 years.

In the meantime, anyone who tells you it’s easy to value tokens is either blowing smoke or incredibly misguided. Either way, Mark Cuban appears to be way off base in his opinions about valuing tokens. And that’s a shame.

The post Mark Cuban Thinks Valuing Dogecoin Is Easy. Is He Right? appeared first on InvestorPlace.