Churchill Capital IV (NYSE:CCIV) stock is approaching $25 per share again. But don’t take this to mean this SPAC (special purpose acquisition company), on track to merge with electric vehicle startup Lucid Motors, is set to make a trip back to its “meme stock” highs set earlier this year. 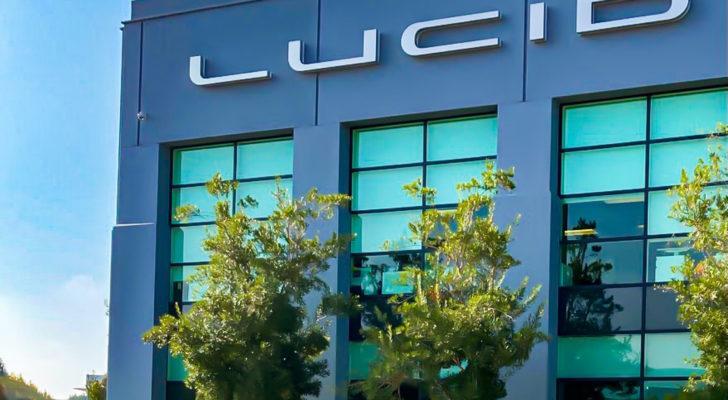 Instead, its runway may be much more limited. How’s this the case, considering how so many believe Lucid has the potential to supplant Tesla (NASDAQ:TSLA) as the top name among luxury EVs? Yes, the potential is there. That’s apparent from the scores of advantages this company, still in its pre-revenue stage, has on its side.

But while it may be a “Tesla killer,” that’s not to say it’ll slay all of the competition. Legacy automakers, including the German names that dominate the global luxury auto space, are accelerating their pivot towards EVs. Lucid has much more steep hurdles to climb than investors are currently factoring into its share price.

Now, given that this stock has short squeeze potential, you may find it profitable to trade it in the near term. But in terms of a long-term wager on the rise of EVs? You may be better off looking elsewhere for that type of play.

The Challenge of CCIV Stock

What challenges both narratives, which have waned over the past few months? The fact that legacy car makers are fast adapting to an EV future. Previously, when incumbent car makers were getting their electrification act together, names like Tesla had the clear edge.

But that could quickly change in the coming years. EV versions of already popular internal combustion engine luxury vehicles are starting to hit the market. In turn, it’s going to be tough for Tesla, much less Lucid, to reach the market share levels of luxury-focused brands such as Daimler (OTCMKTS:DMLRY) and BMW (OTCMKTS:BMWYY), whose respective flagship Mercedes-Benz and BMW brands hold around 2.5%- to 3% global market share.

Admittedly, Lucid doesn’t have to become an automotive giant to become successful. Yet right now, investors price it as if it’s a future Daimler or BMW-sized business. The result? Shares in may have trouble gaining from here, as it becomes clearer that this upstart ends up becoming a niche player.

Kicking The Tires Once Again About its Valuation

Back on May 7, I broke down how the implied valuation of CCIV stock post-merger is built on projected growth that may not be attainable. That is, in order for this company to merely grow into its current valuation, it has to get towards incumbent-tier market-share levels by 2026.

Admittedly, my assumption was based on the company having to depend largely on the U.S. market to get to its annual sales goal of 251,000 five years from now. Mostly, due to the fact it may take more time to penetrate the European and Chinese markets. If it succeeds in breaking into these markets, it may not have to gain a Mercedes or BMW-sized market share in the U.S. in order to hit these numbers.

But no matter how it achieves this level of sales, it needs to hit it. Based on a post-deal share count of 1.6 billion, it’s implied valuation today stands at $40 billion. This rich valuation won’t hold, if it fails to scale up in line with projections it touted in its investor presentation.

Putting it simply, you have to pay up in order to get in early with a publicly traded EV startup. But it’s questionable whether it’s worth the risk. Especially, as InvestorPlace’s Larry Ramer recently recommended, you could opt to invest in one or several of the EV upstarts that show more of a chance of “crushing it” in their respective niche.

The latest round of short squeezing could be what’s driving this recent bounce back in Churchill Capital IV shares. And it may continue in the near term, given that more than a quarter of outstanding shares have been sold short.

The short-squeeze angle could make buying CCIV stock today a worthwhile near-term trade. But the odds of Lucid becoming a global leader in luxury EVs are much slimmer than they appear. Buying in today as a long-term bet on its merger target’s long-term success may not be a winning move.