The embattled executive sold shares in the electric vehicle startup in mid-February before a disastrous March earnings report that hammered the stock, according to a new report by The Wall Street Journal. Schmidt was among five executives at Lordstown who sold $8 million in stock over three days in February, the WSJ said. A Lordstown spokesperson confirmed to the WSJ that Schmidt sold his stock to expand his new turkey-hunting farm in Tennessee.

But Lordstown spokesperson Ryan Hallett declined to confirm to Yahoo Finance Schmidt's turkey hunting farm endeavor, despite the comments from a spokesperson to the WSJ.

Said Hallett via email, "Nothing to add beyond this from last Monday’s press release: “…as described in various Form 4 filings in the months following the DiamondPeak transaction, certain Lordstown Motors directors and executives have sold or transferred shares in the Company. Each of those transactions were made for reasons unrelated to the performance of the company or viability of the Endurance, and each such director and executive retained substantial Lordstown Motors equity holdings in the form of shares and options following the sales and transfers described in the Company’s public filings.”

Either way you slice the turkey breast, it has been a brutal week or so for Schmidt and Lordstown.

Schmidt said at an event last week the company had firm orders for all of the Endurance electric trucks it intends to build this year and 2022. Lordstown had to release an SEC filing a day following the event to address Schmidt's comments.

"To clarify recent remarks by company executives at the Automotive Press Association online media event on June 15, although these vehicle purchase agreements provide us with a significant indicator of demand for the Endurance, these agreements do not represent binding purchase orders or other firm purchase commitments," Lordstown Motors said in the filing.

Added Lordstown, "These vehicle purchase agreements generally include a projected buyer order schedule over the three to five year life of the agreement, and may be terminated by either party at will on 30 days’ notice. They do not commit the counter parties to purchase vehicles, but we believe that they provide us with a significant indicator of demand for the Endurance." 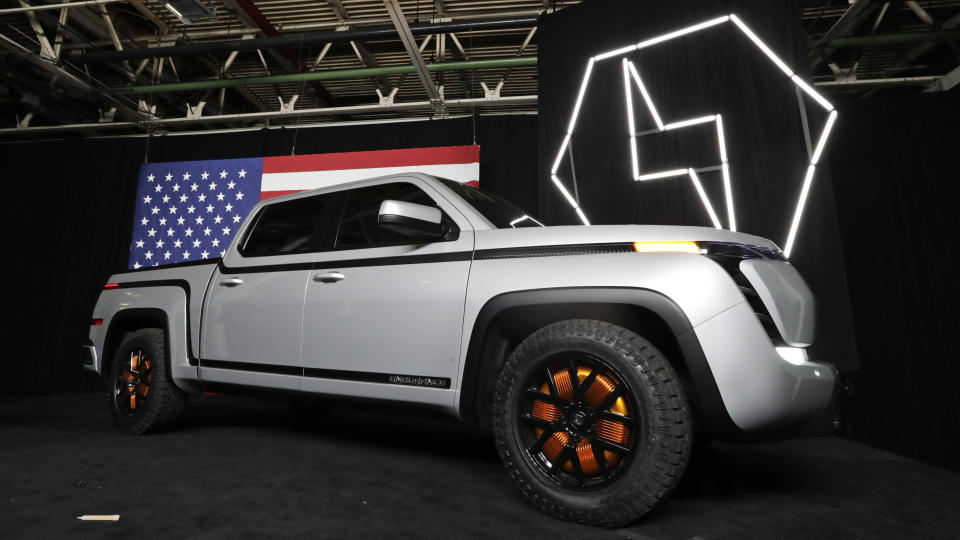 FILE – This Thursday, June 25, 2020, file photo shows the electric Endurance pickup at Lordstown Motors Corp., in Lordstown, Ohio. Startup electric truck maker Lordstown Motors says it’s still on track to begin production this fall despite a bumpy past week. Company executives in Ohio said Tuesday, June 15, 2021, that they have enough orders and cash on hand to keep operating through next May. (AP Photo/Tony Dejak, File)

Lordstown shares are down more than 5% over the last five trading sessions.

Meanwhile, Lordstown is still days removed from CEO and founder Steve Burns and CFO Julio Rodriguez resigning after a special board committee found pre-order disclosures for the Endurance to be inaccurate. Angela Strand — its lead independent director — assumed the CEO position until a permanent leader is found. Becky Roof — an outside hire with extensive finance function experience — was named interim CFO.

The executive resignations follow quick on the heels of Lordstown warning in a SEC filing on its ability to continue as a going concern.

Upgrade now to stay ahead of the market with Yahoo Finance Plus.