Lordstown Motors: Here’s the next shoe to probably drop on battered investors

But the rollercoaster of a ride for beleaguered investors (what is left of them, anyway) is likely far from over.

Lordstown Motors said Monday that CEO and founder Steve Burns and CFO Julio Rodriguez have resigned. Angela Strand — its lead independent director — will assume the CEO position until a permanent leader is found. Becky Roof — an outside hire with extensive finance function experience — has been named interim CFO.

The resignations come a mere days removed from Lordstown warning in a new SEC filing on its ability to continue as a going concern. Lordstown is also a few weeks removed from telling investors it needed cash — quickly — if it were to meet its new lowered production targets for its electric truck called the Endurance.

Shares of the company crashed more than 20% in afternoon trading.

The company also said Monday that a special board committee found that some disclosures it had made on pre-orders for its Endurance truck to be inaccurate. But, it called a report from short-seller Hindenburg Research false and misleading.

That said, there could be several more shoes to drop on Lordstown investors in the coming weeks.

Chief among them is what Burns does with his nearly 27% stake in Lordstown. Dumping Lordstown stock could create more selling pressure in the market. It wouldn't be too different than when now ex-Nikola CEO and founder Trevor Milton sold a large slug of stock in April, which put pressure on the stock price. Milton left the company after a critical Hindenburg Research report late in 2020.

Jonas recently pulled his rating on Lordstown amidst the uncertainty in its outlook. 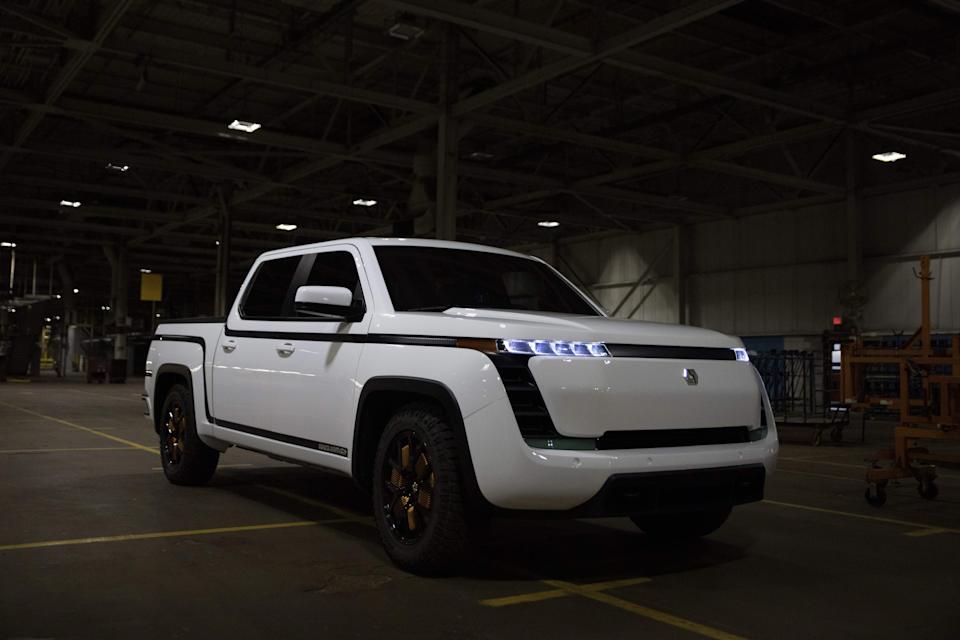 The other concern for investors is if permanent management — once solidified — sticks with the signature hub and motor design of the Endurance truck. If they don't, it could prove mighty costly to overhaul.

Explained Jonas, "We continue to believe the biggest issue facing the company is the dependency of the proposition systems in-hub motors. While a change of architecture would add as much as a year or two to the start of production, we believe moving to an alternative motor strategy or an entirely different product and go-to-market strategy altogether may be required to preserve sustainable equity value. It is our understanding that Steve Burns was the primary proponent of the hub motor system."

And finally, there remains the skeletons in Lordstown's closet from Burns that creates a host of unknowns as new management eventually digs in. Consider these factoids: two of the company's board members (Strand and John Rucidlo) have ties (both worked there during Burns' tenure) to Workhorse Group, the trucking company founded by Burns.

Meanwhile, the entire Lordstown board oversaw the creation of its existing mess.

It's likely most of the board will need to be overhauled along with the Burns-created management team. And with that, presents a whole lot of risk.

Yahoo Finance has reached out to Strand to appear on Yahoo Finance Live to discuss the company's current state.