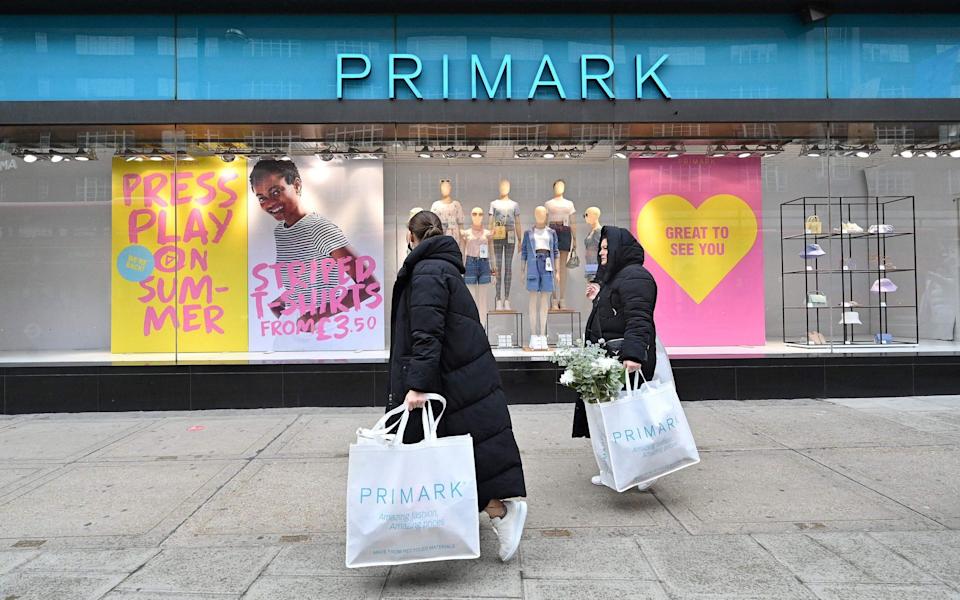 Labour shortages are spilling into the retail sector following a hiring crisis in hospitality that has upended the day-to-day running of pubs, bars and restaurants.

Shop workers have been hard to find this year with one in three retail leaders struggling to fill roles, new data has shown. Fashion firms are among the companies hit the hardest, followed by smaller retailers, which employ up to 1,000 staff.

The boss of Cornish fashion brand Seasalt said his store teams have been particularly affected by staff shortages.

Paul Hayes, chief executive, believes that some Eastern European workers have likely returned to their countries when the pandemic hit and have not come back as the economy reopened.

“We’ve still got a number of positions that need filling, there’s still work to be done [in terms of recruiting].”

The chain anticipates a busy summer ahead, with a significant chunk of its shops based in popular coastal towns, and as Britons book staycations amid uncertainty about international travel.

Meanwhile, FTSE 100 discount chain B&M is grappling with a chronic shortage of HGV drivers in the UK as well as workers doing night shifts in its distribution centres post-Brexit.

It warned it could incur higher business costs as a result. It has already hired 7,000 staff during the pandemic.

There is estimated to be a 70,000 shortfall of lorry drivers, principally fuelled by EU workers leaving the UK, which has seen wages shoot up by 20pc.

A food wholesaler, which supplies ingredients and groceries to pubs and coffee shops, also told of recent shortages in its depots created by the reopening of hospitality.

More than two fifths (42pc) of smaller retailers have said that Brexit has made hiring harder, compared to more than a third (35pc) of larger retailers with over 5,000 employees, according to a survey of 250 industry executives by Fourth, a workforce specialist, and Censuswide in April.

Aside from Brexit concerns, firms have said they are particularly worried about candidates not wanting to stay in their roles long-term and being able to hire the best talent before competitors. Sebastien Sepierre, a managing director at Fourth, said: “It’s clear that retailers are facing a combined challenge of a Brexit-induced talent shortage and the pandemic. The retail sector has had a lot of talent churn over the past year, and it’s vital that employers now engage with staff and instill confidence in them that they will be supported as the sector begins to recover.”

The Chartered Institute of Personnel and Development and recruitment firm Adecco, recently warned that the reopening of retail and hospitality is driving plans to hire at the fastest rate in eight years following mass redundancies since the onset of the pandemic.

Meanwhile, the hospitality sector has largely borne the brunt of unemployment as it was hit not only by prolonged closures, but also the reputational damage successive lockdowns have had on the sector.

Some restaurants have been forced to cut back on services amid labour shortages and to increase wages to attract staff. Chef and restaurateur Michel Roux Jr said this month that it will only operate an evening service from June 14 until further notice.

He described the labour shortage as “incredibly frustrating and painful”, blaming the pandemic and Brexit red tape for hampering its ability to hire.