Employers are turning to bonuses to lure potential workers — as hiring lags job openings — a move that appears popular among job seekers.

Job postings advertising hiring incentives more than doubled compared with last year, according to data by Indeed, with 4.1% of postings including them in the week ending June 18 versus 1.8% for the same week last year. At the same, job searches for such bonuses jumped 134% since January.

“Job seekers are able to have a little wiggle room and be able to shop around a little bit more,” AnnElizabeth Konkel, an economist at Indeed Hiring Lab, told Yahoo Finance Live (video above). “Employers are increasingly offering hiring incentives that can be anything from signing bonuses to retention bonuses to cash incentives.” 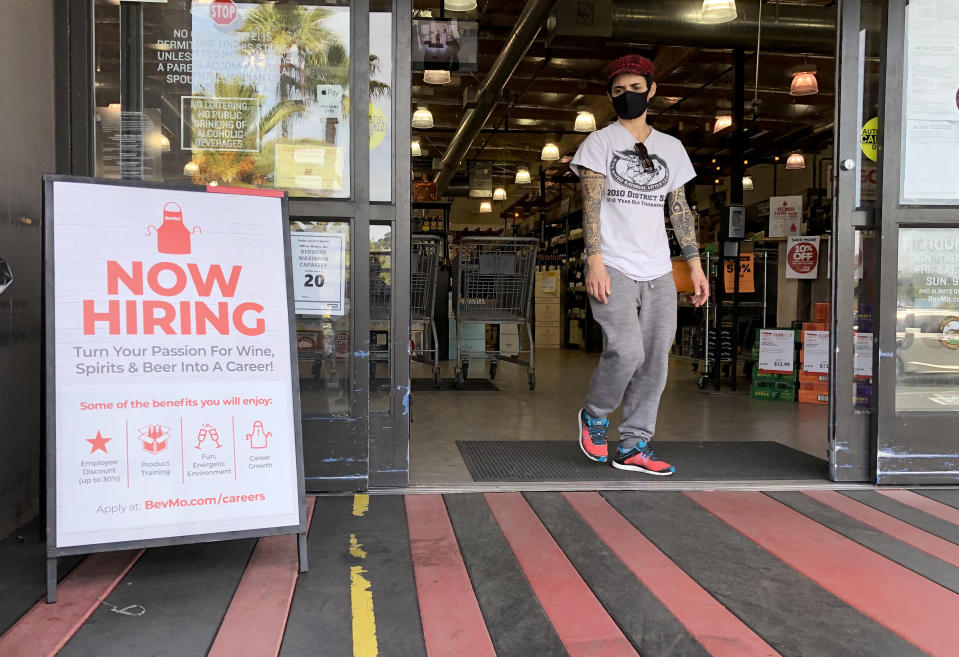 A customer walks by a now hiring sign at a BevMo store on April 02, 2021 in Larkspur, California. (Photo by Justin Sullivan/Getty Images)

Workers in some sectors are more likely to find jobs with incentives.

For instance, approximately 16% of job postings for drivers offered a bonus in the week ending June 18, a 4.6-percentage-point increase over last year. About 9.1% personal care and home health advertised an incentive, up 3.2 percentage points from last year, while 7.3% of child care postings had a bonus, an increase of 3.8 percentage points year over year.

‘Hoping that they get that flood of workers’

In April, job openings in accommodation and food services posted the largest monthly increase, but hires in the sector were fewer. Still, only 1.8% of hospitality and tourism and 3.1% of food preparation and service jobs offered hiring bonuses, Indeed found.

“That was a surprising finding certainly, especially with all the hiring anecdotes we've heard from both of those sectors,” Konkel said. “Some employers in those sectors probably don't have the budget right now to be offering a variety of those types of incentives, or they may simply be holding out and hoping that they get that flood of workers soon in the next few weeks.”

“There's incredible differentiation,” Konkel said. “It just goes to show that some employers are trying to sweeten the pot a little bit and others are throwing everything at the wall to see what sticks.”