Jim Cramer’s Warning About Didi Global Is Harsh But Valid

I don’t always agree with Mad Money‘s Jim Cramer, and I hope that you don’t, either. But he might have a good point when it comes to Didi Global (NYSE:DIDI). As we’ll see, it appears that Cramer wants investors to avoid not only DIDI stock, but Chinese initial public offerings (IPOs) generally. 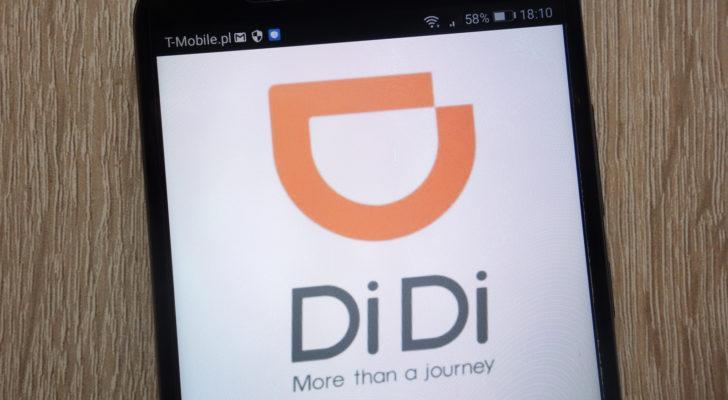 That might sound like a radial proposal. After all, why should all China-based IPOs be considered problematic?

Perhaps we can modify Cramer’s broad-based suggestion. Personally, I would view the pop-and-drop of DIDI stock as a lesson in what can happen to hyped-up IPO stocks — Chinese or otherwise.

In the final analysis, this isn’t about geography or governments. It’s about piling into a trade during the initial buzz — and the hazards that can result from this type of strategy.

A Closer Look at DIDI Stock

That first day saw wild price action, with the shares rising as much as 28.6% from the IPO price but only closing up 1% at the end of the trading session.

DIDI stock actually managed to stay close to the $15 area for a couple of days after the IPO. However, some very bad news, which I’ll get into, brought the price down.

Suffice it to say that hopeful investors were undoubtedly disappointed and shocked as the stock tumbled to $12.49 at close on June 6.

As of July 9, DIDI stock was trading between $11 and $12. What could possibly have caused this unfavorable outcome?

To answer that question, we have to understand why some folks were so enthused about this IPO in the first place.

Apparently, a number of traders saw Didi as the Uber (NYSE:UBER) of China. And I’ll grant, Didi has a sizable presence in China’s ride-hailing market.

As InvestorPlace contributor Robert Lakin reported, “Investors were quick to spend $4 billion for the offered 288 million ADRs despite the fact that the ride-hailing company isn’t currently profitable. It already covers 90% of the Chinese ride-hailing market.”

There’s a lot to unpack there. Yes, Didi is a ride-hailing giant in China. Plus, the global rollout of Covid-19 vaccines could make this market sector attractive to investors.

On the other hand, as Lakin pointed out, Didi isn’t profitable. And unfortunately, the company reported a comprehensive loss of $2.54 billion in 2020.

The IPO mania surrounding Didi, therefore, may have been based on an assumption that the company would turn profitable in the future; when it comes to informed investing, making assumptions isn’t necessarily a great strategy.

In a barn burner of a news story, the Chinese government initiated cybersecurity reviews of Didi and a number of other China-based companies.

As a result, DiDi reportedly isn’t allowed to register new users. In light of this, I’m surprised that the share price isn’t lower than it currently is.

In prohibiting new downloads of Didi’s app, it appears that China’s regulators are flexing their muscles. And as a cautious investor, I tend to avoid trying to fight governments.

It’s even been reported that Chinese regulators are considering the Didi IPO a “deliberate act of deceit”.

Clearly, Cramer has had enough, saying that Didi was “the last straw. For years now I have been railing against Chinese IPOs, saying that you should steer clear of them at all cost.”

The Didi “fiasco” makes this “clear for certain,” as far as Cramer’s concerned.

His conclusion, then, is that there’s “no way that you can ever invest in a Chinese IPO no matter how good if it can be trashed by the Chinese government just a few days after coming public.”

I’m not quite prepared to abandon all China-based IPOs. Still, Cramer’s point is duly noted.

If we’re going to take any lessons from what’s happened with DIDI stock, it’s might be that Chinese stocks may carry some risks.

Or better yet, we can reaffirm the idea that IPO investing is generally speculative. That’s true regardless of the geographic location — or of Cramer’s rants.

David Moadel has provided compelling content — and crossed the occasional line — on behalf of Crush the Street, Market Realist, TalkMarkets, Finom Group, Benzinga, and (of course) InvestorPlace.com. He also serves as the chief analyst and market researcher for Portfolio Wealth Global and hosts the popular financial YouTube channel Looking at the Markets.

The post Jim Cramer’s Warning About Didi Global Is Harsh But Valid appeared first on InvestorPlace.