Once heralded as disruptive marketplaces, classifieds are giving way to transactional marketplaces. Yet, some classifieds in the West like eBay have evolved with time, acquiring competition operating both models.

In Africa, this occurrence is happening in part, at least for the classifieds businesses that haven't fizzled out. Jiji, one of the largest marketplaces for classifieds in Africa, is an example. Today, the company is announcing the acquisition of transactional car marketplace Cars45 for an undisclosed amount.

This news is important for many reasons. But before we get to that, Cars45 has been under different ownership within the past three years that people might have lost track of how many times the company was sold. So it's important to clear that up.

OLX Autos shut down FCG's operations in Berlin this March but still kept control of Cars45 and two other brands: CarFirst in Pakistan and WeBuyAnyCar in the U.S. However, the announcement stated that OLX Autos' new focus was on Asia and Latin America, which indicated plans to sell Cars45. With today's news, it seems OLX Group might have washed its hands of most of its businesses in African markets, except South Africa. OLX Group did not immediately respond to a TechCrunch request for comment.

That said, this is not the first time Jiji and OLX have done business. In 2019, the Naspers-owned online marketplace sold its assets in Nigeria, Ghana, Kenya, Tanzania and Uganda to the seven-year-old classifieds player. As a result, Jiji now commands 10 million unique monthly visits and three million active listings, according to the company stats.

Now, let's get to why the acquisition is important.

In a call with TechCrunch, co-founder and board member Vladimir Mnogoletniy noted that vehicles listing is the second most popular category on Jiji. He claims the category has over $3 billion worth of listings out of the platform's total listing exceeding $10 billion (real estate commands almost $7 billion). "We have leading positions in all markets we're present in and are definitely the classifieds leader in the region. Also, we are probably the largest e-commerce company in Africa by GMV," he continued. 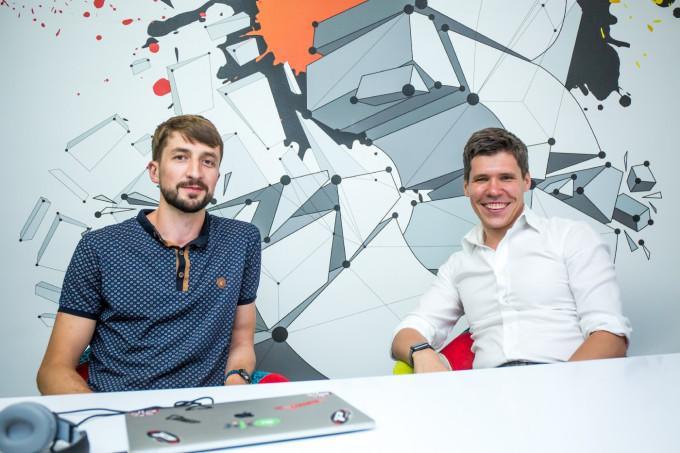 Therefore, the acquisition will see Cars45 grow the vehicles category. Furthermore, cars45 will merge its operations in Nigeria (primary market), Ghana and Kenya with Jiji as the classifieds marketplace wants to consolidate its position in the space. In addition, the acquisition of Cars45 will help mitigate problematic trust and safety concerns that have sometimes plagued Jiji and offer a different car buying and selling experience via its transactional marketplace model. In turn, Cars45 users will benefit from Jiji’s dominance in online classifieds.

"We will integrate this into one company because this acquisition has a lot of benefits for both. It's a very common practice when marketplace and transactional business models work together as one project," co-founder and CEO Anton Volyansky said regarding the integration of both platforms. "For instance, a seller of a car, it's convenient to sell both ways via a marketplace or auction model. So, it would be like a seamless process for selling the car."

According to Jiji CFO David Ojo, Cars45's key value is its network of inspection centres where cars are inspected by more than 200 parameters. Unlike a classifieds marketplace where checks are inadequately carried out, transactional models employed by platforms like Cars45 ensure quality checks and detailed reports on a car's condition with various databases.

Since its inception in 2014, Jiji is for the first time exploring a business outside its usual classifieds model, which has brought it profitability according to the company. Volyansky calls it a bold step and an important foundation "for building the future of the company." But of course, the future isn't void of competition. In fact, it gets more intricate as time goes on. Right now, Jiji has regional competitors in Swiss-owned ROAM and Jumia Deals, and horizontally, Autochek. Yet, Volyansky believes the acquisition of Cars45 might be the first of many transactional marketplace acquisitions to set Jiji apart from other players.

"In terms of classifieds, we're looking at opportunities, but we are already a leader in Africa, so I think there's very limited space for whom to acquire. However, we're primarily interested in deals like Cars45, where we bring our leadership positions from classifieds and acquire very close business models that give us exposure to the transactional marketplace. So for us, a major interest will be to acquire adjacent business models," he explained.

Soumobroto Ganguly, CEO of Cars45, commented: "We are proud to have built a trusted buying and selling experience in autos. It makes sense to combine online and offline expertise. Merging with Jiji is aimed at creating a new kind of automotive retail experience for users in Africa. We are confident of jointly building an African Champion in the O2O Automotive Sector. Together we look forward to making transactions transparent and convenient for our customers, dealers and franchisees across all our current and future markets."

Embedded procurement will make every company its own marketplace