It’s Pricey, But Tilray Stock Has Room to Run

The meme stock phenomenon has made a comeback, and it’s taken pot plays like Tilray (NASDAQ:TLRY) along for the ride. Up around 30% in the past month, could TLRY stock see renewed interest from retail investors on Reddit’s r/WallStreetBets forum? 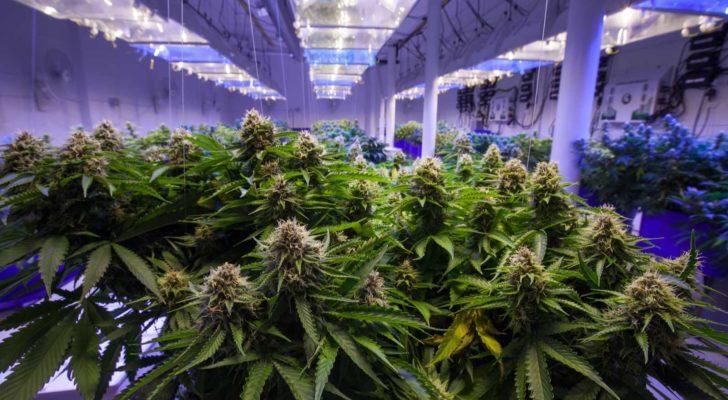 That may be wishful thinking. The meme stock resurgence, which has mostly powered gains in AMC Entertainment (NYSE:AMC) and GameStop (NYSE:GME), is running out of steam. Even if the wave continues, Tilray may not have enough of a “squeeze factor” to rise on meme stock status alone.

Yet the stock may not need Reddit momentum to reach higher prices in the coming months. Two key catalysts — its Aphria merger and marijuana legalization in the U.S. — remain on its side. These factors may not send TLRY stock back to the $67 high it set in February. But they could be just enough to produce solid gains as the rest of 2021 plays out.

Keep in mind that Tilray remains a highly volatile and richly priced stock to boot. Shares could experience a double-digit pullback if retail investor interest subsides too quickly. Even so, as a high-risk but possibly high-return position, TLRY stock is a worthwhile play amid the cannabis megatrend.

TLRY Stock and the Latest Round of Meme Stock Mania

After Tilray’s recent surge, you may be wondering if the inflow of retail investor capital has room to accelerate. CEO Irwin Simon may be courting the Reddit stock community, but that doesn’t mean retail speculators will double down and send shares back “to the moon.”

Instead, the latest round of meme stock madness could fizzle out much sooner than previous waves. And even if it does have legs, TLRY stock doesn’t have the key ingredient to experience a turbocharged “Reddit rally.” Short interest isn’t high enough to fuel a short squeeze.

As of May 28, only 6.7% of its outstanding shares were sold short. That pales in comparison to the double-digit levels of short interest seen in the best-performing meme stocks. Names like AMC have short interest levels around 22%. Bed Bath & Beyond (NASDAQ:BBBY), another popular Reddit play, has short-interest levels above 30%. And in the case of Workhorse Group (NASDAQ:WKHS), short interest stands at around 40%.

If you’re counting on a short squeeze to send TLRY stock up more than three-fold from today’s prices, don’t hold your breath. But future gains for Tilray shares don’t hinge entirely on near-term factors like this. Other catalysts could have longer-lasting effects and result in additional gains.

TLRY stock may be getting attention as a potential Reddit stock play, but that won’t be what sends shares on a partial recovery after its spring selloff.

Its recently-closed merger with Aphria makes Tilray a bigger player in the space and a more viable competitor against leaders such as Canopy Growth (NASDAQ:CGC). Within the next two years, the consolidation of Tilray and Aphria will create $81 million in annualized cost savings. When this potential is reflected in the company’s quarterly results, it could help keep the stock moving upwards.

Additionally, longstanding legalization efforts could boost TLRY stock. Canadian marijuana companies need their product to be federally legalized before they can enter the U.S. market. The process hasn’t played out as expected since the “blue wave” in election results, but things may pick up soon. Democrats in the U.S. House of Representatives have re-introduced the MORE Act. Even two Republicans introduced their own version of a legalization bill a few weeks back.

While investors’ expectations remain low, legalization efforts by Congress could cause a rebound in sentiment and boost pot plays like TLRY stock.

Tilray may not need meme stock madness to move the needle. But favorable catalysts don’t guarantee a smooth ride back to $30 or even $40 per share. Today, the stock is richly priced. Shares currently sport a price-to-sales (P/S) ratio of 9.1x.

A pullback in Reddit stocks could also result in volatility for Tilray. But while the ride may be choppy, buying into TLRY stock today may still be a profitable move in the end.

The post It’s Pricey, But Tilray Stock Has Room to Run appeared first on InvestorPlace.