Is The Oil Rally Nearing Its End?

After a momentous rally this year, it looks like oil prices are finally coming under pressure – with the threat of inflation dampening oil market optimism. 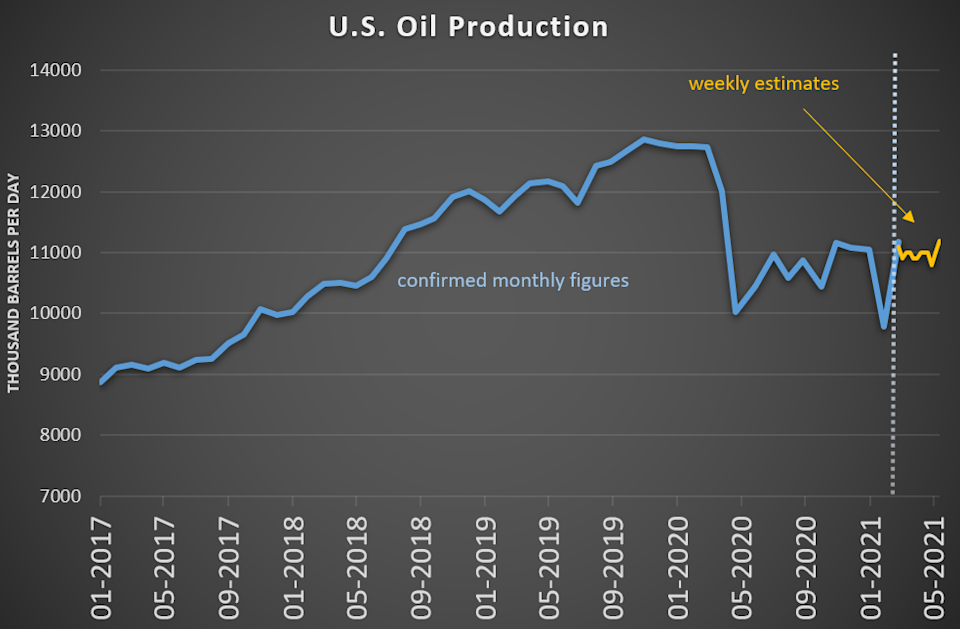 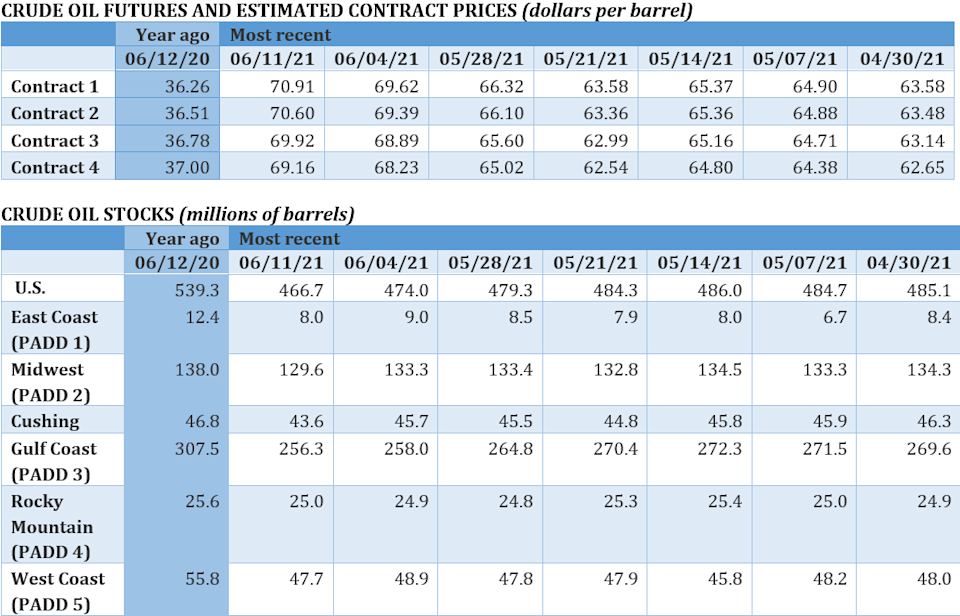 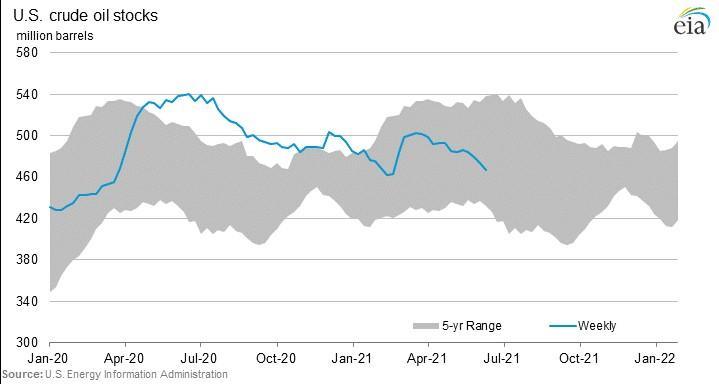 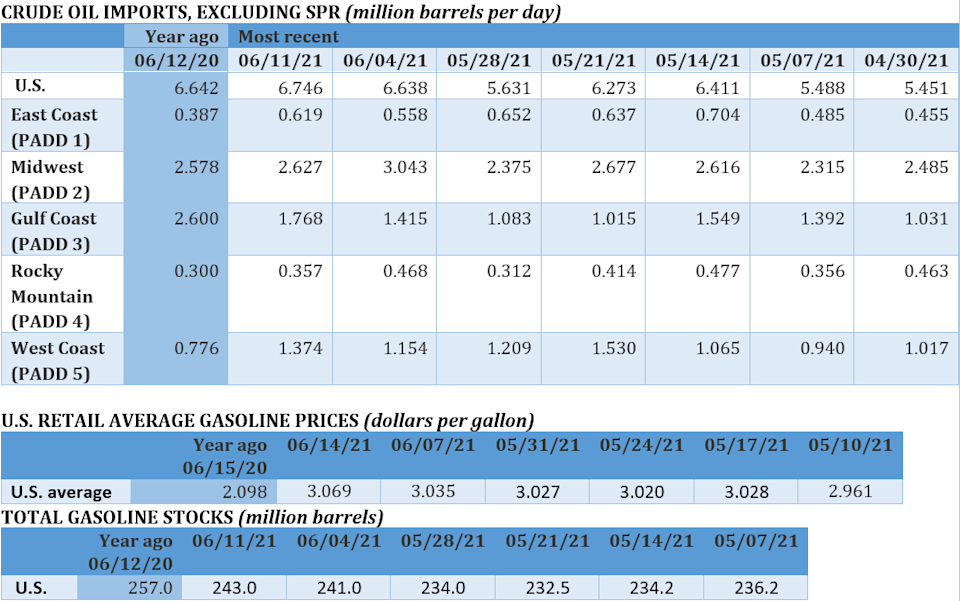 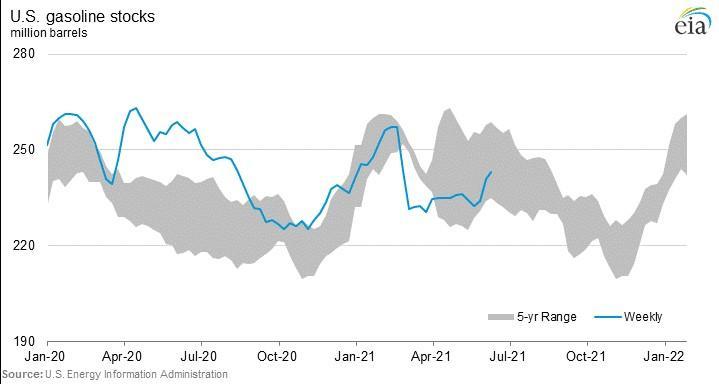 The months-long oil price rally hit the pause button this week, following a shift in outlook from the U.S. Federal Reserve. “Inflation is your friend until it isn’t,” Louise Dickson of Rystad Energy said in a statement. “The oil market is re-learning this lesson in the past two trading days after the US central bank hinted at potential interest rate hikes in 2023, which would make oil more expensive in non-dollar denominated economies and could damper demand.”

$100 oil looking more likely. Many oil traders see oil remaining above $70 per barrel for the foreseeable future, with $100 oil no longer an impossibility.

Court shoots down Biden’s public lands freeze. A federal court said that the Biden administration’s pause on new leases for drilling on public lands was illegal. But the administration still has leverage to slow walk or delay leasing.

GM to ramp up EV spending by 30%. GM will increase EV spending to $35 billion through 2025, a 30% increase over its previous guidance. It will also build two new battery plants in the U.S., although the locations are to be determined. The decision comes a few weeks after Ford F said it would spend $30 billion on EVs through 2030.

It’s too late to avoid supply crisis. The level of drilling and by extension capital investment is insufficient and has been for a number of years to sustain oil production at current levels. The lack of new drilling will start to show in a decline in production as early as next year.

Renewables boom has barely impacted fossil fuels. Oil, gas, and coal still represent over 80 percent of final energy consumption, not much different from a decade ago, despite the rising share of renewable energy in the world’s total energy consumption.

Oilfield services prices are on the rise. The steady and substantial climb in oil prices has led to more business for oilfield service providers and higher prices. “We are already beginning to see a positive increase in activity and an upturn in service pricing will hopefully be reflected in the coming months,” Packers Plus Energy Services’ chief executive Stuart Wilson told Reuters.

OPEC urges members to continue oil investments. The energy transition should not crowd out any source of energy as all energy sources of today will be required for the foreseeable future, OPEC Secretary-General Mohammad Barkindo said.

OPEC sees little shale growth this year, more in 2022. OPEC officials heard from industry experts that U.S. oil output growth will likely remain limited in 2021 despite rising prices, OPEC sources told Reuters. “The general sentiment regarding shale was it will come back as prices go up but not super fast,” said a source. “It looks like the shale oil genie is going to stay in the bottle for now,” said the source, adding: “OPEC and Saudi Arabia have a lot of power at this time.”

Shell’s Permian exit a “litmus test.” The potential sale of Royal Dutch Shell's Permian assets will offer a “litmus test” for how the industry values the prospects of U.S. shale. Shell is hoping to raise $7 to $10 billion, which would value its acreage at $40,000 per acre. Most Permian deals this year have closed between $7,000 and $12,000 per acre, according to Reuters.

China to release metals from reserve. China announced plans on Wednesday to release industrial metals from its national reserves to curb commodity prices

Booming first quarter for solar and wind. The U.S. added 3.3 GW of new wind in the first quarter, and 5 GW of solar. For wind, it was a 75% year-on-year increase in new capacity.

Siemens overwhelmed by wind demand. Siemens (ETR: SIE) is being overwhelmed with requests to build turbines in countries tapping wind resources. “The challenge we have is how many countries are saying, ‘Hey, you need to build a factory here,’” Chief Executive Officer Christian Bruch explained.

Oil traders transition to both oil and renewables. Vitol said that it aims to have 50% of its investments in renewables, gas and power, and the other 50% in oil within five years. Other traders are viewing a similar transition. “We will keep oil trading activities as we see strong demand for oil in the next 10 years,” said Torbjorn Tornqvist, CEO at Gunvor. “We are also increasing our power trading, investing in technologies to decarbonize, and looking at existing solar and wind assets.”

Australian LNG industry pivots in support of carbon price. Australia’s liquefied Natural Gas (LNG) sector is changing from an industry that was vociferously opposed to any form of carbon taxes or trading to one that views a price on emissions as vital to its future.

China may crackdown on private refiners. In April, officials from China’s economic planning agency began probing teapots for suspected violations of tax and environmental rules. “Recent moves by the Chinese government indicate a change in the wind against the smaller independents,” an analyst told Bloomberg. “This is likely to hand power back to the majors.”

By Tom Kool for Oilprice.com