Is Discord the Next r/WallStreetBets? 5 Stocks That Suggest That’s the Case

If you want to become a day trader, I don’t blame you. People who consistently earn several percentage points per day can become wealthy beyond belief. Crypto arbitrageur Sam Bankman-Fried recently became a minor celebrity after revealing he was a billionaire by age 29. 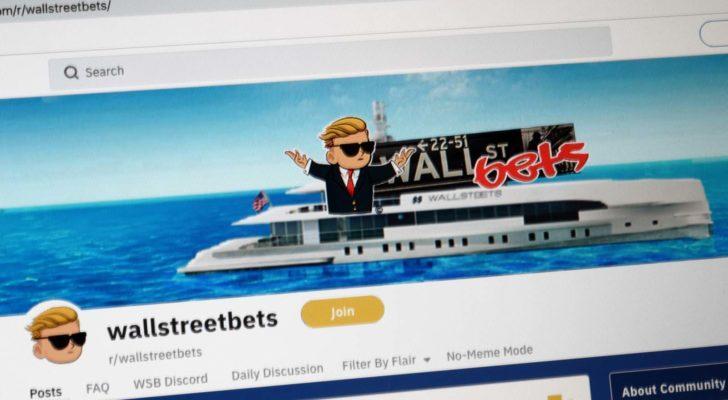 Typically, professional traders like Mr. Bankman-Fried are either exploiting price differentials or using some form of statistical arbitrage. That’s when investors profit from minor pricing divergences across different exchanges or assets.

But you don’t have to be a financial genius to turn $10,000 into $1 million. That’s because trading insights can also come from sentiment analysis. It’s a tool that commodity traders and market makers have used successfully for decades to earn their keep. (Day traders who lose money are usually amateurs who are simply guessing what prices will do).

The same practice can get applied to stocks, particularly those that are either illiquid or small-cap. These inefficient assets are a treasure trove of mispricings; any investor with superior sentiment insight will run circles around others.

And where’s the best place to get sentiment information?

Reddit’s r/WallStreetBets was once a decent place to start. The heavily moderated message board, however, has lost some of that shine as regulatory scrutiny has stepped up. Only a handful of trusted users can now speak freely without fear of their posts getting taken down.

Today, the best place is arguably Discord — the chat and live-streaming platform that remains mostly hidden from Wall Street’s (and the SEC’s) prying eyes.

In this Big Read, we’ll take a quick tour of Discord, and what investors need to know for beating the market in this new game.

The Big Read: The Apple of Discord?

At first glance, Discord seems like an odd platform for stock punters. In 2015, founder Jason Citron developed the service to connect gamers via voice (VoIP).

“It’s almost like giving your friends a group hug or taking them out to lunch,” Mr. Citron said of the platform. And quite a few people signed up for lunch. Within five years of launch, Discord reached 140 million monthly active users — a pace that rivaled Facebook’s breakneck growth.

Its ease-of-use and screen-sharing options have also made Discord a platform of choice for investors looking to share stock tips.

Today, the platform hosts communities like Stock VIP, a 300,000-member forum run by a private Delaware-based corporation. Users can chat for free or sign up for premium services. Hundreds of other stock-based Discords compete for attention.

The effect has been profound.

“Just hit on NEGG today because I expected continuation on the gap,” one poster wrote on the r/Pennystocks Discord channel. “Honestly I’m thinking it’s just WSB getting in on the idea of NEGG now,” quipped another.

The platform has also made it easier for investors to pump penny stocks, whether by accident or otherwise. Day traders with large followings can create herding effects when they share their trades on live streams. Thinly traded shares are particularly vulnerable to crowding.

In 1997, the Wall Street Journal ran a piece about a new day-trader tool: AOL chatrooms. By coordinating with AOL’s real-time messaging services, investors could manipulate the price of stocks without resorting to old “boiler room” phone tactics. Successful traders could earn thousands of dollars a day.

The saga would end in multiple SEC market manipulation lawsuits and a decades-long hiatus in retail investor day-trading. But for a brief moment in stock market history, all that influential investors needed to do was 1) buy a stock, 2) post what they had done online, and then 3) watch prices go up as thousands of other traders piled in.

And then came Discord.

In the shadow of Reddit’s r/WallStreetBets, Discord channels have quietly become today’s equivalent of the AOL chatroom. It’s an echo chamber where influential members can cause stampedes into rising stocks, regardless of the asset’s underlying merits. If everyone else is doing it — and the price is going up — it must be a good buy, right?

That thinking means that momentum trading has come to dominate, particularly in small-cap stocks. According to data from Thompson Reuters, the stocks in the Russell 2000 that gained 50% or more of their value in May 2021 would add another 17.8% the following month. Meanwhile, those that lost 30% only recovered 8.7% of their value.

In other words, winners keep winning and the losers fall behind.

FINDING THE NEXT DISCORD MOONSHOT

The same user would reportedly sell at $5.51 a few minutes later.

Many of Discord’s day-trading pumps are short-lived. The platform’s scrolling-based chat system means that old ideas are quickly replaced by new ones; what I write today will become stale within 10 minutes of publication.

But there are some hints to what will make the next popular stock on Discord.

Nostalgia. Many Discord users are gamers by the very nature of the platform’s history. Expect gaming firms like Corsair Gaming to do better than say, department store Dillards (NYSE:DDS). Momentum. Users are looking for quick gains, so technical breakout strategies like SMA-50 will work better than mean-reverting ones like RSI-14. (You can read more about using technical analysis on inefficient stocks here.) Liquidity. The thinner the trading, the better chance of a company “mooning.” Penny stocks and alt-cryptos are particularly susceptible to manipulation.

A CNBC study found that hot stocks on r/WallStreetBets tended to last around nine days. Meanwhile, Discord stocks such as Geo Group (NYSE:GEO) to Microvision (NASDAQ:MVIS) can see jumps last a day or less. It’s a fast-paced trading environment that often requires selling out by market close.

FIVE STOCKS PROVING DISCORD IS THE NEXT r/WallStreetBets

Newegg. I’ve already mentioned NewEgg as a stock on the move, but it deserves a special second mention. The computer hardware retailer lands squarely in Discord’s list of favored names thanks to its long history of catering to hardcore gamers and offbeat reputation. Its willingness to reserve rare parts, such as Nvidia’s (NASDAQ:NVDA) RX3000-series graphics cards, for top customers is precisely the reason why retail investors will love the stock regardless of value.

Marin Software (NASDAQ:MRIN). The online advertising company is one of Reddit’s r/WallStreetBets most-removed tickers. Yet, the unprofitable firm has lived on with Discord chats for its stunning 1,000% returns since late June. Its small $218 million market cap also gives momentum bulls some runway to keep pumping before a crash.

Exela Technologies (NASDAQ:XELA). No amount of squinting can explain away Exela’s massive spike in trade volume. In the last seven trading days, more than 1.6 billion XELA shares exchanged hands — more than in the past year before that combined. Prices have already jumped 90% on the Discord frenzy; more gains could be on the way if supply/demand imbalances get worse.

Carver Bancorp (NASDAQ:CARV). Shares in the seven-branch New York bank spiked 250% on Thursday despite Reddit’s r/WallStreetBets removing all mention of $CARV from its forum. While Twitter (NYSE:TWTR) doubtlessly helped the stock rise, it was Discord chatter that helped shares embark on a short squeeze.

American Leisure Holdings (OTCMKTS:AMLH). “AMLH reached a pump group,” wrote one Discord user as shares of the penny stock rose another 45% to $0.0033. The pink sheet company hasn’t filed reports since 2014, but that hasn’t bothered those on Discord pushing for quick gains.

Note that none of these stocks have particularly strong long-term 100x prospects; they’re just what’s hot on Discord. And that’s why it’s so important to buy into strength and sell the moment prices stop going up.

The late 1990s saw an exodus of people leaving their jobs to become day traders. Some would strike it big, especially those that got in early. When everything is going up, it’s hard to lose money in swing trading.

As the tech bubble began to burst, only those with consistent systems survived. These were commodity traders like John Arnold of Enron, who used the energy giant’s market position to predict natural gas prices. (Mr. Arnold would continue on after Enron’s collapse). Academic studies have consistently shown that traders with strong past performance continue to earn strong returns.

So, when today’s meme stock frenzy eventually slows, where will you be? If you’re relying on guesswork — or hope — to pick stocks, then a shakeout could take a bite out of your gains.

But those with consistent trading strategies have a better chance at stemming losses. Bonus points if you can explain why your system works. And if you have an arbitrage system such as the “Kimchi” Bitcoin trade? Then I’ll soon see you on the other side of the millionaire bridge.

On the date of publication, Tom Yeung did not have (either directly or indirectly) any positions in the securities mentioned in this article.

Tom Yeung, CFA, is a registered investment advisor on a mission to bring simplicity to the world of investing.

The post Is Discord the Next r/WallStreetBets? 5 Stocks That Suggest Thatâs the Case appeared first on InvestorPlace.