Investors are not pumped for Mark Wahlberg-backed fitness chain

F45 Training (FXLV), the fitness franchise backed by actor Mark Wahlberg, got a workout in its Wall Street debut on July 15. Shares of the Austin, Texas-based company rose as much as 11%, then briefly fell below the offer price of $16 a share, before closing up 1.3% to $16.20.

In an interview with Yahoo Finance Live, Founder and CEO Adam Gilchrist compared F45’s IPO to that of another franchise fitness chain, Planet Fitness (PLNT).

“We wanted to obviously be in a position to replicate the success of Planet Fitness where they were able to provide a lot of credibility and visibility to investors to come into their network.”

Like F45, Planet Fitness also priced its shares at $16 apiece back in August of 2015. The stock also underwhelmed investors at the time, closing at the issue price in the company’s New York Stock Exchange debut. Nearly six years later, shares of Planet Fitness currently trade at more than 300% above their IPO price.

F45, whose name is a combination of “functional training” and the 45-minute duration of its classes, offers workout programs both in studios and directly to members at home. It was founded in 2013 in Australia, and now has 1,555 studios and 2,801 franchises across 63 countries.

Gilchrist said more than 90% of its studios have since reopened after being shut down because of the pandemic, and attendance at those studios is outstripping pre-Covid levels. 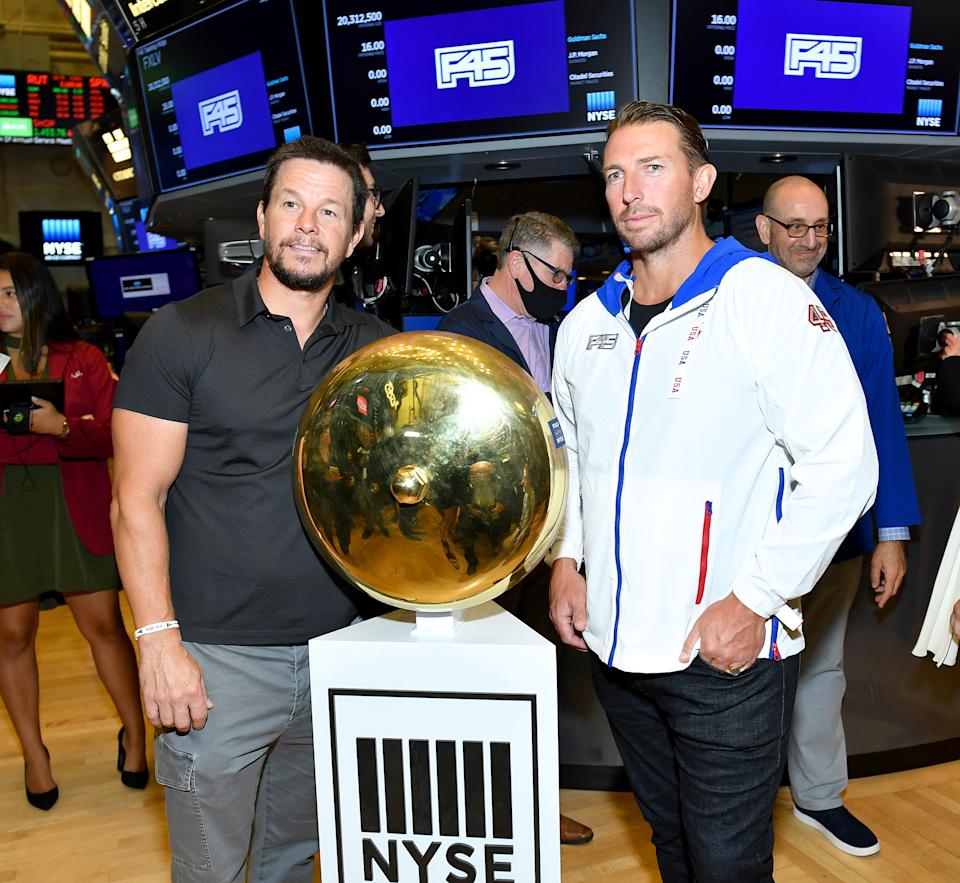 Wahlberg, self-professed fitness fanatic, bought a stake in F45 in 2019 through the investment vehicle MWIG, when the company was valued at roughly $450 million. The IPO gave F45 a market value of $1.46 billion, handing Wahlberg a return of at least 200% on his money.

In addition to being an investor in F45, Gilchrist called Wahlberg “an incredible partner” who is also a franchisee and board member.

“Mark wrote a check for more than $5 million to buy into the company, which is a sign of confidence,” he said. “I think today was probably one of his major milestones outside, you know, of his acting career, which has been absolutely stellar. And the two of us have always dreamed of being here, so it’s been a thrilling day and a thrilling moment to ring the opening bell [at the NYSE].”

Delayed by the pandemic uncertainty

F45’s IPO had two false starts. The coronavirus pandemic delayed initial plans to go public in early 2020 and then in June of last year, it struck a deal to go public by merging with the special acquisition company, Crescent Acquisition Corp. That agreement, which would have valued the combined company at $845 million including debt, fell apart in October. 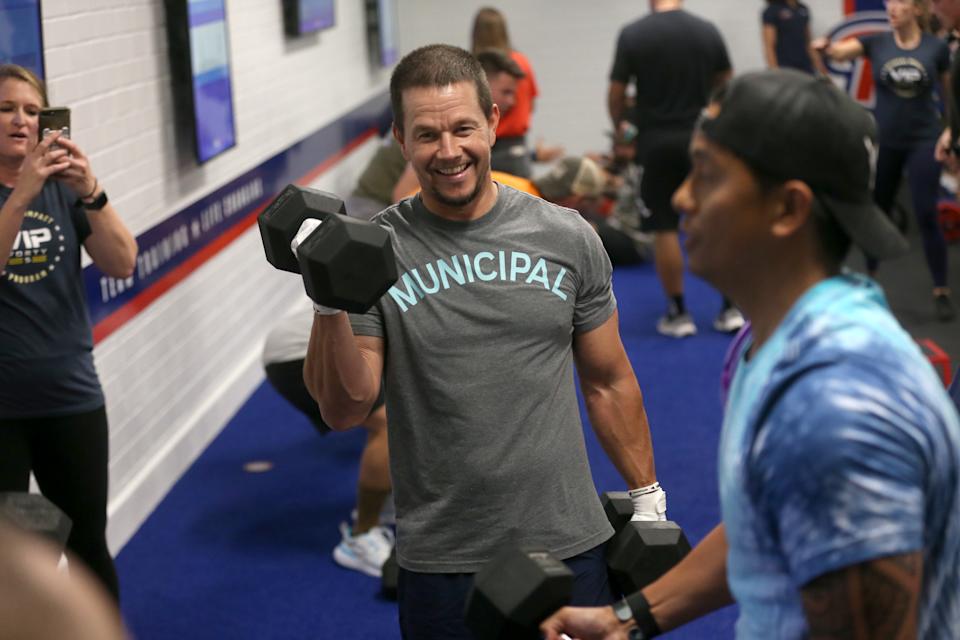 Mark Wahlberg hosts the opening of F45 Training at Miramar MCAs, the first fitness franchise on a US military base on June 11, 2021 in San Diego, California. (Photo by Phillip Faraone/Getty Images for F45 Training)

At the time, Gilchrist said in a statement that the “prolonged uncertainty around the pandemic” prevented the deal from happening.

The company intends to use the $280 million in proceeds from the stock sale to pay down debt, pay cash bonuses to certain employees, and pay the $25 million purchase price for F45’s acquisition of the Flywheel indoor cycling studio.

Gilchrist called the buyout of Flywheel a “great acquisition” because the cycling chain “spent over $65 million on technology,” something Gilchrist said would have taken F45 at least three years and about $40 million to build on its own.

Gilchrist said he hopes to make acquisitions “outside the boutique fitness space with services and products that really complement F45, like protein or supplements.”

More young people are buying life insurance because of COVID-19

Kevin O’Leary: Dyslexia is a 'competitive weapon' in the workplace