Regarding looming inflation risks and their resulting Treasury yield rates, Wall Street veteran and co-founder of DataTrek Research Nicholas Colas stated that he has “never seen a stronger consensus” surrounding any macroeconomic issue in his career.

“Fed money printing plus fiscal stimulus/debt issuance plus economic reopening is supposed to equal high and likely lasting inflation,” Colas said. “The 10-year Treasury will go to at least 2 percent and maybe 3 percent or higher.”

However, in spite of the clear consensus on inflation and bleak forecasts, the 10-year Treasury yield has seemingly shrugged off the looming expectations. Colas noted that the year-to-date high 10-year Treasury yield (^TNX), 1.74% seen on March 19, has still not been broken. It currently stands at 1.53 as of June 8.

In addition to the US Treasury, Colas cited yield rates from central banks around the world including the 10-year German bond and 10-year UK gilt, which all currently sit below their year-to-date highs. In addition, the 10-year Japanese Government Bond rate hit a 5-year high on February 26 at 0.17%, but now stands at 0.05%.

“History shows Treasuries wave away short-term inflation and rely on longer-run trends,” Colas said. “The last decade saw very low measured inflation, and that – not current day inflation – is what this market cares about most.”

From 1981-2007, 10-year yields remained well above underlying inflation as the inflation rate gradually declined. It is from 2007 forward that Treasury yields become more consistent with inflation. Because of the historical precedent, Colas believes the market currently stands unwavering in the face of post-pandemic inflation concerns.

Colas remains doubtful that the Treasury will change its stance to view the last few years of inflation data as being a significant shift in U.S. structural inflation. As for the possibility of whether this time around could truly yield different results from historical expectations, he believes that the burden of proof lies in the inflation camp.

“[It’s] possible, and Fed bond purchasing tapering – whenever it comes – may temporarily lift rates,” Colas said. “But remember that after rising from 2 to 3 percent in 2013 during the ‘tantrum’, they went right back to 2 percent through January 2015 when the tapering actually occurred.” 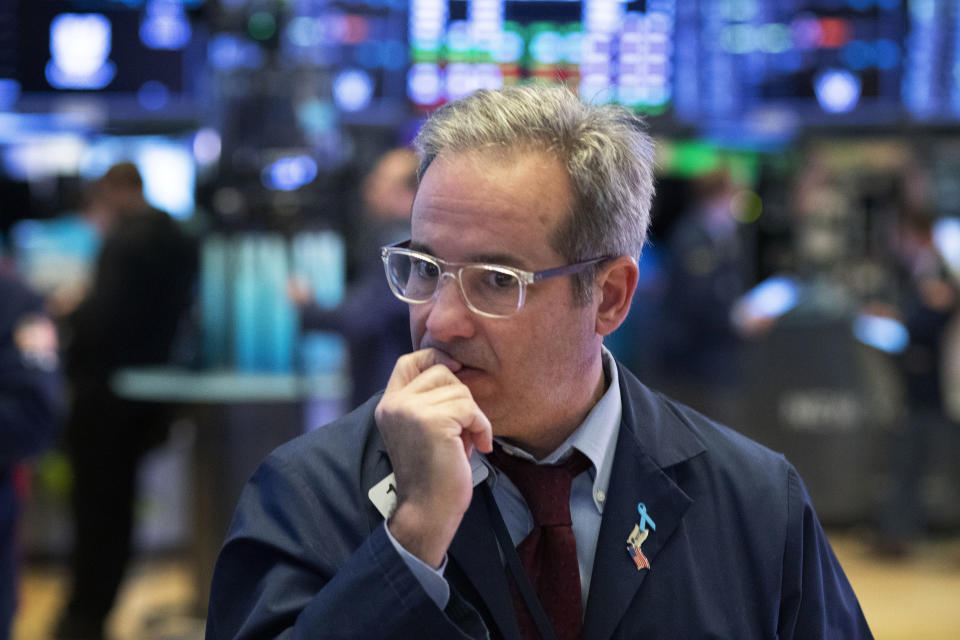 FILE – In this Tuesday, March 17, 2020, file photo, a trader works the floor at the New York Stock Exchange, in New York. The central question gripping Wall Street in spring 2021 is whether the burst of inflation hitting the economy as it recovers from the pandemic is just temporary or the start of a real problem. (AP Photo/Mark Lennihan, File)