‘If you see a deal, you should buy it’: Frontier Airlines CEO

The sky's the limit, according to Frontier Airlines (ULCC) CEO Barry Biffle.

"Bookings have been surging for several months." Biffle told Yahoo Finance Live, "If you're planning on going somewhere, you need to book it, because, you know, people are literally going to run out of seats."

More than 2 million passengers moved through the Transportation Security Administration (TSA) airport checkpoints from June 11 to 13, which is still about 600,000 fewer than the numbers on those days in 2019. But the airline industry expects passenger loads to keep growing this summer as Americans book post lockdown COVID-19 pandemic vacations.

"People have talked about the vaccine unlocking the demand and that's what we're seeing," Biffle said.

Frontier is among a group of airlines known as ULCC (ultra low cost carriers), which includes Allegiant (ALGT) Southwest (LUV), Spirit (SAVE), and Sun Country (SNCY). Frontier recently offered $16 one way tickets for flights on June 26, from Charlotte, N.C. to Orlando.

"So I think by the time you get to fourth of July, from then through the rest of the summer, I think you're gonna see huge travel. So, it's time to book if you see a deal, you should buy it," Biffle advised. 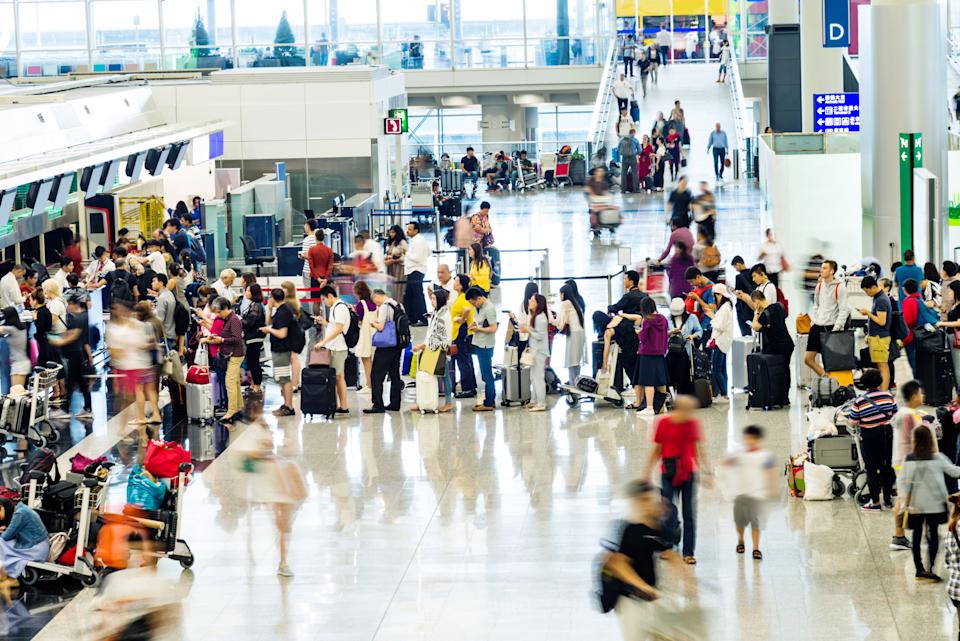 Business travelers are among the crowds, even though they historically represent less than 5% of Frontier's passengers, according to Biffle. "I've seen more sport coats in the last week, I'm seeing more individuals traveling with a laptop, which tells you what they're doing, right," he said.

Shares of Frontier, listed on the Nasdaq, began trading on April 1. Frontier reported Q1 2021 earnings in May. Total operating revenue was $271 million, down 50% compared to the first quarter of 2020. The airline, in its earnings release stated, "During the quarter, Frontier experienced a strong rebound in demand as leisure travel strengthened ahead of spring break and Easter, leading the Company to be cash positive in March."

Raymond James airline analyst Savanthi Syth, in a May 13 note to her clients, wrote, "While Frontier's business model, cost profile, and deep-rooted management team are well-suited for current times, as with SAVE [Spirit], at current levels we see a better risk-reward profile at other LCC/ULCC peers with the required earnings recovery highly dependent on industry pricing recovery into 2023."

Frontier's shares are essentially flat since its April IPO, trading down around $18. Syth said the airline is constrained by its business model. "Unlike many other U.S. airlines, Frontier's already aggressively low-cost model does not provide the opportunity to structurally lower costs."

Biffle said Frontier has been a leader in the low cost space, "We have enjoyed a really low cost position that enables us to make money with really low fares."

The Q1 earnings report said Frontier is encouraged by the strength in forward bookings. "Management’s expectation is that the Company will continue to see an acceleration in the pace of monthly demand as it moves from March 2021 through June 2021 and anticipates returning to profitability in the second half of 2021."

Biffle attributes the optimistic outlook to something very basic."I think like it's just human nature, you want to see your friends and family," he said.