IBM Is Now Gushing Free Cash Flow, Making the Stock Worth Much More

IBM (NYSE:IBM) produced stellar first-quarter earnings on Apr. 19, with huge implications for the stock. Most importantly, the company’s cloud-based software earnings are now on a clear recurring growth path. I estimate IBM stock is now worth at least one-fourth more at $183 per share. Moreover, the stock is also cheap. 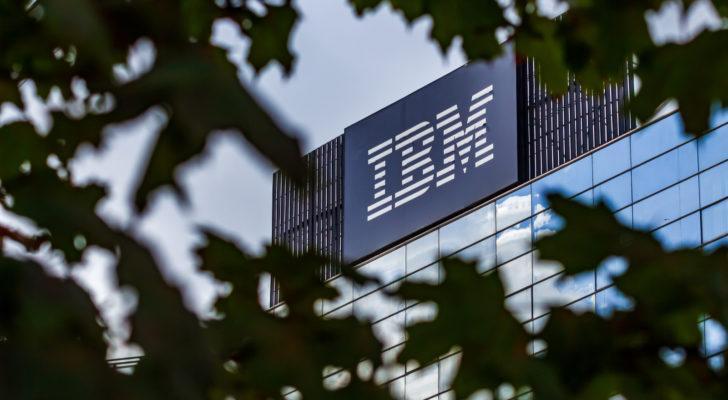 Photo of IBM (IBM) building as seen through the canopy of a tree. IBM logo is in large letters on side of building.

IBM’s revenue grew just 1% for the quarter, but its cloud-based revenue was up 21% (slightly less after adjustments). Moreover, over the last 12 months (LTM), its cloud revenue was up 19%. Finally, the company’s Red Hat revenue (storage and operating system platforms) was up 17% in the quarter.

In the last quarter, IBM produced $2.153 billion in adjusted free cash flow on revenues of $17.7 billion. That means its FCF margin was relatively high at 12.4%. In fact, its LTM adjusted FCF was even higher at $11.6 billion. This works out to 15.7% of its LTM revenue, which was $73.779 billion. So, on average the company might be expected to make a 14% gross margin on future revenue.

We can use this to help estimate the value for IBM stock. For example, analysts expect the company will make $75.35 billion in revenue next year. If we use the 14% FCF margin estimate, the forecast adjusted FCF could be about $10.5 billion that year. Here’s why this is important: that FCF forecast can be used to estimate IBM’s value using the FCF yield metric.

What do I mean? Well, if we divide the LTM adjusted FCF of $11.6 by the current market capitalization of around $131 billion, that works out to a very high FCF yield of 8.9%. Some of IBM’s peers have much lower free cash flow yields.

How does IBM’s yield stack up against other FCF yields?

Likewise, Accenture (NYSE:ACN) has a 5.3% FCF yield; it made $9.51 billion in FCF compared to its market value of $181 billion. Similarly, Cognizant Technology Solutions (NASDAQ:CTSH) has an FCF yield of roughly 7% based on $2.6 billion LTM FCF and a $37 billion market cap.

What to Do with IBM Stock

The model above uses forecast revenue and FCF. Let’s see what would happen with the methodology if we used it with existing FCF figures.

Therefore, the range of value for IBM stock is between $183 and $224 over the next two years. This represents a potential return on investment (ROI) of between 25% and 53% over that period. These are very high potential ROIs for most investors.

Moreover, given IBM’s very high 4.58% dividend yield, its 13.1 times forward price-to-earnings (P/E) multiple and its 8.9% historical FCF yield, the stock is very cheap. So, by buying IBM stock, you get a high expected return at a bargain price. This is the kind of investment that value investors look for in earnest.

On the date of publication, Mark R. Hake did not hold (either directly or indirectly) any position in any of the securities mentioned in this article. The opinions expressed in this article are those of the writer, subject to the InvestorPlace.com Publishing Guidelines.

Mark Hake writes about personal finance on mrhake.medium.com and runs the Total Yield Value Guide which you can review here.

The post IBM Is Now Gushing Free Cash Flow, Making the Stock Worth Much More appeared first on InvestorPlace.