How Trump worsened the semiconductor shortage

Many factors conspired to cause the semiconductor shortage that’s constraining the production of cars and many other products. The coronavirus pandemic massively disrupted supply chains. Remote workers stocked up on chip-heavy computers and other gizmos. Same with bored consumers doing more streaming and gaming. Fires at two Japanese chip plants cut into supply. Then a surprisingly strong recovery produced demand far more robust than manufacturers expected.

But before the coronavirus pandemic even arrived in 2020, President Donald Trump’s trade policies cut into the number of semiconductors available in the United States. In 2018, as part of his trade war with China, Trump imposed 25% tariffs on $34 billion worth of Chinese imports, including semiconductors—the first of several salvos in Trump’s trade war with China. Those tariffs are still in effect, and chip imports from China have fallen by half as the price has gone up.

China now accounts for only about 5% of imported semiconductors, according to research firm Panjiva. But imports from other countries have not gone up to offset the lost supply from China. A 5% contraction in supply during a shortage can have outsized effects. 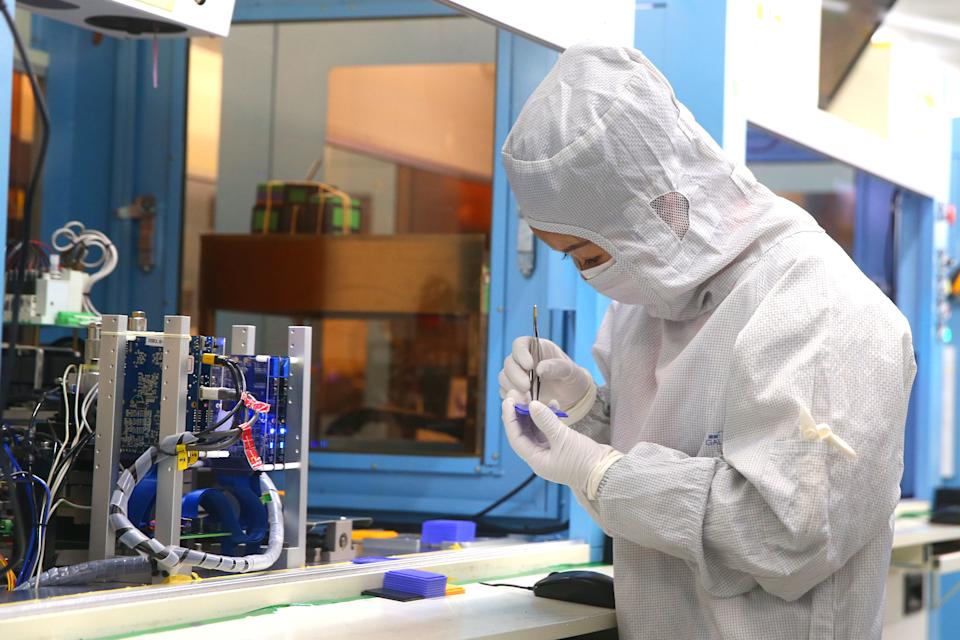 Employees work on the production line of silicon wafer at a factory of GalaxyCore Inc. on May 25, 2021 in Jiashan County, Jiaxing City, Zhejiang Province of China. (Photo by Guo Junfeng/VCG via Getty Images)

Another Trump policy may have caused even more damage. In 2019, the Trump administration banned the sale of American-made components, including semiconductors, to the Chinese telecom giant Huawei, in an effort to disenfranchise the maker of networking gear and smartphones. That had several undesirable consequences. For one, it created a disincentive to make chips in the United States because producers couldn’t sell them to one of the world’s largest customers. Huawei begin to get chips from suppliers in Japan and South Korea that weren’t subject to the ban. China also boosted its own production of chips, and it began hoarding them, in case the U.S. action intensified. The U.S. semiconductor industry says the Trump actions cost U.S. firms millions in sales.

Trump’s trade actions were meant to address legitimate Chinese abuses. But his unilateral approach left China many escape hatches while causing substantial collateral damage. “The Trump administration had a clumsy approach to a complex supply chain,” trade economist Chad Bown of the Petersen Institute for International Economics wrote recently in Foreign Affairs. “The fiasco contributed to the current shortages, hurting American businesses and workers. Now, the Biden administration must pick up the pieces."

In a June report, the Biden White House proposed several measures to beef up the nation’s semiconductor supply chain, including $52 billion in subsidies for domestic production in the “U.S. Innovation and Competition Act” Congress may pass later this year. The report also calls for more government help with industry research and development, job training and luring foreign chipmaking investments in the United States. 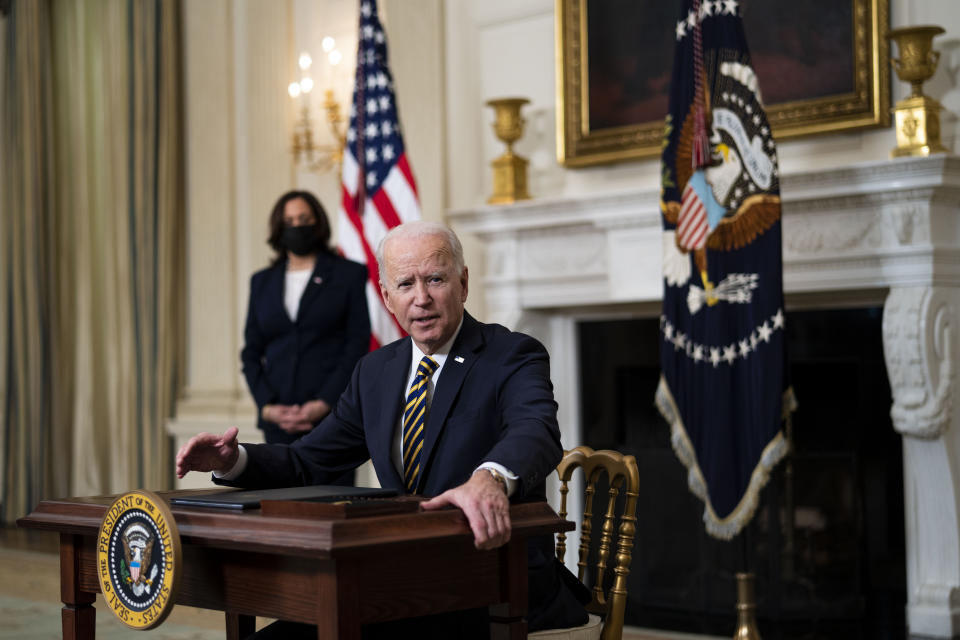 U.S. President Joe Biden signs an Executive Order on the economy with Vice President Kamala Harris February 24, 2021 in the State Dining Room of the White House in Washington, DC. The order is intended to address a global shortage of semiconductors, or computer chips, as well as a multi-sector economic review regarding how to shore up supply chains. (Photo by Doug Mills-Pool/Getty Images)

President Biden and his Cabinet officials are also negotiating with the leaders of Japan, Taiwan, South Korea and the European Union to boost chip supplies to the United States. Virtually every chip foundry in the world is operating at full capacity, however, and producers everywhere need chips. American leverage may not solve the problem.

Biden hasn’t repealed the Trump tariffs on Chinese imports, but he could. He could also issue targeted waivers for semiconductors alone, or for any product category. The office of the U.S. Trade Representative has indicated it may do that.

Building capacity, meanwhile, can take years, with chip factories costing $10 billion to $15 billion to construct and needing to run 24/7 in many cases to be profitable. That’s one reason chipmakers are reluctant to add capacity: If a shortage morphs into a glut, they can lose money. Research firm Gartner expects the global chip shortage to last for about another year, though some sectors could get relief sooner. Shoppers will be waiting.