How Brussels’ complacency turned Europe into a corporate wasteland 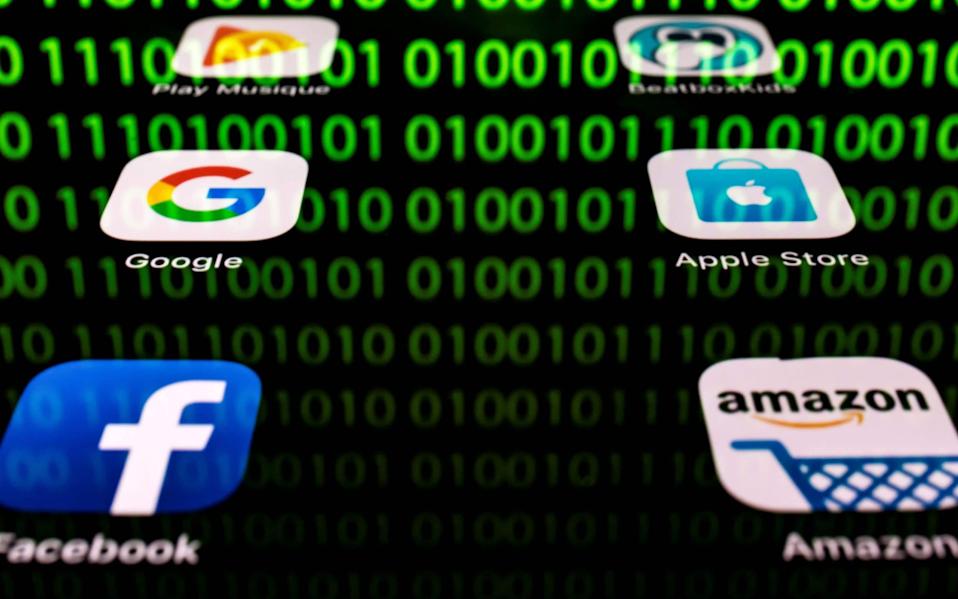 Jacques Delors was confident. The Cold War was over, communism had fallen and Europe was taking the lead.

“The European model is an inspiration for others,” the then-President of the European Commission told the Royal Institute of International Affairs in London in September 1992.

Its single market “has revived national economies which were in relative decline”.

“Keener competition” from globalisation combined with “cooperation” and “solidarity… sets us on a growth path which will be beneficial to all.”

Other economies were following its example.

“Our trading partners are gradually being won over to the idea that regional integration has a dynamic impact on all,” he said. “Witness the recent agreements concluded by the United States, Canada and Mexico.”

Fast forward almost 30 years, and the big winners are not on this side of the Atlantic.

Arguments at the G7 centre on European governments seeking a bigger slice of tax revenues from US technology giants.

That this is a vital problem on the global stage speaks to Europe’s failure to create that dynamic, world-leading economic environment of which Delors spoke so fondly.

The Continent is not full of Luddites: its citizens enthusiastically use digital tech, hence politicians’ desire to levy taxes based on the location of customers, not businesses.

The problem is a failure to build those businesses driving the digital revolution.

Apple is the most valuable company in the world with a market capitalisation of more than $2.1 trillion (£1.5 trillion), followed by Microsoft at $1.9 trillion.

Oil giant Saudi Aramco is next, followed by Amazon, then Google’s owner, Alphabet, which rounds out the global top five at $1.6 trillion.

Amazon and Google were founded in 1994 and 1998, after Delors’ speech. Microsoft and Apple are children of the 1970s – years when Europe was wracked by industrial strife – and have successfully reinvented themselves to create powerful global brands.

Europe’s most valuable company, meanwhile, is LVMH at a mere $406bn. Its history goes back to Louis Vuitton setting up shop in 1854.

The fashion titan shows there is no reason old-world businesses cannot have success on a global scale.

But its lonely position points to a wider lack of dynamism in European economies: the authorities are much better at protecting incumbent big businesses than they are at promoting new growth.

Sam Bowman, director of competition policy at the International Centre for Law & Economics, says attitudes to successful businesses in Europe are much more critical than those in the US.

Those attitudes spread into regulations and policy to stymie innovation.

“In the US they see massive profits as a reward for success, when in Europe the culture is that you have a lot of social obligations when you have become big. You see that in the approach to taxation and general regulation of large firms,” he says.

“If you are an entrepreneur who can go to one place or another, it is pretty obvious why you would prefer the US approach, which is more conducive to setting up firms and good at importing foreign entrepreneurs.”

Europe has compounded its problems with extensive new regulations such as GDPR, hamstringing young businesses with little capacity to cope with red tape. That entrenches the positions of giants who can shrug off the legal costs.

The old Continent still has plenty of large and important companies.

The top 10 companies held by MSCI’s Europe Index have long and illustrious histories. Nestle was founded in 1866, and HSBC a year earlier. Unilever is a relative sapling, dating back to 1929. Apparent newcomers Novartis and Astrazeneca were set up in the 1990s from mergers of far older businesses.

Dutch-based semiconductor group ASML, formed in 1984, and SAP, the German software group founded in 1972, are the only ones which are less than 50 years old.

They remain powerful and can be innovative, as shown by Astrazeneca’s vital global contribution through its Covid vaccine in the past year.

But compared to the top 10 in MSCI’s US index, they look distinctly staid.

It has not always been obvious that Europe’s companies should miss out on global domination, however.

MSCI’s stock indices show Europe and the US tied in the late 1990s, with the dot com bust appearing to show the hubris of overconfident Americans.

By the eve of the financial crisis RBS was the biggest bank in the world by assets and Dutch-based ING had broken into the top 10 businesses by revenue.

The credit crunch was much more severe than the tech bust, and ever since US and global markets have raced ahead of those in Europe, including the UK.

Small fish in a big pond

As well as missing out on tech, Europe’s companies have struggled to match the scale of global rivals.

The top end of Fortune’s Global 500 index shows how the makeup of the business elite has changed in the past 25 years.

China has grown from none to 12. Europe’s share of the top 50 has slipped from 17 companies to eight.

At the other end of the scale, American investors are much more willing to back young businesses.

The OECD found a far higher availability of venture capital in the US for startups and, particularly, scale ups.

The Entrepreneurs’ Network (TEN) found pension funds contribute 65pc of all venture capital funding in the US, compared to 18pc in Europe and 12pc in the UK, pointing to a radically different attitude to risk-taking.

Starved of growth capital on this side of the Atlantic, it is difficult for companies to grow and compete on the global stage.

Instead of steps being taken to make the UK more like America, TEN’s Aria Babu points to new proposed rules governing tech takeovers which risk blocking deals which have even a slim chance of harming competition.

“If Brexit was for anything, it really is to make sure the UK is the best place in the world to do this. A big part of the point is to detach ourselves from European attitudes around regulation and industry, and have a more innovative approach,” she says.

Bowman notes that the US could go in the same direction as it looks at tougher regulations.

“The fashionable view in the US is that basically the European approach is correct, and Big Tech is out of control, and we need to adopt a much more precautionary approach to regulation,” he says.

“It is a funny dynamic, given that people in Europe are beginning to ask ‘why the hell have we not got a European Google?’”

The Continent’s failure stands as a rebuke to Delors’ misguided optimism.