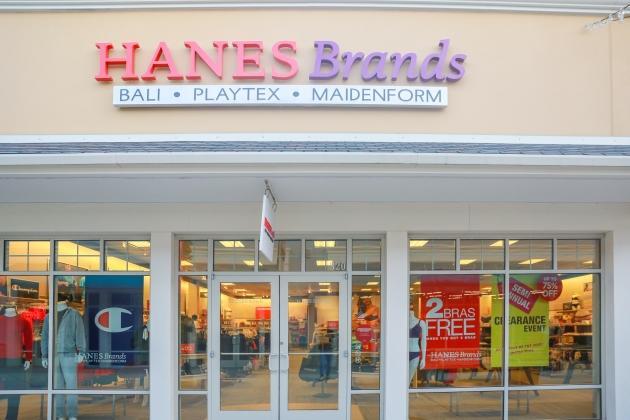 HanesBrands is proving that innerwear and activewear are pandemic-proof.

The Winston-Salem, N.C.-based innerwear and activewear company — parent to brands such as Hanes, Champion, Bali, Playtex, Maidenform, L’eggs and Wonderbra, among others — kicked off earnings season Thursday morning as it revealed quarterly and full-year results before the market opened, improving on top and bottom lines, raising its long-term growth targets and revealing plans to sell additional businesses.

But investors remain wary. Shares of HanesBrands were down nearly 1 percent in pre-market hours.

“We are rapidly creating a new HanesBrands, focused on growth and serving our consumers and customers like never before,” Steve Bratspies, HanesBrands chief executive officer, said in a statement. “We significantly outperformed our expectations in 2021, driving increased financial projections in our three-year ‘Full Potential’ growth plan. As we enter 2022, our performance, operational execution and financial foundation are far stronger than they were before the pandemic. We are implementing a three-year $600 million stock repurchase program, based on our confidence in future growth. Most importantly, I want to thank our outstanding global associates as they continue to meet every challenge to serve our consumers.”

In addition to the share-repurchase program, HanesBrands said it plans to sell its U.S. Sheer Hosiery business, as part of the group’s continued efforts to focus on areas of the business with the greatest growth potential. This cost the company about $38 million in non-cash impairment charges during the most recent quarter. HanesBrands said it expects the U.S. Sheer Hosiery business will generate about $60 million of sales, but “essentially zero” operating profit in 2022.

The news of the sale follows HanesBrands’ decision last November to sell its European innerwear business, despite the roughly $500 million to $600 million in sales the division generated in 2020. The company said last fall that it had reached an agreement to sell the business to an affiliate of Regent L.P. and that the transaction would close in the first quarter of 2022.

In the most recent quarter, the three-month period ending Jan. 1, total revenues at HanesBrands increased $63 million, or 4 percent, to $1.75 billion, up from about $1.69 billion a year earlier. For the year, total company revenues were $6.8 billion, compared with $6.12 billion the year before.

Bright spots in the most recent quarter continued to be the innerwear, activewear and Champion businesses, the latter up 10 percent globally in the last three months, year-over-year, or up 21 percent, compared with 2019’s pre-pandemic fourth quarter.

Global sales of innerwear were roughly flat in the last three months, but continued to be dominated by strength in the men’s, women’s and children’s divisions, as well as socks. (Excluding PPE, U.S. innerwear sales were up 3 percent for the quarter, year-over-year.) For all of 2021’s fiscal year, however, innerwear sales fell, compared with the prior year, on account of HanesBrands decision to exit the PPE category early last year.

The company raised its 2024 revenue targets as a result. The company now expects to surpass the $8 billion revenue mark by this time, up from the prior goal of $7.4 billion. At the Champion brand, the company expects global sales to reach $3.4 billion, up from previous estimates of $3 billion, for the same time period. In addition, HanesBrands expects to have a cumulative three-year free cash flow of about $1.6 billion by 2024.

HanesBrands ended the year with more than $536 million in cash and cash equivalents and about $3.3 billion in long-term debt. The retailer’s portfolio also includes nearly 1,000 company-owned stores throughout its many brands in 47 countries, in addition to its e-commerce businesses. As of November, there were more than 300 doors in the growing China region.

Industrywide inflationary pressures and increased transportation costs were just some of the headwinds HanesBrands experienced in the most recent quarter. Executives on Thursday morning’s conference call with analysts said they expect these pressures to continue in the first half of fiscal year 2022, but that they will likely abate in the back half thanks to strong consumer demand, planned air freight use and higher prices. Last fall the retailer said it had plans to raise prices globally.

Shares of HanesBrands, which closed down 2.35 percent to $15.80 apiece Wednesday, are up 3.4 percent, year-over-year.

“I am very encouraged by the fast start to our Full Potential growth plan, despite the extremely challenging operating environment,” Bratspies said. “Our strong early execution in growing global Champion, re-igniting innerwear growth, driving consumer centricity and focusing our portfolio gives me confidence in what we can achieve over the next three years.”