Gold prices moved higher on Monday, adding to last week’s rise of 1.75%. The dollar moved lower, led by a decline in the Euro. The long end of the yield curve also declined. The Federal Reserve Bank of Chicago National Activity Index decreased to 0.24 in April from 1.71 in March. Twenty-four of the sub-indicators improved from March to April, while 60 sub-indicators dropped. 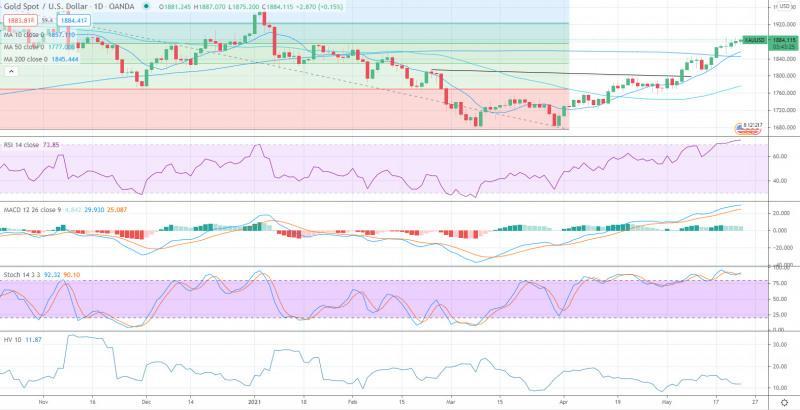 Short-term momentum has turned negative as the fast stochastic generated a crossover sell signal. Prices are also overbought as the RSI is printing a reading of 74, above the overbought trigger level of 70 which could foreshadow a correction. Medium-term momentum has turned positive as the MACD (moving average convergence divergence) histogram prints in the black but the trajectory is slowing, which points to consolidation. Volatility has decline but appears to be bottoming. The current reading of 11, is on the lower end of the 2021 range.