Gold prices edged higher but nearly formed a doji day. Prices appear to be rangebound. The dollar surged higher which weighed on the yellow metal following a stronger than expected U.S. Consumer Price Index. Following the robust inflation numbers, U.S. yields surged, with the 2-year rallying more than the 10-year yield, reflecting a flattening of the interest rate curve. 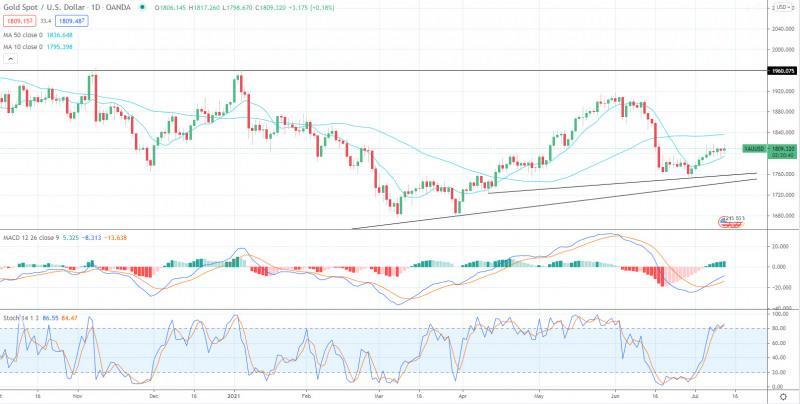 According to the U.S. Labor Department, consumer inflation rose June at its fastest pace in nearly 13 years amid a burst in used vehicle costs and price increases in food and energy. The consumer price index increased 5.4% year over year the most significant jump since August 2008. Expectations were for a 5% gain. Month over month headline and core prices rose 0.9% against 0.5% estimates. Core CPI, which removes food and energy rose 4.5%, the sharpest move for that measure since September 1991 and well above the estimate of 3.8%.