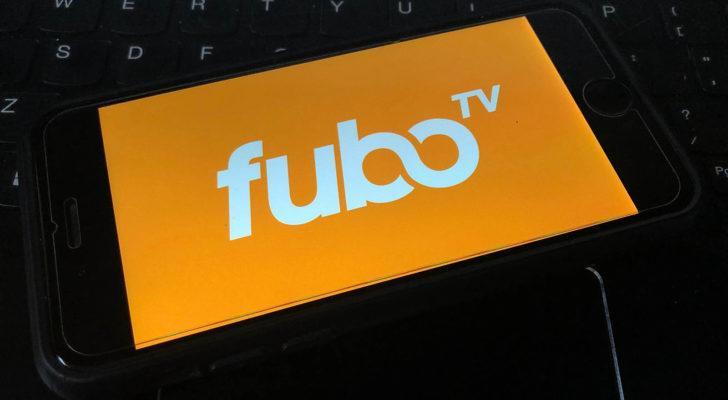 A picture of a FuboTV (FUBO) logo on a smart phone against a computer keyboard.

Notice anything about that list? Only one is independent: Fubo. That makes it a pearl of great price, with a market cap of $4.5 billion on 2020 revenue of just $217 million. That’s a fast-moving target, however. During its March quarter, Fubo had revenue of $119 million. As of next week, FUBO stock will join the Russell 3000 index.

It still loses money, but those losses are narrowing as it scales.

Fast broadband and the rise of dedicated services like Netflix (NASDAQ:NFLX) have made streaming cable very attractive over the last two years. Pay $65 a month for streaming cable instead of $150 for the wired variety and you have $85 to buy other streaming services or to put in your pocket.

Fubo initially called itself a “Netflix of sports,” and its lineup remains sports-heavy . An $80 per month “Elite” package offers literally dozens of national, regional and Spanish-language sports channels.

Fubo, which went public last year, isn’t entirely without bosses. Comcast (NASDAQ:CMCSA), ViacomCBS, and Walt Disney all have stakes in it, acquired through carriage rights. Comcast took a 9.3% stake early this year.

The Gaming Pitch for FUBO Stock

Like Sinclair Broadcast Group (NASDAQ:SBGI), which changed the name of its regional sports networks to Bally’s to get into sports betting, Fubo is also betting on gamblers for growth.

Fubo bought a Chicago-based start-up called Vigtory in January. It plans to launch a sports betting app in the fourth quarter.

This will put Fubo in competition with DraftKings (NASDAQ:DKNG), Flutter Entertainment (OTCMKTS:PDYPY) and the casino/sportsbook industry. The service will let gamblers watch and bet direct from their couches, as that becomes legal. Recently it added a former Penn National Gaming (NASDAQ:PENN) executive to the sports gambling unit’s board.

Fast growth and independence are what make Fubo attractive to investors. Otherwise, why pay 6-15x revenue (depending on how you’re measuring) for a money-losing company with a me-too service?

That’s how Lightshed Partners saw things last December when they recommended investors short the stock. They noticed that most of its cable operator holders had taken stock for carriage rights and expected them to sell. This, however, was before the launch of Fubo Gaming. A subsequent short squeeze sent the stock price as high as $52 a share in February. Shorts then took command into May, sending the stock as low as $16. It opens this morning at about $32.

Our Luke Lango, however, has the buy light on. He notes that most consumers have yet to cut the cord, with almost 65% still getting their TV via either cable or broadcasting. With under 600,000 subscribers in the first quarter, Fubo had plenty of room to grow, he wrote, making it the #1 streaming stock to buy.

As with Roku (NASDAQ:ROKU), with its streaming stick, Fubo is a minnow among sharks. If it has a better way of doing things, the giants who are trailing in these markets want it.

Comcast is the most likely buyer, as they’re reportedly circling both Roku and ViacomCBS. With $254 billion in market cap and over $100 billion in annual revenue, Comcast could easily buy Fubo, too. It would then plead for permission from antitrust authorities because it’s “so small” in relation to competitors Apple (NASDAQ:AAPL), Amazon (NASDAQ:AMZN) and Google.

But most deals would have to be friendly. Roku and ViacomCBS both have dual-share structures, giving management absolute control. It’s why only WarnerMedia has been sold in recent years, and that repeatedly.

Still, any Comcast bid would likely start a bidding war. If you want to be an arbitrageur, now is the time to get in.

On the date of publication, Dana Blankenhorn held LONG positions in AMZN and AAPL. The opinions expressed in this article are those of the writer, subject to the InvestorPlace.com Publishing Guidelines.