From Doubts And Struggles To International Recognition: Building One The Biggest Crypto Publications In The World 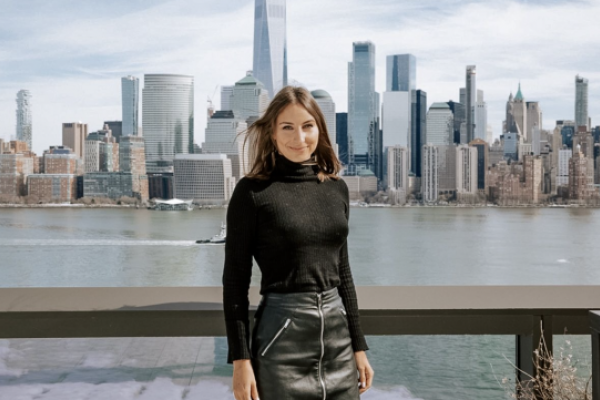 Victoria Vaughan (Arsenova) is a former CEO of Cointelegraph, who was in charge of growing the brand from a very small brand to a worldwide company.

How It All Started

Victoria had never heard about cryptocurrency before 2012. Not a lot of people did. She was working at a tech startup at the time, and part of her job included attending international conferences.

During one of the events, she was approached by a tech geek who tried to explain to her what this whole “crypto thing” is and why it’s going to “be the new money.”

Victoria admits that she didn’t really understand the concept at the time but was intrigued.

And in 2013, when Bitcoin was only $125, she accepted an offer to work at a startup that looked like a blog and had ambitious plans to become a crypto publication.

“It was just a couple of people, and we would publish two articles a week,” Victoria says.

“There was no clear understanding of how we’re going to build a media company, but we were eager to build an international brand.”

And she started with hiring people.

“The entire process of finding the right people was painful. You had to choose either someone who knows about crypto but might not have the right skill set for the job, or someone who has experience in their respective skills and taught them about the cryptocurrency world.”

From that point, the publication started growing slowly but surely.

But it’s not all about the growth from the editorial side, it is also about the strategy, the management, and the reputation.

“We already had a couple of players in the game who were doing well, and we needed to figure out how we can be different, and of course, how to make money.” 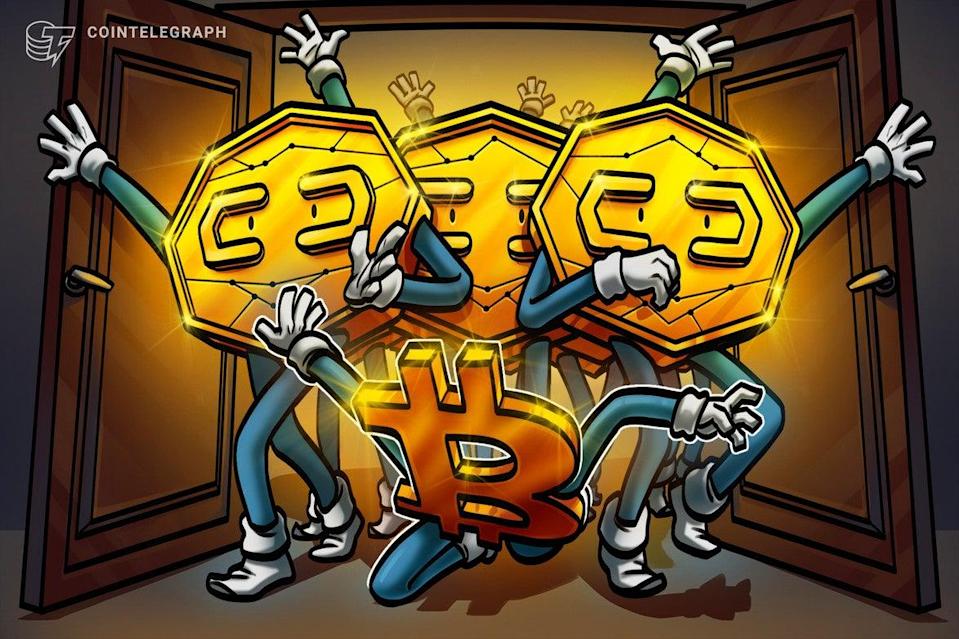 The idea behind famous Cointelegraph cartoon images was to make every reader feel comfortable with such a complicated industry – from institutional investors to traders and to someone who’s just learning about the space.

“We didn’t want to be perceived as too dry or soulless, or complicated, so we came up with a creative solution.“

Later on, the images became a part of brand recognition worldwide.

The Strategy That Worked

As for the numbers part, Victoria shared that, in her experience, building the right sales system and advertising offers, as well as operational strategy, is essential.

“We would adjust our offerings to the market demand, but we also understood that we have to offer something that other publications didn’t.”

So Victoria came up with a plan.

“In 2013-2014, the industry had a number of websites managed by enthusiasts, while we’re good at building products, but not at monetizing. We partnered with such platforms as CoinMarketCap, Whattomine, Coingecko, and several others.”

“We bought out all the advertising places there possibly is and thus, have had the largest advertising share in the industry. One of our partnership requirements was placing news ––our traffic by more than 200%, and the revenue by more than 300%.”

In 2017-2018, when BTC fluctuated as high as $19,000 skyrocketing from $900, the interest in being advertised outside the industry websites grew, and the Cointelegraph team expanded the sales plan accordingly.

"We have made a number of partnerships with media platforms, such as Investing.com, VentureBeat, The Next Web, Bloomberg, and several others, and were able to offer sponsored content placement on a big number of publications. This strategy had a great success and drove our revenues significantly.”

The worst part of the volatile crypto market is not only losing money if you don’t get out of your positions at the right time, it’s also managing people and budgets.

“Early on, we tried to balance between hiring a lot of people and spending huge amounts of money during peak, or bull, market, and suffering the consequences of losing money and firing people when ‘crypto winters,’ a period when prices plummet and do not grow for a significant amount of time, would come,” the former CEO remembers.

“With time, we learned how to operate our business right: We would coordinate earnings and spendings to ensure we could survive when the peak interest passes. And we would hire people that the business really needed despite how much profit we would make.”

Overall, Victoria says, the team has grown from just a couple of people to more than 100 employees worldwide.

“We grew from what was about 0 views to 15 million unique visitors in a matter of three years. And from what was two articles per week, we started publishing over 20 materials a day.”

But the growth beyond the cryptocurrency industry seemed stagnant.

In 2017, the crypto industry was certainly more recognized and known than in 2014, but major corporations and institutions remained skeptical to sets their foot in the game.

“We analyzed the market and came to a decision that expanding the business and building presence in countries around the world might help break the stigma around the industry.”

“Starting with just a few countries, like Japan, Spain, and Italy, the team was trying this theory out.”

While building an international presence, Cointelegraph decided to scale through local partners.

“We launched a franchise program and were looking for partners with experience in running media businesses and wanted to enter the crypto space. From our side, we provided brand recognition, whereas the local partners would bring their resources. This strategy worked very well."

“It took us a couple of years to make it right, and we were finally able to report to our readers in nine more languages –– Arabic, German, Spanish, Italian, Japanese, Korean, Portuguese, and Turkish.”

And, according to Victoria, this decision also reflected well on sales and profits.

The Price Of Working In Crypto

Working in the cryptocurrency industry is no easy job for everyone. But for a news outlet, it is something of a nightmare. You have to be on alert all the time. The markets don’t sleep, and neither do you.

“Endless hours –– it takes its toll on you,” Victoria admits.

And for someone who runs a company and makes crucial decisions every day, it becomes critical to keep your mind in shape.

“I enjoy horse riding in my very limited free time. It helps me feel closer to nature and free my mind,” Victoria shared. “And going to the spa, having a massage, is always a good idea.”

Victoria shared that despite all the challenges she had been through, she is very to have been a part of Cointelegraph's journey.

"Look back at how we started, I am tremendously proud of what we were able to achieve in several years. We've had a fantastic team that helped the publication and achieved significant goals. I am grateful I had a chance to be a part of this fantastic team."

*Victoria has joined the blockchain space in 2013 and was a CEO at Cointelegraph for over four years, bringing the company to top positions on the market. She has also contributed to the success of such well-known brands as Bitcoin.com Exchange, Scalable Solutions, and many others.