Ford the Commercial Fleet Disruptor? Analyst Lays Out the Case 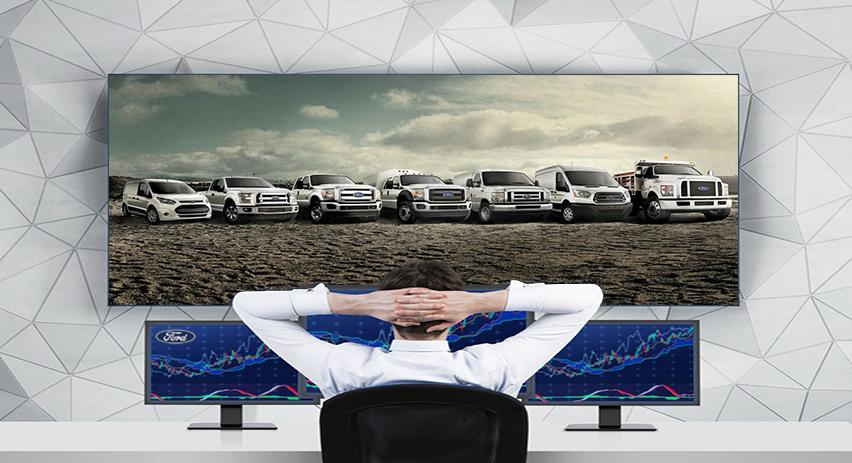 It’s well-known electric vehicles are the future of the auto industry, a fact legacy automakers are carefully aware of. These long-established players are increasingly mindful of not getting left behind and are allocating resources toward building their own stable of EV offerings.

RBC’s Joseph Spak thinks that within the whole auto spectrum, one less focused on segment could be ripe for disruption. And Ford (F) is positioning itself to make the most of this opportunity.

“Historically,” said the analyst, “Automakers didn’t specifically cater vehicles and services to commercial fleets, instead they offered altered versions of retail vehicles. Even Ford, who arguably focused on commercial fleet more than most, wasn’t organized to maximize the potential of fleet customers. With the organization of Ford Pro as a ‘company within’ Ford, this is changing.”

And this is taking place at a time which necessitates businesses make decisions about their fleets against a backdrop of global decarbonization efforts. Accordingly, attentive to fleet customers and their requirements, Ford Pro has made the F-150 Lightning Pro (for which production begins in the months ahead), while production of the e-Transit has just kicked off.

Spak thinks the electrification of commercial fleets introduces a new ecosystem beyond just electric and connected vehicles. The entire fleet experience, says the analyst, can be reinvented with the addition of intelligent software, charging, service and financing.

In fact, the analyst considers the commercial fleet as the “first great opportunity for software.” Because the cost savings and ROI can be demonstrated to fleets, commercial vehicles could become “the earliest use case” for software and services on top of hardware – i.e., the vehicle. And here Ford Pro Intelligence can play its part by providing customers with “real world, real-time data,” and finds solution for problems businesses didn’t even realize existed.

More in the here and now, however, Spak rates F shares a Sector Perform (i.e., Hold) along with a $26 price target. Nevertheless, there’s upside of 33.5% from current levels. (To watch Spak’s track record, click here)

6 other analysts join Spak on the sidelines and with the addition of 8 Buys and 3 Sells, the stock has a Moderate Buy consensus rating. The average price target, among these analysts, clocks in at $23.12, suggesting shares have room for 16% growth over the one-year timeframe. (See Ford stock forecast on TipRanks)