He has not specified how much of his portfolio is allocated to the cryptocurrency or other digital assets, but he admitted that he prefers Bitcoin to government bonds.

Shirzad joins Coinbase after leaving a 15-year tenure as global co-head of the office of government affairs at Goldman Sachs Group Inc, where he managed the firm’s government relations and public policy strategy.

In the past, Shirzad has assumed a number of important positions, including the International Trade Counsel to the US Senate Committee on Finance and as the U.S. G-8 Sherpa.

PayPal-, Celebrity-Backed Investing App Acorns Announces SPAC Deal: What Investors Should Know
Acorns is merging with Pioneer Merger Corp in a deal valuing the company at a $2.2 billion equity value.

The deal includes an oversubscribed and upsized PIPE.

The merger is expected to close in the second half of 2021 with shares of the new company trading as "OAKS" on the Nasdaq.

Acorns CEO Noah Kerner plans to contribute 10% of his ownership in a new program giving shares of the company to eligible Acorns customers. An additional 10% ownership in Acorns will also be offered from sponsors as part of the program.

Investors in the company include PayPal Holdings, BlackRock Inc, Ashton Kutcher, Jennifer Lopez and Dwayne “The Rock” Johnson, according to CNBC.

Gary Gensler Says Crypto Is Slipping Through Gaps, Proposes Crypto Exchange Regulation
Gary Gensler, the newly-appointed chairman of the U.S Securities and Exchange Commission (SEC), believes that the best point of putting in place investor protections is as at cryptocurrency trading venues.

“I think that there’s gaps in our current system…there are many crypto tokens that do come under the securities laws, and our agencies are trying to enforce the laws but there’s thousands of tokens and we’ve only been able to bring seventy-five actions,(sic)” said Gensler said during a Wednesday hearing.

Here's Why Kevin O'Leary Invests In DeFi, Doubles Down On Crypto And Thinks Everyone Should Also Do It
During a recent episode of Anthony Pompliano’s ‘The Pomp Podcast,’ O’Leary said that he is a “large shareholder” in a company called DeFi Ventures and that he plans to use DeFi to lend out assets in exchange for yield, with a target rate of 4.5 to 8% per year.

“Imagine if I could have had a 5% yield on my gold over these years, that would have been incredible. Well, I can on my crypto so that’s really what I’m doing in DeFi and I think I’ve got the best team in North America,” he explained.

O'Leary also added that he intends to increase his exposure to cryptocurrencies to up to 10% of his whole portfolio.

He recently revealed that he had allocated 3% of his investments to Bitcoin.

The fund is a passively-managed investment vehicle that is managed by Chief Strategist Peter Jubber and offered to accredited investors through the Fidelity Digital Funds subsidiary.

Since August, 83 investors have pooled in their funds to raise a total of $102,350,437 as per the SEC filings. In order to invest in Fidelity’s Bitcoin fund, investors had to offer a minimum investment of $50,000. 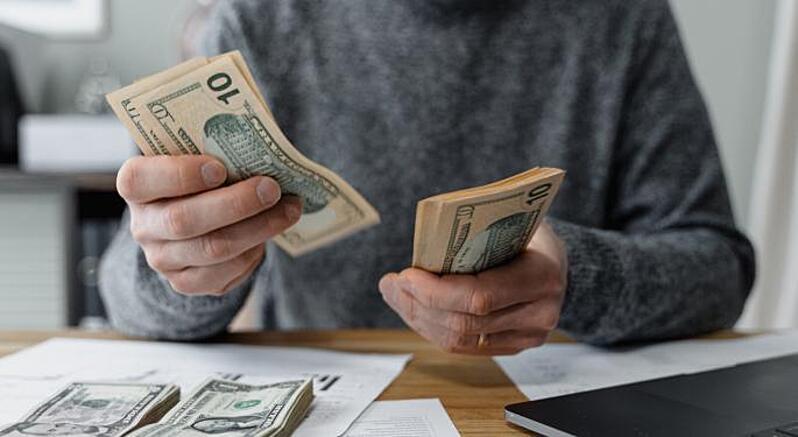 Vitalik Buterin Says Ethereum's Shift To Proof-Of-Stake Addresses Environmental Concerns: 'It's A Significant Part Of A New Era'
Proof-of-stake is a solution to the [environmental issues] of Bitcoin—which needs far less resources to maintain,” Fortune reported Buterin saying at the StartmeupHK virtual festival in Hong Kong.

"This thing we’re building isn’t just a game anymore. It’s a significant part of a new era,” he said.

Highlighting that Proof-Of-Stake operates under a “fundamentally different principle” than Proof-Of-Work (PoW), which is the mining mechanism currently used to mine both Bitcoin and Ethereum, Buterin believes that Ethereum’s energy consumption could be reduced by a factor of 100 or even 10,000.

Tired Of Zoom? Here's How Spot Meetings Lets You Engage With Professionals On The Go
The average American is active less than 20 minutes a day.

That’s according to Greg Caplan, who founded Spot this year alongside Hans Petter Eikemo as a platform to foster productive meetings on the go.

“I think the challenge is that so much of our lives are now digital, and we’re spending so much time sitting inactive,” Caplan told Benzinga in a discussion on making people happier and more productive through physical activity.

“We really need to help people get out there and active; it makes them happier and healthier, as well as more focused, engaged and creative.”

How Growth In Leveraged Finance Affects All Investors, According To Credit Expert Bob Kricheff
Even if you’re an equity investor, there’s a huge advantage to understanding credit risk.

In a new edition of his book “A Pragmatist’s Guide to Leveraged Finance: Credit Analysis for Below-Investment-Grade Bonds and Loans,” Kricheff unpacks emerging dynamics with respect to the high-yield leveraged bond and loan market, now valued at over $4 trillion.

Kricheff spoke with Benzinga about the implications of fast-changing markets, as well as what to look for when it comes to the world of issuance, evaluation and investment for high-yield debt securities.