Finding the Best Semiconductor Stocks Amidst the Chip Shortage

The semiconductor chip shortage that’s been frustrating a wide swath of businesses around the globe — from automakers to household electronics manufacturers to video game makers — may soon diminish. 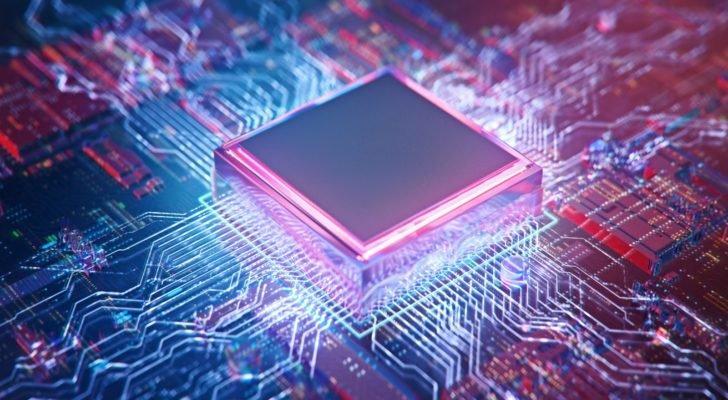 In fact, the world is likely in the deepest part of the shortage right now, according to industry analysts at The Goldman Sachs Group, Inc. (NYSE:GS), and we’ll likely see shortages ease toward the second half of the year.

Consulting firm Alix Partners estimates the worldwide auto industry could lose $110 billion in revenue this year because of the shortage, with the difficulties piling up highest during the second quarter, and then dropping off during the second half of the year.

Tesla, Inc. (NASDAQ:TSLA) recently scrapped a group of radar sensors and lumbar support from the Model 3 sedan and Model Y crossover for cars in North America as it deals with supply chain issues that include a lack of needed semiconductor chips.

Ford Motor Company (NYSE:F) and General Motors Company (NYSE:GM) executives have also predicted the second quarter will be the low point for the shortage as well as several automakers that have been forced to close factories because of the chip shortage.

A post-pandemic economic surge helped lead to the shortage, which has mostly concerned chips that are made with decade-old technologies used for power management, display controllers, microprocessors and analog chips. Interestingly, newer technologies like 5G-enabled smartphones also rely on some of these older chips, and so an increase in production demand has strained manufacturers’ capacity.

As technology manufacturers around the world scramble to secure the supply they need, U.S. government officials have finally begun to take steps to address the country’s erosion of leadership in.

In January, lawmakers passed the Creating Helpful Incentives to Produce Semiconductors (CHIPS) for America Act as part of the annual defense bill. The bill authorizes the federal government to invest in domestic chip research and manufacturing, though it doesn’t budget any funds to do so.

A new bill passed in the Senate Tuesday, called the U.S. Innovation and Competition Act, allocates $52 billion to fund portions of the CHIPS for America Act.

Intel Corporation (NASDAQ:INTC), for example, announced in March it will spend $20 billion to build two semiconductor fabrication plants in Arizona. The company also has plans to put $3.5 billion to ramp up operations in New Mexico for advanced semiconductor packaging technologies.

If you’re interesting in playing the chip shortage, one stock worth a look is Taiwan Semiconductor Manufacturing Co. (NYSE:TSM), which earns a “Strong Buy” rating in my Portfolio Grader, with a Total Grade of A and a Quantitative Grade of A, indicating strong institutional buying pressure under the stock.

In April, the world’s largest contract chipmaker said it would spend $100 billion to increase its manufacturing capacity over the next three years. The company also recently announced it is taking steps to boost its production capacity to better meet demand. The company announced it will invest $12 billion to construct a semiconductor factory in Arizona. The facility is expected to be operational in 2024 and will produce 5-nanometer chips.

TSM management also noted that its 3-nanometer production facility is set to begin operations in Tainan, Taiwan in the second half of 2022.

In its first-quarter announcements, TSM noted that the global shortage could ease a bit in the third quarter, but TSM expects overall demand to remain high and the shortage to persist into 2022. As a result, TSM boosted its spending targets to $30 billion to expand manufacturing capacity and upgrades for this year.

Looking ahead to the second quarter, TSM expects total revenue between $12.9 billion and $13.2 billion. That represents 24.3% to 27.2% year-over-year revenue growth — and the forecast is in line with analysts’ current estimates for $13.15 billion.

The stock has soared over the past year, rising 106%. That’s close to double the industry benchmark, the iShares PHLX Semiconductor ETF (NASDAQ:SOXX), which has climbed 59% over the same timeframe.

That’s not the only semiconductor company I like right now. In fact, there are several others on my Growth Investor Buy Lists that are perfectly positioned to benefit from the recent chip shortage. It’s also filled with fundamentally superior stocks.

in several of the most explosive sectors of the economy, like internet technology, semiconductors, artificial intelligence (AI) and healthcare. So, my Growth Investor Buy List represents the crème de la crème of growth stocks with strong sales and earnings.

If you’re interested in my Growth Investor service, now is the perfect time to join. I recently released my Growth Investor June Monthly Issue with five new buys, my latest Top 5 Stocks list, as well as my outlook for the market this summer.

There will be a lot to talk about, so click here now to get started!

Note: The Editor hereby discloses that as of the date of this email, the Editor, directly or indirectly, owned the following securities that are the subject of the commentary, analysis, opinions, advice, or recommendations in, or which are otherwise mentioned in, the essay set forth below:

The post Finding the Best Semiconductor Stocks Amidst the Chip Shortage appeared first on InvestorPlace.