Virgin Galactic (NYSE:SPCE) stock is firing on all cylinders. The space tourism company is inching closer toward taking passengers on its commercial flights, and wealthy individuals are ready to book their seats. SPCE stock has soared since the last successful test flight, and its momentum is unlikely to slow down. 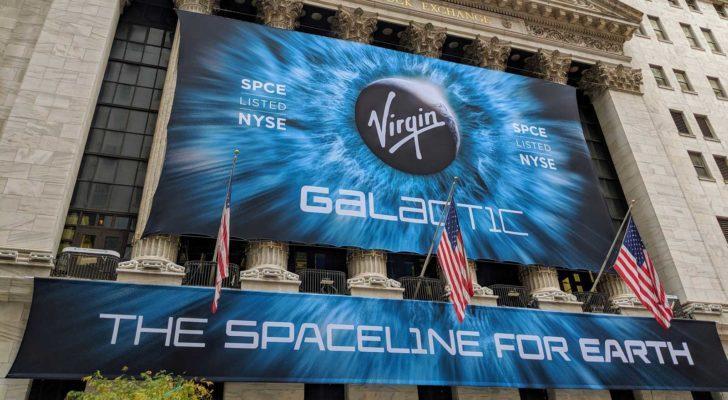 SPCE stock went from $15.50 on May 13 to $55.91 on June 25. Investors who patiently waited for the stock to take off have profited significantly. I believe the trend can continue; I am optimistic about space tourism, especially in the case of Virgin Galactic.

If you purchased SPCE stock at $31 based on my June 4 recommendation, you’re likely sitting on 58% gains. I am bullish on the stock and believe it will reach $60 in the near future.

Virgin Galactic has completed the first step in its goal of taking passengers to space: it has received approval from the Federal Aviation Administration (FAA). The company announced it was given the green light by the FAA on June 25, which took the stock’s price 40% higher from the previous day’s close. Additionally, uncertainty about the stock has lessened as passenger flights into space are expected to begin in 2022.

The new license is an upgrade from existing permissions, which only allowed Virgin Galactic to conduct test flights into space. It was granted after the company’s May test flight was conducted successfully.

The FAA’s approval proves the technical development milestones for space tourism were met and the flight is safe enough for passengers. Richard Branson is mulling another flight on July 11 while competitor Jeff Bezos is taking a flight on July 20.

The company will start taking passengers into space next year and already has more than 600 bookings. Once the company starts commercial operations, the number of travelers could increase significantly. While the tickets are expensive now, the flights can become more regular and affordable in the future. The company will someday be able to fly dozens of people into space each month and its revenue could hit billions then.

It’s been a wild ride for Virgin Galactic, but the company has been unstoppable. Despite the delay in test flights and technical glitches, it continued to invest in the business and kept progressing in the right direction.

The competition is growing fiercer, and the company has to make a move before passengers start considering other alternatives. But the FAA’s approval is a good sign for Virgin Galactic and more positive news can keep the stock on an upward trend. SPCE stock has the potential to generate high revenue in the long term.

The Bottom Line on SPCE Stock

There is certainly a lot of speculation surrounding Virgin Galactic’s next flight and when its passenger service will begin. But the company’s future does not look quite as blurry anymore. The FAA’s approval does not change the viability of the business. But Virgin Galactic is one step closer toward making space tourism a reality.

The company will not see any revenue until passenger flights begin next year, but the company has enough cash to burn for research and capital expenses. The cash balance stood at $617 million at the end of the first quarter in 2021.

If Richard Branson takes the flight this weekend, brace yourself for strong movement in SPCE stock’s price. Whenever the company announces a schedule or completes a successful flight, its stock soars.

Even if the price comes down, it will go up again — any pullback is an opportunity to buy the stock. Virgin Galactic is close to delivering on its promises. SPCE stock will score profits for long-term investors; patience is the key.

On the date of publication, Vandita Jadeja did not have (either directly or indirectly) any positions in the securities mentioned in this article. The opinions expressed in this article are those of the writer, subject to the InvestorPlace.com Publishing Guidelines.

Vandita Jadeja is a CPA and a freelance financial copywriter who loves to read and write about stocks. She believes in buying and holding for long term gains. Her knowledge of words and numbers helps her write clear stock analysis.