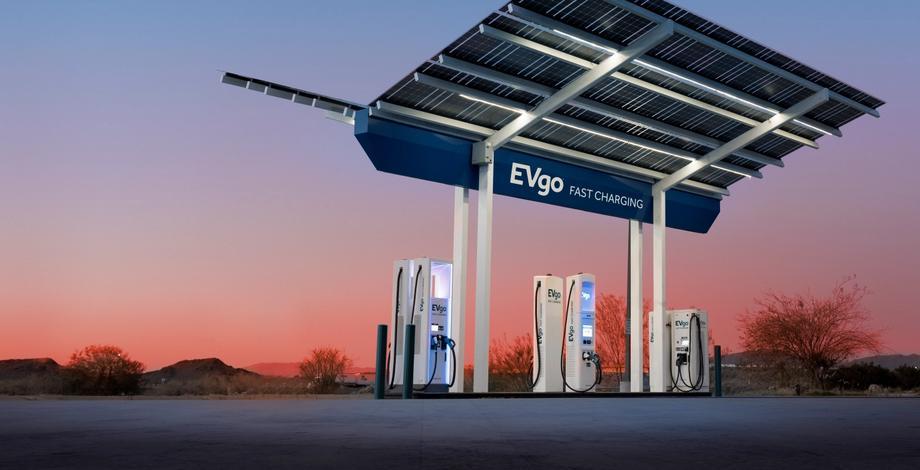 Investors are encouraged to contact Morrow Sodali LLC, CRIS’s proxy solicitor, with questions or for assistance via e-mail at CLII.info@investor.morrowsodali.com or toll-free call at (800) 662-5200

Cathy Zoi joined EVgo as CEO in 2017 and has led the company’s growth and its establishment as the preeminent public fast charging network in the US. Zoi came to EVgo as a distinguished executive with decades of experience in the clean energy, investing, and policy communities.

She has held numerous CEO and senior executive positions in the energy industry, government, academia and non-profit sectors. She was President and co-founder of Odyssey Energy, a distributed generation software company she continues to chair. She was founding CEO of Frontier Power, a rural electrification company incubated by SunEdison. Zoi was an energy investor at Silver Lake and Bayard Capital, a board member for Ice Energy, SES, and Pacific Solar, and a management consultant at ICF and Next Energy. She served in the Obama Administration as Assistant Secretary and Acting Under Secretary at the Department of Energy, where she oversaw more than $30 billion in energy investments. Zoi was also the founding CEO of both the Alliance for Climate Protection, established and chaired by U.S. Vice President Al Gore; and the Sustainable Energy Development Authority, a $50m fund to commercialize clean energy technologies in Australia. In the early 1990s, Zoi was Chief of Staff for Environmental Policy in the Clinton White House and she pioneered the Energy Star program while at the U.S. EPA. Zoi was also an adjunct professor and Precourt Energy Scholar at Stanford University, where she taught and did research between 2012 and 2017.

Zoi has a B.S. in Geology from Duke University and an M.S. in Engineering from Dartmouth.

David Crane is a prominent energy industry executive, both in the traditional and the clean energy sectors and a long-term climate advocate committed to leading the energy industry’s transition to clean energy. Mr. Crane carries with him 13 years of aggregate experience as CEO of three publicly traded energy companies, International Power plc (“IPR”), NRG Energy, Inc. (“NRG”), and NRG Yield Inc. (now Clearway Energy Inc., or “Clearway Energy”), and over 30 years of experience in the energy sector.

During his 12-year tenure as CEO of NRG, Mr. Crane transformed the company into not only a Fortune 250 member, but also a purpose-driven enterprise committed to taking a leading role in the transition to a clean energy future. Specifically, Mr. Crane led the company through its evolution to become one of the nation’s largest utility-scale renewables companies (Clearway Energy), a top-four home solar business (NRG Home Solar), the owner of the world’s largest post-combustion carbon capture project (Petra Nova) and the nation’s most extensive level 3 electric vehicle charging network (EVgo). Additionally, NRG, under Mr. Crane’s leadership, was a key member of the U.S. Climate Action Partnership.

Mr. Crane also has decades of experience leading and executing complex, industry-defining transactions. At NRG, he was responsible for the company’s acquisitions of Texas Genco LLC for $5.8 billion in 2005, GenOn Energy, Inc. for $1.7 billion in 2012, Green Mountain Energy Company for $350 million in 2010 and Edison Mission Energy for $2.6 billion in 2014. Mr. Crane also led NRG’s transition to retail with the approximately $300 million acquisition of Reliant Energy in 2009, which resulted in the broader sector’s pivot towards an integrated generation and retail platform. On the clean energy front, Mr. Crane pioneered the renewable-driven YieldCo equity class with the initial public offering of NRG Yield in 2012.

Prior to NRG, Mr. Crane was the CEO of International Power Plc, a UK-domiciled FTSE-100 company, an energy sector banker at Lehman Brothers Holdings Inc. in New York City and an attorney specialized in project finance and debt restructuring at White & Case LLP in New York City and Hong Kong.

Mr. Crane is a leading voice on climate change and the energy sector’s role in reducing greenhouse gas emissions, having written extensively and spoken widely on the topic. He also serves as a leader of “B Team,” a select group of business executives and society leaders convened to demonstrate that corporate leadership can be harnessed to solve global societal issues, and as a Board member of The Climate Group, VoteSolar and the Elemental Excelerator Inc., an accelerator of clean tech startups.

About CRIS and EVgo

CRIS is a special-purpose acquisition company (“SPAC”) formed to identify and acquire a scalable company making significant contributions to the fight against the climate crisis. CRIS is co-sponsored by private funds affiliated with Pacific Investment Management Company LLC (“PIMCO”), which has more than $640 billion in sustainability investments across its portfolios. CRIS is led by a seasoned operations and leadership team that has decades of experience at the intersection of climate change and capitalism, and includes veterans from NRG, Credit Suisse, General Electric and Green Mountain Power. For more information, please visit www.climaterealimpactsolutions.com/.

EVgo is the nation’s largest public fast charging network for electric vehicles, and the first to be powered by 100% renewable energy. With more than 800 fast charging locations, EVgo’s charging network serves over 65 metropolitan areas across 34 states, owns and operates the most public fast charging locations in the US. and serves more than 250,000 customers. Founded in 2010, EVgo leads the way on transportation electrification, partnering with automakers; fleet and rideshare operators; retail hosts such as hotels, shopping centers, gas stations and parking lot operators; and other stakeholders to deploy advanced charging technology to expand network availability and make it easier for drivers across the U.S. to enjoy the benefits of driving an EV. As a charging technology first mover, EVgo works closely with business and government leaders to accelerate the ubiquitous adoption of EVs by providing a reliable and convenient charging experience close to where drivers live, work and play, whether for a daily commute or a commercial fleet. EVgo’s parent company is LS Power, a New York-headquartered development, investment and operating company focused on leading edge solutions for the North American power and energy infrastructure sector. On January 22, 2021, EVgo announced that it entered into a definitive business combination agreement with CRIS (NYSE: CLII). For more information visit evgo.com and lspower.com.