Embracing Worth Beyond Wealth: Who Is Worthy Now?

It was decades in the making, but 2019 was a pivotal year for how the business community was speaking about its responsibility to society. It was the year when BlackRock CEO Larry Fink wrote his famous letter, as well as when the Business Roundtable, that group of big league CEOs, spoke out in favor of stakeholder capitalism, signaling that finally, business was starting to take social responsibility more seriously.

In Fink’s annual CEO letter that year, he highlighted the link between profit and purpose. “Purpose is not a mere tagline or marketing campaign; it is a company’s fundamental reason for being—what it does every day to create value for its stakeholders.” Fink continued by connecting purpose with the need for financial success: “Profits are essential if a company is to effectively serve all of its stakeholders over time—not only shareholders, but also employees, customers, and communities.” This means that while profits are necessary, there will be cases where leaders will have to make decisions that align with the core values of their organization even if they have the potential to diminish profits. 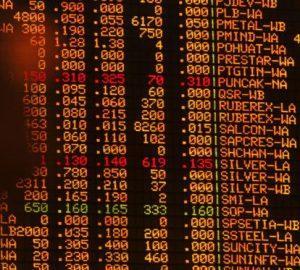 Previously, it was tempting to conclude that Corporate Social Responsibility (CSR) was most often part of a corporation’s communications strategy rather than something integrated into its core business and operating models. “Greenwashing,” or more recently “woke-washing,” were gimmicks that companies used to make themselves look more responsible than they really were. But now that approach no longer works, because they are being held more accountable by customers, employees and investors in a more transparent business landscape where more and more kinds of information is available to everyone.

Some critics of this movement argue that the costs of doing responsible business will be higher, while “conscious capitalist” executives respond that serving all stakeholders more effectively will lead to higher returns for shareholders over time. The skeptics may be proven wrong. Both consumers and other businesses may prefer to do business with mission-driven organizations and new financial instruments like ESG and racial equity bonds could begin to lower costs of capital, just to name two possible positive outcomes for more stakeholder-centric companies.

This may not be a new debate, but now is definitely the right time to implement the learning and methods that have been discussed for many years. Back in 1970, influential University of Chicago economist Milton Friedman published an essay entitled “The Social Responsibility of Business Is to Increase its Profits.” It said that the purpose of an organization IS profits, not to be socially responsible and suggested that the idea of corporate social responsibility dates at least as far back as half a century ago. In 1984, Edward Freeman published Strategic Management: A Stakeholder Approach, suggesting ways to deliver value to all stakeholders. A decade later, John Elkington coined the Triple Bottom Line, outlining the need to balance profits with a company’s impact on people and the planet. In 2014, Whole Foods Market founder John Mackey and Raj Sisodia wrote Conscious Capitalism, which described how businesses could act ethically while still pursuing profits.

But in 2019 when nearly 200 CEOs of some of the world’s largest corporations signed the Business Roundtable declaration that redefined the purpose of a corporation it signified a renewed, definitive commitment by the business community. Earlier statements by the Business Roundtable had consistently said that corporations exist principally to serve shareholders, whereas the new declaration asserted that companies should “serve not only their shareholders, but also deliver value to their customers, invest in employees, deal fairly with suppliers and support the communities in which they operate.”

Related Larry Fink: How Climate Change Will Upend the World of Finance 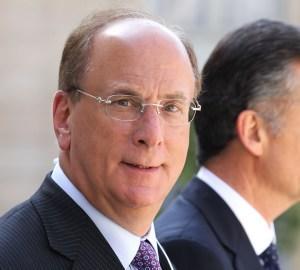 So why now? A new sensibility and alignment among leaders of business and finance is combining with and responding to a profound shift in sentiment among citizens worldwide, especially younger people who are increasingly focused on the threats to society, especially climate change. Millennials and Gen Z will increasingly have the financial power to make change as they scrutinize and choose the companies they work for, spend money with and invest in. The urgent and growing concern about climate change is also forcing even traditional companies to address emission and sustainability issues in a way that may often affect the bottom line. The Biden Administration’s decision to rejoin the Paris Agreement, for example, was a strong signal to corporations that climate goals are going to be taken seriously. Additionally, there is increased public trust in business relative to other societal institutions, and the expectation that it can and must step in where government has failed.

As we at Worth are strong proponents of this shift, we are focusing our editorial efforts on highlighting topics related to conscious & stakeholder capitalism, ESG & impact investing and diversity & inclusion. As part of this move, we are launching the Worthy 100, an annual list that will celebrate the entrepreneurs, executives, companies and organizations that are using their influence and affluence to make a positive impact on the world. The Worthy 100 will replace Worth’s longstanding Power 100 list, which recognized the most powerful people in global finance. We now believe that the most important way to think about power is to evaluate how it is being used to impact positive change.

Wealth has grown, but so has inequity and inequality. Please join us on this journey to make a difference. Nominate yourself or someone you know for the Worthy 100 here or using the form below.

Final applications are due August 1, 2021. Submit details to begin the application process.

The post Embracing Worth Beyond Wealth: Who Is Worthy Now? appeared first on Worth.