Tesla (TSLA) CEO Elon Musk recently spoke out regarding the energy consumption of bitcoin (BTC-USD) and other cryptocurrency mining operations, questioning the sustainability of current levels of power consumption and emphasizing the importance of adopting renewable energy sources.

However, Don Vo, CEO of VBit Technologies, told Yahoo Finance Live that he believes Musk is wrong about the issue.

“I think Elon Musk is wrong, or maybe he's just setting up a story for his front and his future endeavors into the bitcoin mining space,” Vo said. “But the truth—the reality is most bitcoin mining data centers are actually using renewable energy. Like VBit's data centers, we're using hydroelectric power.”

Following China’s announcement that it would be ramping up its efforts to crack down on the mining of bitcoin and other cryptocurrencies, which sent crypto markets tumbling, some experts believe the cryptocurrency industry may actually benefit greatly in the long run as companies begin to move their mining operations overseas. Vo said that his company receives many calls every week from Chinese mining groups that are looking to relocate hundreds of thousands of machines to VBit’s North American data centers.

The news reignited debate about the environmental sustainability of crypto mining over speculation of Chinese mining companies’ utilization of coal power.

Because the crypto space is still a relatively new industry, Vo says it's widely misunderstood. Due to Musk being one of the wealthiest people in the world, he carries some influence on the cryptocurrency sphere with a following of people who do not “really understand the space,” Vo said. He believes this may change as the industry becomes more established and people do their “own due diligence.”

Vo also stated that no country should own more than 51% of the mining hash power because it would concentrate too much power in one location and allow the country to “attack the network with a 51% attack.” He pointed to China’s authoritarian government as being one of the main reasons why this was a real possibility.

“What this crackdown shows is [that] bitcoin is resilient,” Vo said. “Not even a powerful country like China can shut down the bitcoin network. They would simply just shift to another country and give other countries more opportunity to get a foothold on it.”

According to a Bitcoin Mining Map released by the University of Cambridge, over 65% of bitcoin mining was conducted in China prior to the crackdown. He estimates that Beijing’s decision will cause the country to lose out on billions of dollars in revenue and jobs for infrastructure building.

“So I think it's a really big mistake that China is driving all of this revenue away from their country,” Vo said. “And also by driving it away, it's actually helping bitcoin achieve that democratization, decentralization that Satoshi had initially envisioned, right?” 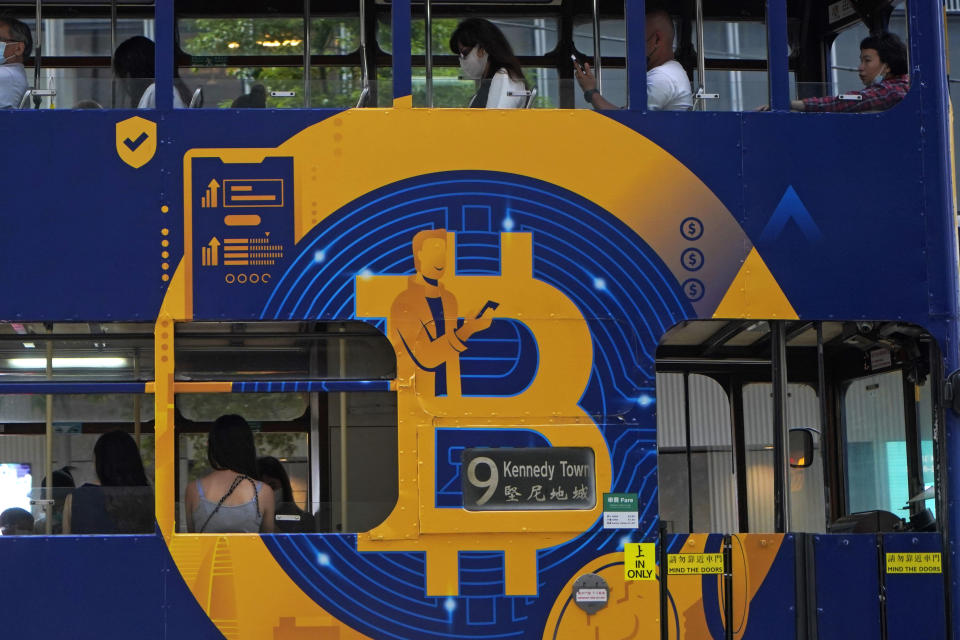 FILE – In this May 12, 2021, file photo, an advertisement of Bitcoin, one of the cryptocurrencies, is displayed on a tram in Hong Kong. China’s biggest banks promised Monday, June 21, 2021, to refuse to help customers trade Bitcoin and other cryptocurrencies after the central bank said executives were told to step up enforcement of a government ban. (AP Photo/Kin Cheung, File)