Dogecoin Is a Joke Currency, but the Farce May Continue Indefinitely

When the “Dogefather,” none other than Elon Musk, appeared on Saturday Night Live, it marked an interim peak for Dogecoin (CCC:DOGE-USD). The Chief Executive Officer of Tesla (NASDAQ:TSLA) called the cryptocurrency a hustle. Dogecoin Is a Joke Currency, but the Farce May Continue Indefinitely 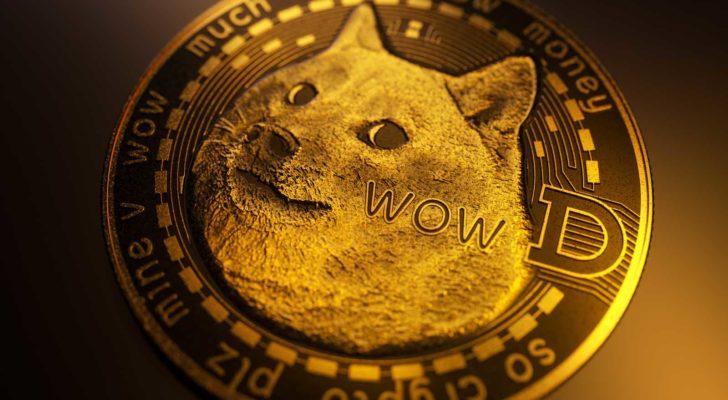 Cryptocurrency holders ought to worry about its true value when one person can move its price at any time.

This led to a drop in all the major cryptos, including Bitcoin and Ethereum. Dogecoin, of course, fell, too. Musk’s lack of awareness of bitcoin’s harm to the environment is puzzling.

Mining the coin takes teraflops of processing power. Demand for computer chips (CPU) and graphics chips (GPU) are soaring due to the sharp price increases in bitcoin.

Downside to a Joke Currency

Demand is so strong the PC gamers cannot buy a GPU for less than at least $1,500 to $2,000. Nvidia (NASDAQ:NVDA) announced it would launch anti-crypto mining GPUs to replace the RTX 3060.

The deliberate slowing of has rate (or mining efficiency) by 50% will probably not help consumers. Cryptominers will still buy the GPU despite the hardware restrictions. They may still circumvent the restrictions, punishing PC gamers in the process.

The Dogecoin creator took only a few hours to create the currency. Its value soared when Musk referred to it a few times. For example, in addition to referring to himself as the Dogefather, he said he would commit to using it to fund a SpaceX Moon mission. By naming the mission Doge-1, the added attention lifted DOGE prices.

Dogecoin’s reliance on one figure is bad news for the currency in the long run. Bitcoin has a long history. Its protocol is built on a blockchain. It has a specific database where the blockchain decentralizes ownership. So, no single person or group has control of the blockchain.

Musk’s recent realization that Bitcoin harmed the environment is unusual. The firm bought $1.5 billion worth of Bitcoin in the last quarter. The $272 million in Bitcoin sales led to a $101 million positive impact on profitability. Bitcoin profits added positively to its $438 million on GAAP net profits in the first quarter.

Dogecoin’s fate is at the mercy of Musk’s tweets. His changing sentiment for Bitcoin and Dogecoin is ultimately unpredictable. This will lead to more volatility in DOGE prices. Fortunately, Reddit’s Dogecoin group is growing and now has 1.9 million subscribers.

The sooner the coin decouples from Elon Musk’s posts, the more relevance it has in the cryptocurrency market.

A sudden and permanent shift in sentiment may damage Dogecoin’s perceived value. Markets may decide that after its recent volatility, the hype is fading. And because speculators seek the next thrill, they move on to something else.

The Securities and Exchange Commission’s suit against Ripple (CCC:XRP-USD) may add uncertainties to the crypto market. Last December, the SEC filed a lawsuit against Ripple. It alleged that its XRP sales constitute an unregistered securities offering. More recently, Ripple claimed that the SEC misquoted it.

The SEC investigated Riot Blockchain (NASDAQ:RIOT) but concluded its investigation without recommending any enforcement action.

Investors do not have a tangible model to work with in valuing Dogecoin. Positive sentiment, bullish momentum, and Elon Musk’s tweets are positive catalysts for the stock. Watch out for a reversal. If it turns negative, take some profits off the table.

On the date of publication, Chris Lau did not have (either directly or indirectly) any positions in the securities mentioned in this article. The opinions expressed in this article are those of the writer, subject to the InvestorPlace.com Publishing Guidelines.

The post Dogecoin Is a Joke Currency, but the Farce May Continue Indefinitely appeared first on InvestorPlace.