Dogecoin Bulls in Charge After Coinbase Makes It Official

Without wasting too much time, popular U.S.-based cryptocurrency exchange Coinbase revealed that it would be listing Dogecoin on its professional-level platform. Investors can start trading DOGE on Coinbase Pro on Thursday, June 3, depending on liquidity, and in the interim can begin making inbound transfers.

Coinbase chief Brian Armstrong had tipped his hand to a Dogecoin listing in mid-May giving a window at the time of six to eight weeks for the big day. Armstrong, who said at the time that asset addition is “near and dear” to his heart, couldn’t wait that long. The Dogecoin price began accelerating as soon as the listing was made official on Tuesday and has not looked back, adding more than 35% to its value in the last 24-hour period and silencing any critics, for now.

For its part, Coinbase is not only wildly popular for the ease in which individuals and institutions alike can trade, but it is also publicly traded, giving Dogecoin an even greater chance to reach mainstream adoption. Google Trend searches for Dogecoin hit “peak popularity” with a score of 100 last month but have since tumbled. Meanwhile, with the tailwind of Elon Musk touting Dogecoin for payments, it is unclear what could stop this runaway train investment in the short term. 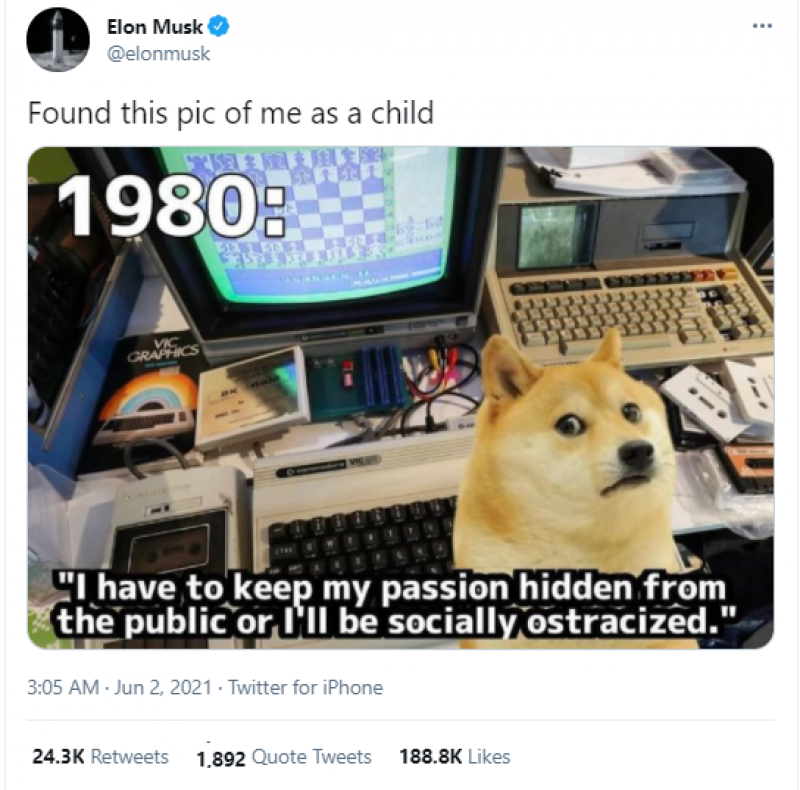 The Dogecoin community on Reddit is troubleshooting whether the Coinbase gains are now built-in and once the coin starts trading on the exchange it will sell-off. They are finding courage in Tesla, which went public in 2010 at USD 3.40 per share and currently boasts a market cap of more than USD 600 billion. While it may not be an apples-to-apples comparison, the common thread is Elon Musk and that is enough for many DOGE investors. The next target for DOGE investors is the USD 0.50 level, up from USD 0.41 currently.

Dogecoin has yet to be added to Coinbase.com or the exchange’s consumer-facing mobile apps.