Does Palantir Have the Right Stuff to Get Back to $40?

Palantir Technologies (NYSE:PLTR) went on a run in June. PLTR stock gained 15% on the month, almost seven times the return of the S&P 500. 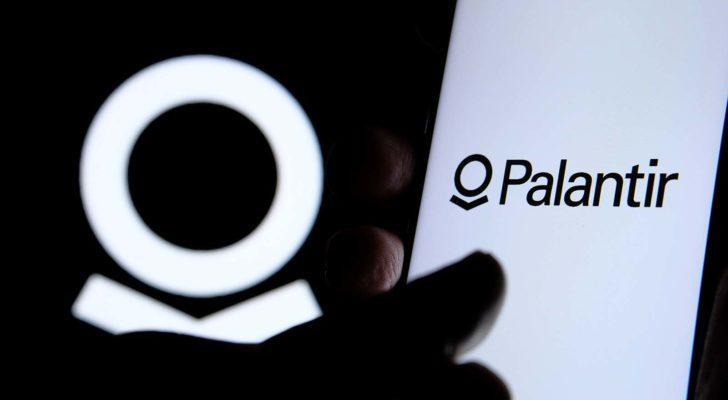 A close-up shot of a hand on a screen with the Palantir (PLTR) logo.

There’s no question that the data analytics software company has the momentum heading into the second half of 2021. Its stock traded as high as $45 in January.

Can it get back to the $40s by the end of the year? Let’s consider the possibilities.

Sometimes I think investors forget that Palantir’s been a public company for just nine months, going public on Sept. 30 with a direct listing reference price of $7.25. It gained 31% on its first day of trading and is up more than 150% since then.

Were it to get to $40 by the end of the year, its annualized return would be approximately 10 percentage points higher than today. So, if you bought today – as I write this, it’s trading around $26 – you’d be looking at an annualized return of almost 104%.

But it’s got to get there first.

When I last wrote about Palantir in early May, I sent a mixed message to readers.

On the one hand, I thought CEO and co-founder Alex Karp’s 2020 compensation was exceptionally obscene. Karp took home nearly $1.1 billion in cash and stock compensation. His pay accounted for 4.9% of Palantir’s revenue for 2020.

His compensation was exceptional; The New York Times reported that Karp was the highest-paid CEO of a publicly traded company in 2020.

So, not only do you have to be good with the fact that Palantir has an exceedingly high valuation at 40.7x sales, but you also have to reconcile the fact you’re buying a stock whose CEO is tops in CEO compensation, putting him on the AFL-CIO’s dartboard as public enemy No. 1.

But go ahead and make the play.

In April, I suggested that as long as the Ark Innovation ETF (NYSEARCA:ARKK) continued to hold Palantir in the middle of the pack in terms of the fund’s holdings, it remained a stock to buy in the teens. That feeling didn’t change in May.

However, Cathie Woods’ ARKK weighting has increased to 15th spot as of July 1, at 2.38%. That puts it just outside the top 10 and much higher than in April. Her commitment to Palantir’s getting stronger, although some of that is due to capital appreciation.

So, what is it that Wood finds so irresistible about Palantir?

I’ll lean on InvestorPlace’s Mark Hake for a possible answer.

I love FCF stocks, so his comments piqued my interest.

However, Hake’s point is that the probability of its FCF margin moving into the teens is likely. So, based on a projected 15% FCF margin and $2.4 billion in revenue (double the current TTM sales), it would have $360 million in FCF.

However, for those who don’t care about CEOs being overpaid, I think the current downside to PLTR isn’t all that great. It’s on a roll. Things in motion tend to stay in motion until an event gets in the way.

The post Does Palantir Have the Right Stuff to Get Back to $40? appeared first on InvestorPlace.