Robinhood on Wednesday agreed to pay almost $70 million to settle regulatory allegations that the digital trading platform misled users and approved customers for inappropriately risky trades — though the company did not admit wrongdoing.

The settlement marks the latest skirmish between regulators and trading platforms amid the rise of meme stock trading, which has sent shares soaring in companies like GameStop (GME) and AMC (AMC).

The regulatory battle over the retail investing craze will escalate even further, with "likely" new rules that aim to protect traders, says Sarah Levy, CEO of Betterment, a digital investing company that favors passive investing and doesn't allow users to hand pick stocks.

Levy proposed that the government require that traders receive information to ensure they understand the risks involved in some online investing.

"There are some things that technology has obviously advanced in terms of day traders' and investors' ability to sort of band together to drive outcomes," says Levy, whose company manages roughly $30 billion in customer assets.

"But the notion that you're always going to be at sort of the right moment in that groupthink — I think is unlikely," she adds. "So it seems to me that there's likely to be more regulation, and that the government in particular could do a better job of education."

"Beyond that, I can't really predict the specifics," she later adds. "Because this is really complex, and it's evolving incredibly quickly."

'Not always the best thing for investors'

SEC Chair Gary Gensler in House testimony in May criticized apps that "gamify" stock trading and the potential conflict of interest for market makers that profit from the execution of high-volume trades, hinting at potential new rules for digital investing platforms.

Speaking to an industry conference last month, Gensler rekindled such criticism, saying that the SEC is examining the structures behind the rise of retail investing and the role played by market makers, the Wall Street Journal reported.

Levy expressed some concern about the gamification of stock trading, warning that the practice is "not always the best thing for investors." The ease of day trading belies the complex and risky nature of retail investing, Levy warned.

"I think that the biggest challenge is making sure that the regular investor does not get hurt by the system and the tools available to them," says Levy, who took over Betterment in December after more than two decades at Viacom and ViacomCBS (VIAC).

"There are complex tools being put in the hands of many," she adds. "Just like power tools, we wouldn't expect anybody to be able to use a nail gun." 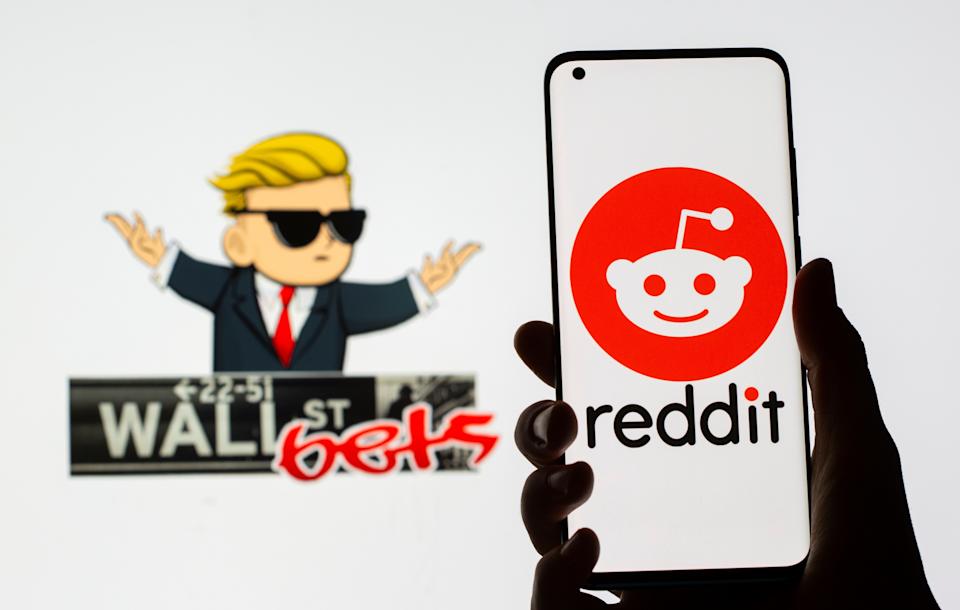 The Reddit logo is seen on a smartphone in front of a displayed Wall Street Bets logo in this illustration taken January 28, 2021. Meme stocks have gained traction on Reddit. REUTERS/Dado Ruvic/Illustration

Drawing momentum from the rise of digital investing, Betterment added $10 billion in customer assets over the first quarter, and saw new clients and net deposits grow 116% and 118%, respectively over that period, Betterment said in a statement in April.

"If people have disposable income that they're okay to lose, then they can feel free at the margin to sort of play the game, so to speak," she says.

"But I think when we think about what makes the most sense for securing the long term future of an investor, that's really where Betterment plays," she adds. "We think about retirement and we think about: 'What are the choices you can make now that can give you a better life long term?'"