Didi stock: How it is performing on first full day of trading

Didi priced its IPO Tuesday evening at $14 a share, giving the company a fully diluted valuation north of $67 billion. The firm raised $4.4 billion through the offering, in the largest IPO of a Chinese company in the U.S. since Alibaba's (BABA) $25 billion listing in 2014.

The modest move higher in the stock's first day of trading belied the anticipation surrounding Didi's IPO in the months leading up to it. The company has matured into a tech behemoth in China, edging out Uber (UBER) and becoming by far the biggest ride-hailing player in the world's second-largest economy. Uber sold its Chinese business to the company in 2016 and still retains a stake in Didi. Didi has also won the backing of major investors including SoftBank and Tencent. And it has also redoubled its efforts in building out electric and autonomous vehicles to add to its core ride-hailing efforts.

"I think it underscores two things: Ride-hailing as a sector is really turbulent. The path toward profitability remains unclear," Howard Yu, IMD Business School professor of management and innovation, told Yahoo Finance of the stock's public debut. "And in the case of Didi, no doubt is it the king in ride-hailing in China, and yet the politics behind [it] and the increased scrutiny of tech giants in China casts a long shadow to a very promising company."

Like other companies including Alibaba, Didi has been subject to the Chinese government's crackdown of domestic technology giants. Concerns over antitrust violations and monopolistic behavior have been at the core of the clampdown. In its prospectus to go public, Didi acknowledged meeting with China’s market regulators earlier this year and wrote that it "cannot assure you that the regulatory authorities will be satisfied with our self-inspection results or that we will not be subject to any penalty.” 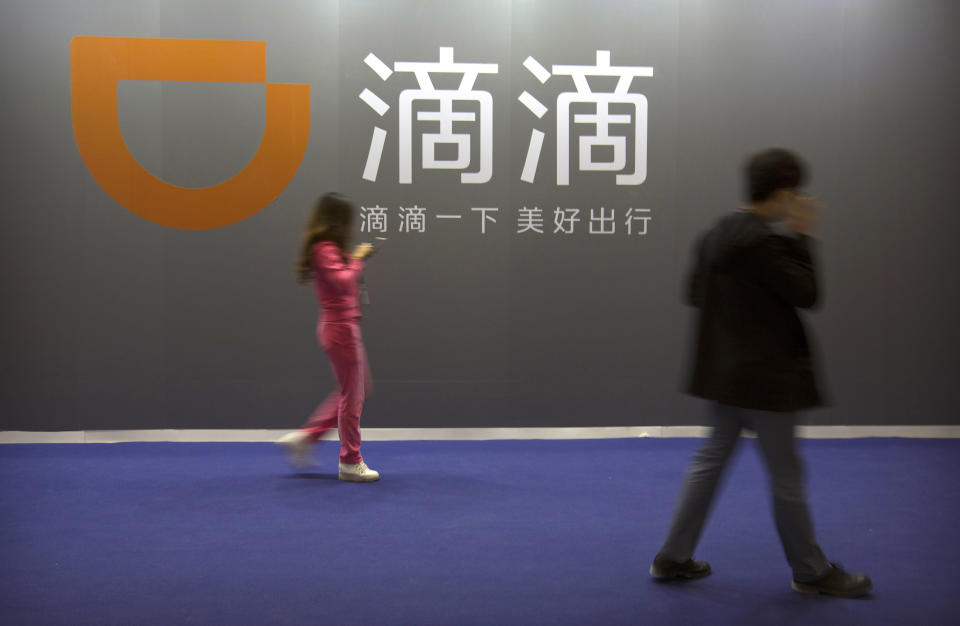 Didi says it lost $5.5 billion over the past three years ahead of its U.S. stock market debut Wednesday, June 30, 2021, but it’s highlighting its global reach and investments in developing electric and self-driving cars. (AP Photo/Mark Schiefelbein,File)

And as a Chinese company, Didi also faces regulatory concerns in the U.S. Both chambers of Congress have recently passed legislation requiring that foreign companies have their financials audited to ensure compliance — a move China's government has contended. Firms that fail to comply could face delisting from U.S. exchanges.

"Just because you build a platform business — although they're very hot — doesn't mean that all platforms can be as profitable as Google or Facebook and all that," Yu added. "By definition, ride-hailing or ride-sharing is a local business, and that played out in the case of Didi. They're very big in China, but elsewhere, they're not that successful."

Still, Didi operates across 15 countries and in a total of about 4,000 cities, counties and towns, and has cited a $3.9 trillion mobility market opportunity by 2040 in China alone. Average daily transactions totaled 41 million in the 12 months ended in March 2021, and a total of 493 million annual active users were on the platform over that period.